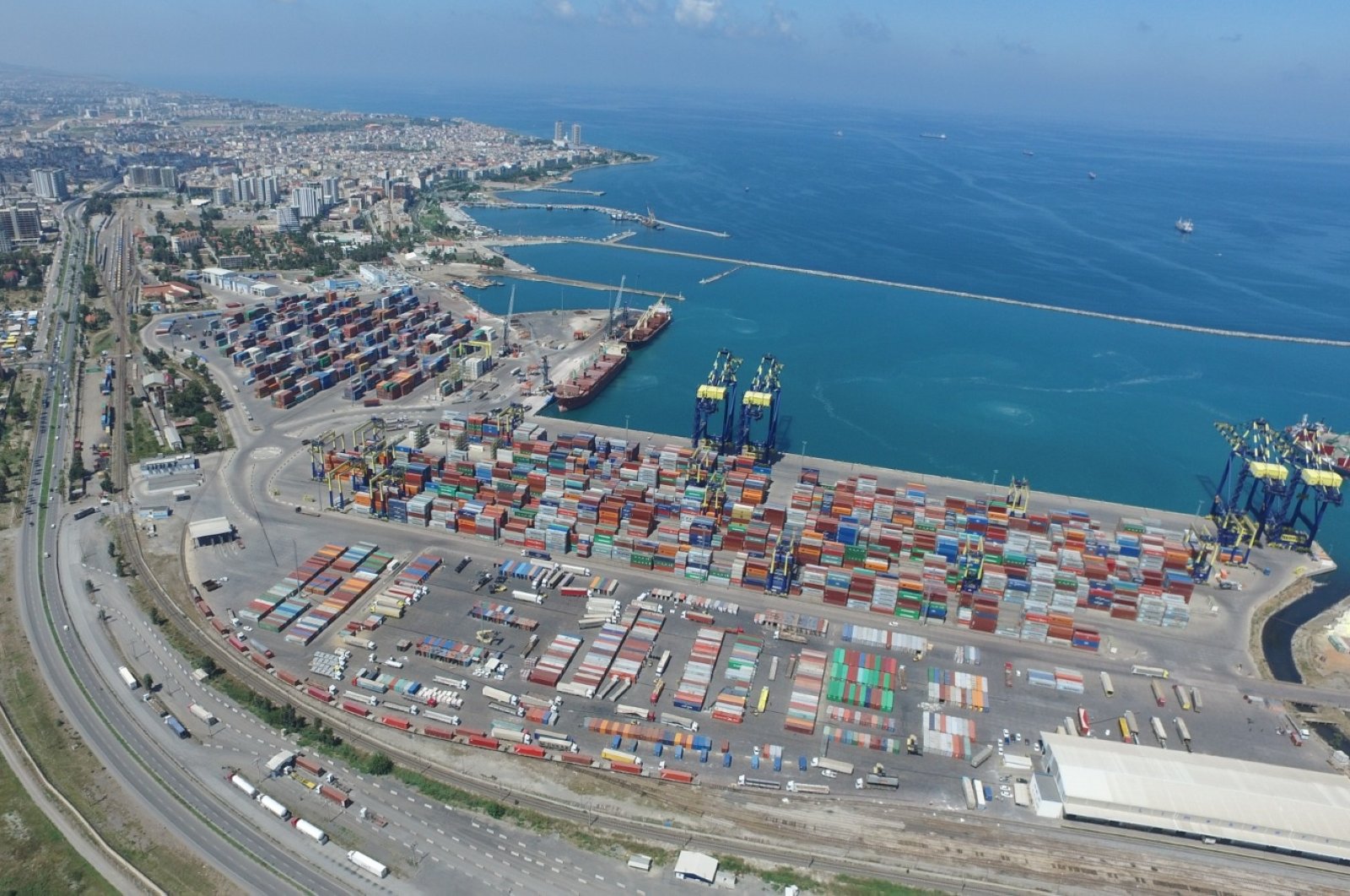 Exports totaled $12.5 billion (TL 92 billion) across the month, while imports grew 20.6% to $18.8 billion in the same period, the Trade Ministry's preliminary data showed.

The coronavirus has hit trade with Turkey's main partners in Europe and the Middle East in recent months.

Exports dropped significantly in March when the pandemic struck but had been recovering.

The decrease in exports stemmed from weak demand in the EU and disruption in the automotive sector last month, Pekcan wrote on Twitter.

“We believe our foreign trade will gain strong momentum in the period ahead, thanks to both national policies and to the normalization of our main export markets, notably the EU,” she said.

She noted that Turkey would continue efforts for product and market diversification and enhance the competitiveness of its exporters.

Imports of gold – which also logged record highs this summer – leaped 394% last month in Turkey to its highest since 1989 at $4.08 billion, the ministry said.

In the first nine months of this year, Turkish exports slipped 12.8% year-on-year to $102.5 billion, according to the preliminary data.

Elaborating on the data, Turkish Exporters’ Assembly (TIM) chairperson Ismail Gülle said eight industries had posted their highest exports ever in August, while 17 out of 27 sectors have seen a rise in their foreign sales.

Gülle also noted that they have observed a gradual recovery in the export figures to some European countries.

The ready-to-wear industry exports led the way in August, followed by automotive and chemicals, the TIM head said, citing the disruptions in the global supply chain due to the coronavirus pandemic.

Ready-to-wear exports amounted to around $1.55 billion, while the automotive and chemicals industries managed to export $1.54 billion and $1.37 billion worth of goods over the month, according to the data.

“It is important that the ready-to-order sector reaches important figures with such intense orders. We think this intensity will also be very high in September. September, October and November cover a period in which our exports and all economies rebound. At a time when the whole world is more or less affected, we are overcoming these days by diversifying our exports and concentrating on market diversity,” Gülle said.

Hazelnuts and finished goods had the strongest performance in August with $92.8 million worth of exports, a 39.3% year-on-year increase, followed by tobacco with $71.3 million, an increase of 36.1%, and the fresh fruit and vegetable industry with $130.2 million, an 18.6% year-on-year rise, according to data.