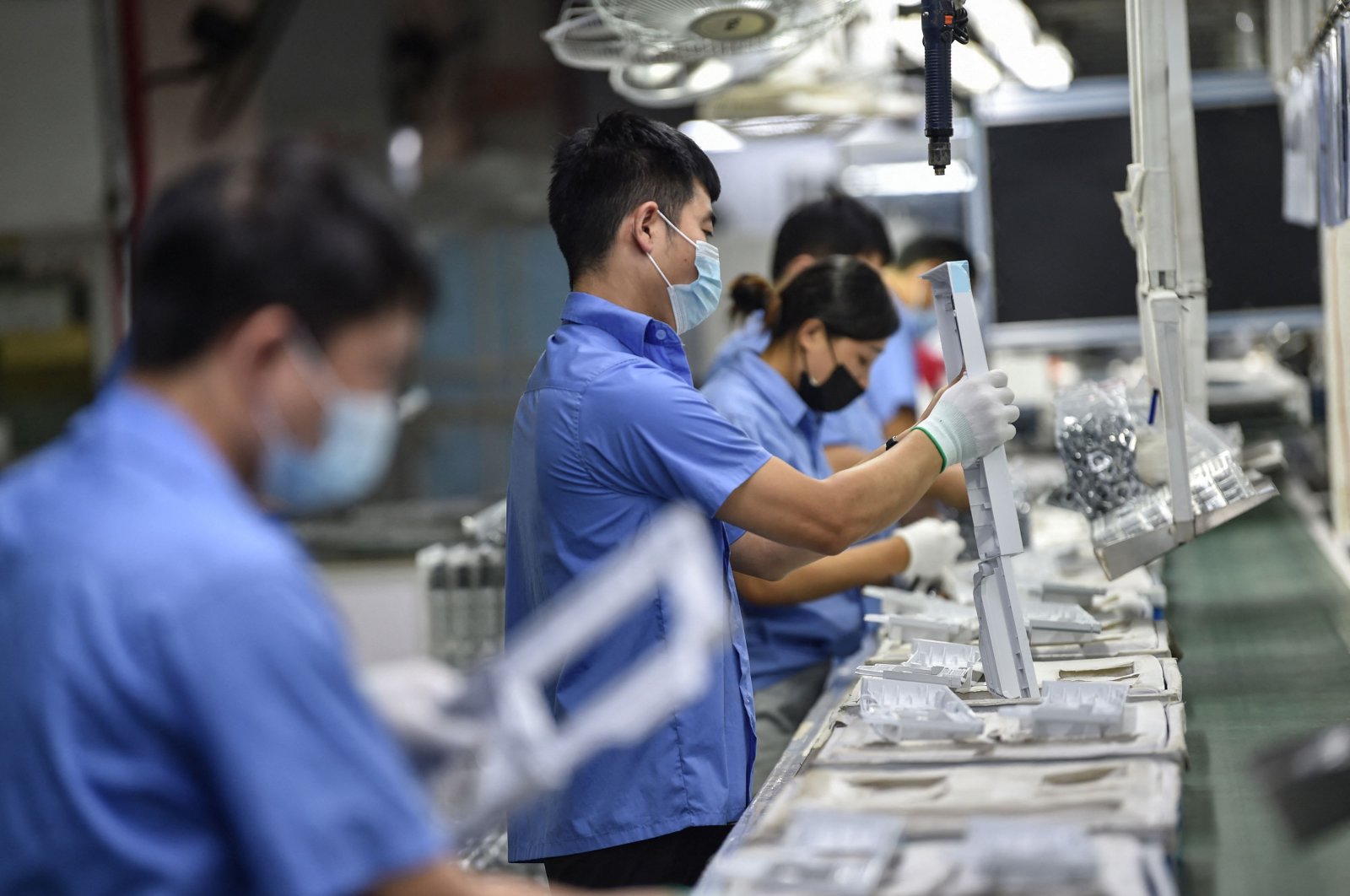 Industrial production in the world's second-largest economy increased 6.4% year-on-year in July, data from the National Bureau of Statistics (NBS) showed on Monday. Analysts had expected output to rise 7.8% after growing 8.3% in June.

China's economy has rebounded to its pre-pandemic growth levels, but the expansion is losing steam as businesses grapple with higher costs and supply bottlenecks. New COVID-19 infections in July also led to fresh restrictions, disrupting the country's factory output already hit by severe weather this summer.

Asian share markets slipped on Monday after the data showed a surprisingly sharp slowdown in the engine of global growth.

Data earlier this month also showed export growth, which has been a key driver of China's impressive rebound from the COVID-19 slump in early 2020, unexpectedly slowed in July.

The summer flooding and anti-coronavirus controls will soften China’s economic growth this year, Fu Linghui, an NBS spokesperson, said at a briefing on Monday, adding that the recovery remains uneven due to sporadic COVID-19 outbreaks and natural disasters.

The economy still is in a "recovery trend" from last year’s pandemic-induced slowdown but is likely to weaken after a relatively strong first half, said Fu.

"This year’s main economic growth trend will be 'low after high,'" Fu noted. "The domestic economic recovery still faces many challenges, and constraints on production increased."

"Given China's 'zero tolerance' approach to COVID, future outbreaks will continue to pose a significant risk to the outlook, even though around 60% of the population is now vaccinated," said Louis Kuijs, head of Asia economics at Oxford Economics, in a note.

Higher commodity prices are also pressuring small and medium-sized firms in particular. Smaller companies are unable to pass on recent rises in raw material costs to buyers, said a sales manager at a medical equipment factory in the eastern province of Jiangsu.

"We don't dare to increase our prices ... but our prices cannot fall. Otherwise, there will be no profit at all," he said.

China's producer price inflation, which grew 9.0% from a year earlier in July, will likely remain high for some time, the NBS said on Monday.

A growing number of analysts have been cutting their third-quarter growth estimates for China. The country's gross domestic product (GDP) expanded 7.9% in the April-June quarter from a year earlier.

"Although they are unlikely to inject massive stimulus to boost headline growth, the central bank will maintain an easing bias," said ANZ analysts in a note.

“The economy will still maintain a stable recovery,” he said. “The quality of development will continue to improve.”

After the central bank reduced the amount of cash banks must hold as reserves in July, many analysts expect another cut later this year to support growth.

China's central bank injected billions of yuan through medium-term loans into the financial system on Monday, which many market participants interpreted as an effort to prop up the economy, although the cost of such borrowing was left unchanged.

Fixed asset investment grew 10.3% in January-July from the same period a year ago, compared with an 11.3% rise tipped by a Reuters poll and a 12.6% increase in January-June.

Property investment, a crucial growth driver of China's recovery from COVID-19 disruptions, grew 12.7% in January-July, versus a 15% rise in the first half of this year.