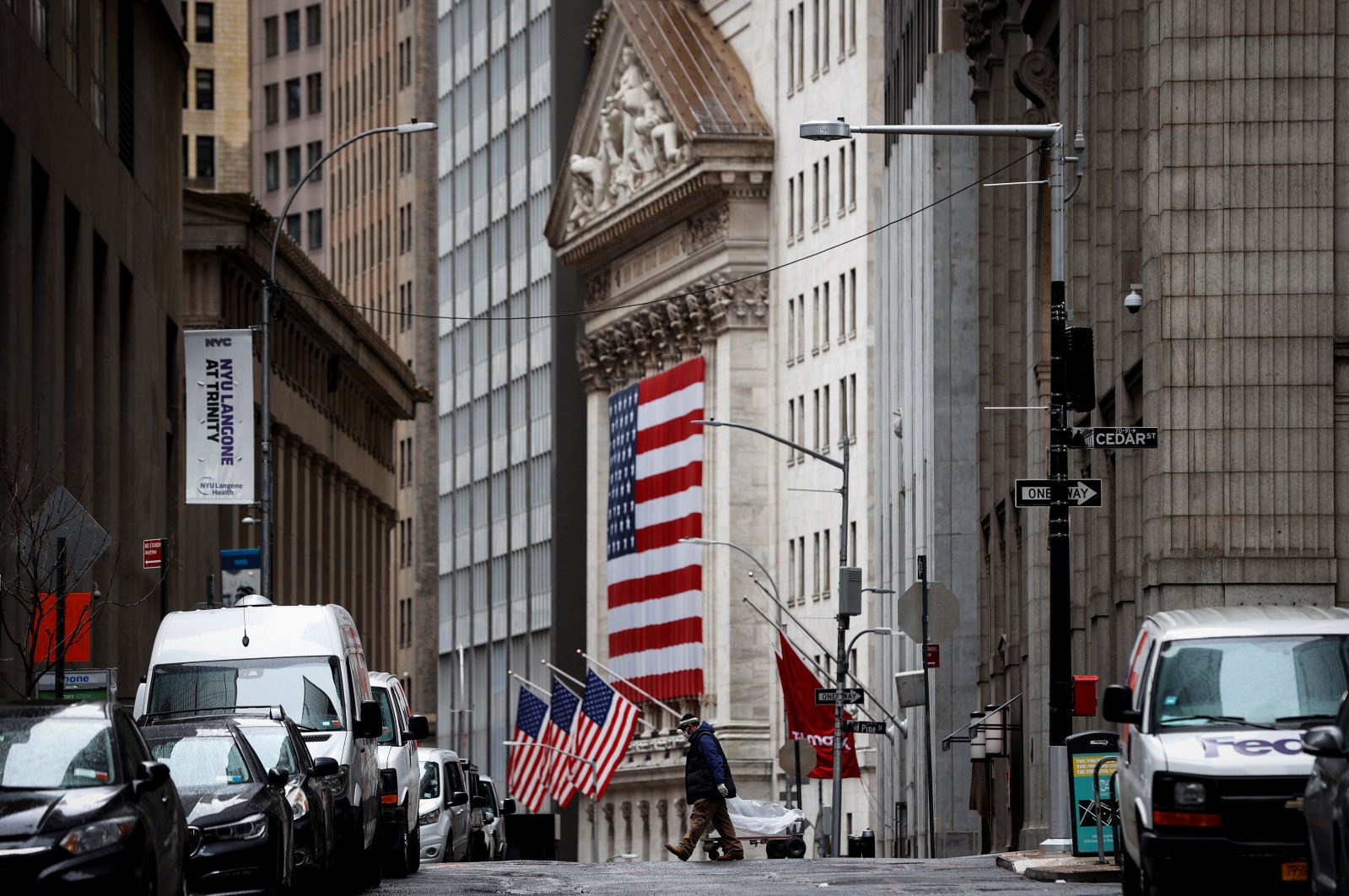 The S&P 500 was on track to recoup about $1 trillion in market value on Monday in a frantic rally after New York, the biggest U.S. coronavirus hot spot, reported a fall in daily deaths, raising hopes that the pandemic could level-off soon.

The S&P 500 banking index soared 7.3% and was set for its best day in more than a week, with Bank of America, Citigroup, Wells Fargo and JP Morgan advancing between 5% and 8%, tracking Treasury yields.

"Seeing signs of stabilization in New York City is probably the most important thing given the amount of capital that's controlled through managers that live in the area," said Thomas Hayes, managing member at Great Hill Capital LLC in New York.

"It's a tremendous relief for the market (but it's) not to say that we're through the woods yet, because we're going to have a tough week or two ahead," he said.

The S&P 500 has fallen more than 20% since its all-time highs in mid-February, marked by wild day-to-day price swings, as the novel coronavirus brought business activity to a virtual halt and sparked mass layoffs.

Despite the slowdown in the death toll in New York, U.S. officials girded the country for a "peak death week" from the pandemic.

Wall Street's fear gauge fell to its lowest in two weeks, but analysts cautioned against calling a bottom in equity markets. During the financial crisis of 2007-2008, the S&P 500 took months to establish its bottom even after the volatility index plummeted.

"This still looks like a case of over optimism," said Marios Hadjikyriacos, investment analyst at online broker XM.

"A lot of uncertainty is still in the air and there is no clear timeline for when any of these economies will be reopened, which is the most important variable for markets."

Boeing Co. said Sunday it was extending the suspension of production operations at its Washington state facilities and it would stop paying about 30,000 workers this week.

The planemaker's shares rose 5.8%, but are still down nearly 60% this year.

Profits for S&P 500 firms are expected to drop in the second quarter and investors fear more dire forecasts as demand across sectors including airlines, luxury goods and industrials evaporates.

Video conferencing app Zoom fell more than 8% on concerns over its data privacy practices and increased competition from deep-pocketed rivals.