Spread of delta variant knocks wind out of UK economy 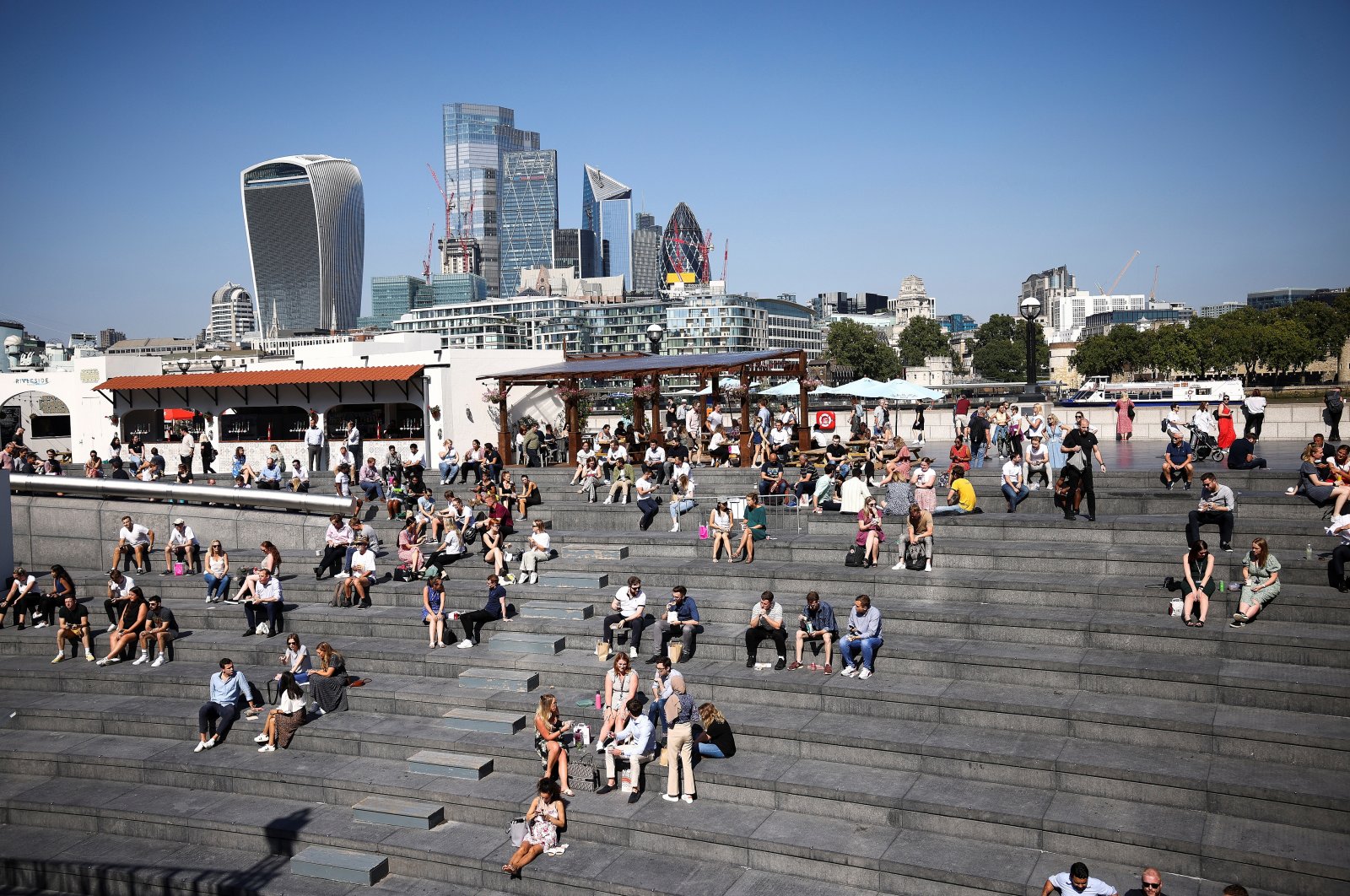 London's financial district can be seen in the background as people relax in the sunny weather on the south side of the River Thames in London, Britain, Sept. 7, 2021. (Reuters Photo)
by REUTERS Sep 10, 2021 11:45 am
RECOMMENDED

Britain's economy unexpectedly slowed to a crawl in July as the delta variant of COVID-19 spread rapidly after lockdown restrictions were eased and as a "pingdemic" kept many workers at home self-isolating.

Economic output rose just 0.1% in July, the Office for National Statistics (ONS) said on Friday, the smallest monthly increase since January when Britain went into a new national lockdown.

Economists polled by Reuters had mostly expected a month-on-month growth of 0.6% in the gross domestic product (GDP). Only two of the 26 analysts had expected such a weak reading.

Finance Minister Rishi Sunak said he was confident that the economy would continue to recover from the pandemic.

But the slowdown in growth may bolster the case of Bank of England (BoE) officials who think it is premature to talk about withdrawing stimulus, despite growing inflation pressure.

"Stalling GDP and rising inflation will leave a whiff of stagflation in the air," said Paul Dales, chief U.K. economist at the Capital Economics consultancy.

Britain saw a sharp increase in COVID-19 cases in July as the delta variant spread rapidly, leading to hundreds of thousands of workers being ordered to stay at home under self-isolation rules, which have since been relaxed.

The ONS said some businesses had complained of staff being unable to come to work because they were required to self-isolate – the so-called pingdemic – and a fall in construction output was linked to post-lockdown problems in global supply chains.

The dominant services sector was flat in July from June with output in consumer-facing services falling for the first time since January, driven mostly by a drop in the retail sector.

Industrial output grew by 1.2%, boosted by the return to production of an oil field, but manufacturing was flat.

Construction output fell by a monthly 1.6%.

Early signs of how Britain's economy fared in August have suggested that consumers got back to spending, with unofficial measures of retail sales and broader expenditure bouncing back.

Data published on Thursday showed spending on payment cards returned to 99% of its pre-pandemic level in early September.

But businesses continued to struggle in August with staff shortages and supply chain problems – and it remains to be seen how this week's announcement of tax hikes for workers and employers, to fund health and social care, will affect the economy.

"This week the market voted that the impact would be negative, as the share price of economically sensitive companies such as house-builders fell," said Emma Mogford, fund manager of Premier Miton's Monthly Income Fund.

Separate ONS data showed Britain's goods trade deficit hit a seven-month high in July at 12.7 billion pounds ($17.60 billion), widened by a slowdown in exports to the European Union that have been hit by post-Brexit trade barriers.