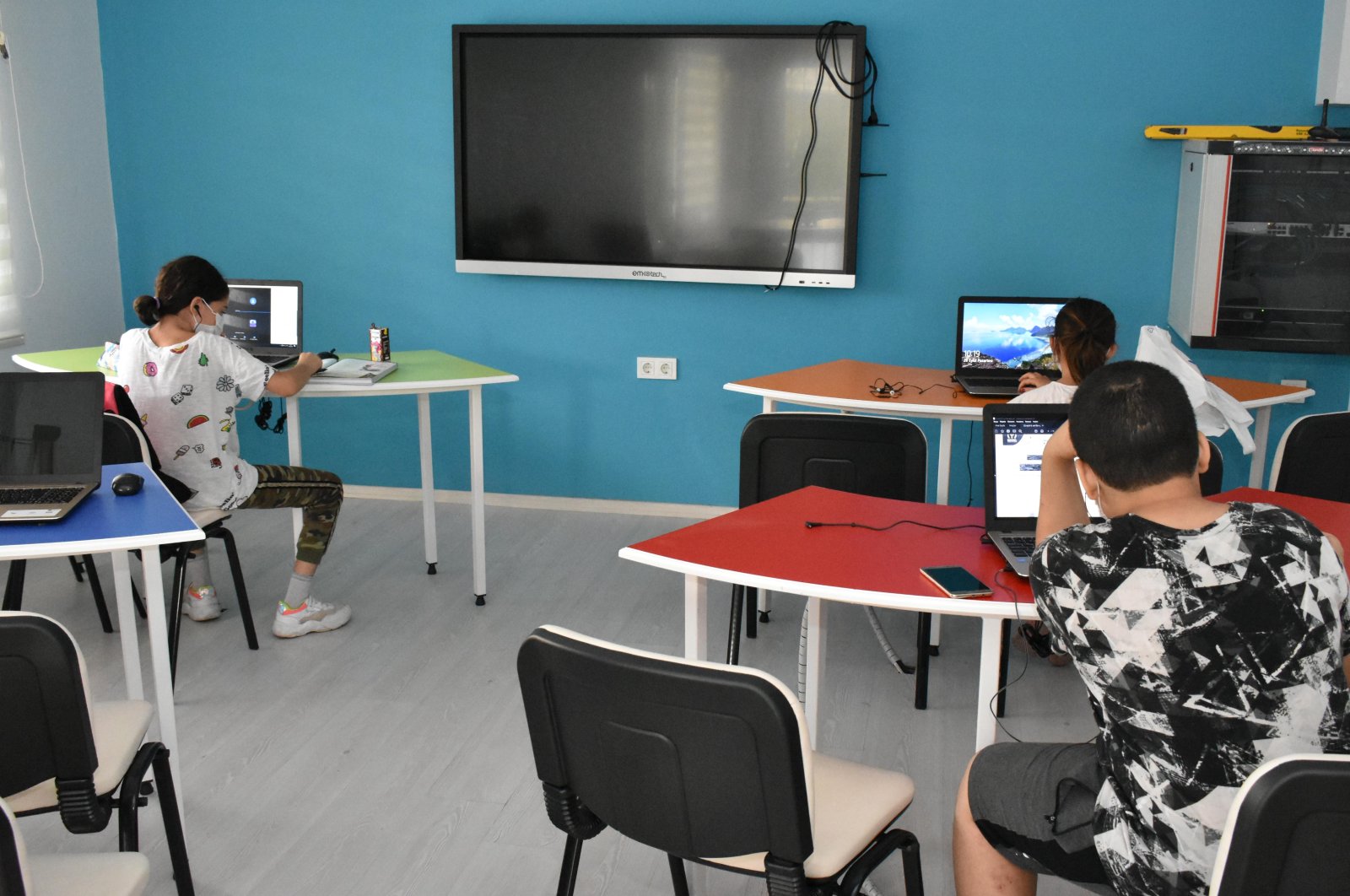 Online education in Turkey has brought along significant changes to the traditional school supplies shopping that parents usually do for their children prior to the start of each semester.

The demand for technology products, particularly computers and tablets, peaked in September, causing major supply disruptions, according to industry representatives.

Sales of computers and tablets are said to have jumped threefold this month.

Schools in Turkey were closed in March due to strict measures aimed at preventing the coronavirus pandemic.

As part of a scaled-back reopening, first-graders and kindergarten students were last week allowed to go back to school. The country plans to gradually ensure a return of millions of students to class in the coming weeks, based on the course of progress.

Turkey has managed to run a relatively successful online education program since March.

This trend caught technology sellers on the wrong foot amid a major demand. Sales of personal computers could easily exceed 2 million units or more by the end of the year, up from 1.6 million units in 2019, if the supply issue is resolved, the Turkish Dünya daily cited industry representatives as saying.

Online education has also boosted tablet sales, which have reached 600,000 units in the first half of the year. In comparison, some 700,000 units were sold in the whole of 2019.

The tablet market is expected to grow by over 60% by the end of the year.

Sales of other tech equipment, including printers, modems, webcams, hard disks, mice, keyboards, speakers and headphones, have also become an important part of the back-to-school shopping.

Meanwhile, according to data from the Turkish Statistical Institute (TurkStat), computer prices in Turkey have jumped 67% in the last year. A machine with an average price of TL 4,000 ($512) during last year’s summer season cost over TL 7,000 in August this year.

Sector representatives say that while approximately 250 million computers are sold annually around the world, the Turkish market has been behind its potential due to the exchange rate, noting that the country should reach at least 2.5 million.

During the first eight months of 2020, some 915,000 computers were bought, a 40% increase over the previous year. Portable computer sales have also jumped by 70%.

Bülent Gürcan, general manager of the Turkish technology chain Teknosa, said that an upward trend in sales has been observed both in stores and online as of the second week of August, with demand increasing for notebooks and tablets.

“The technology market has grown by 25% year-on-year during the first seven months, reaching TL 44 billion,” he said, while the information technologies category has shown record-breaking growth of up to 80%.

Consumer electronics chain MediaMarkt Turkey Chairman Yenal Gökyıldırım similarly said that the continuation of online education significantly boosted notebook and tablet demand as of the second week of last month as the sales of those products increased by 300% year-on-year at MediaMarkt stores.

Notebook sales increased by 200%, while tablets also increased by 180%,” he said, adding that in addition, Microsoft Office demand has risen accordingly.