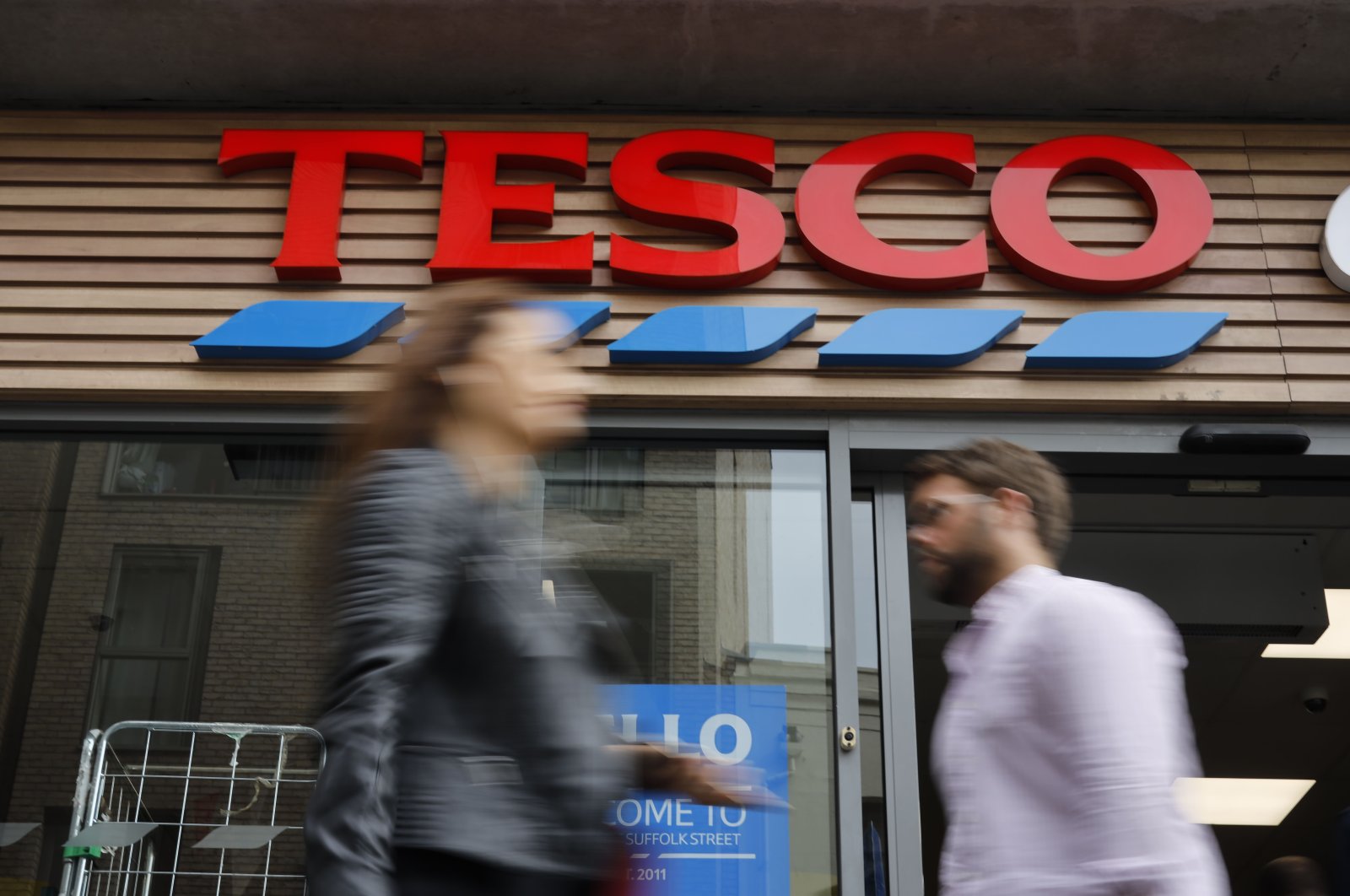 In its annual earnings update, Tesco said costs were forecast to increase by between 650 million pounds and 925 million pounds ($787 million and $1.12 billion) on "significant ... increases in payroll, distribution and store expenses."

CEO Dave Lewis said "COVID-19 has shown how critical the food supply chain is to the U.K." but he noted that "initial panic-buying has subsided and service levels are returning to normal."

Tesco said that "more than 45,000 new colleagues" joined since March 20, including drivers helping to meet soaring demand for home deliveries. Lewis told reporters the company currently had around 55,000 employees absent from work. According to its website, Tesco employs around 320,000 people in Britain.

Sales surged by nearly one third during the short-lived panic-buying, Tesco said. It added that "the size and nature of our workforce means we have experienced a significant absence of colleagues."

However the surge in new jobs meant that Tesco has been able to increase home deliveries by more than 20%, or 145,000 extra drops.

"Whilst we have already stepped up our capacity on grocery home shopping ... and will continue to increase this, there is simply not enough capacity to supply the whole market," Tesco said.

The company said 85% to 90% of all food bought will still require a visit to a store.

"We will continue to try and prioritise home delivery for the most vulnerable in society," Tesco added.

The supermarket group said Wednesday if trading returned to normal by August, it was likely the extra expenses for its retail operations – mainly staff and logistics costs – would be offset by higher sales and relief from a business tax introduced by the government to help companies through the crisis. But it warned Tesco Bank would likely dip to a loss in the 2020-2021 year, hurt by a reduction in income from all its activities, including credit cards, loans and travel money.

"What the government has done is recognize there were going to be incredible additional costs to keep feeding the nation," he told reporters.

He said the dividend was to reward shareholders, both large and small, who rely on the income, for Tesco's performance in the year ended Feb. 29, which pre-dated the crisis.

"Whilst we appreciate that this may not be the case for a number of sectors or industries where there may not be any choice but to suspend dividends and preserve cash, we are in a strong position to pay out ... we believe that it is right to do so," he said.

With some other retail businesses, such as department store group Debenhams, in dire straits, Bernstein analyst Bruno Monteyne was reassured there were "no doomsday concerns playing out" at Tesco, with the coronavirus crisis having a "neutral impact on retail, but a one-year hit in banking profits."

Britain's supermarkets saw a surge in demand as shoppers stocked up on essential goods such as toilet paper and pasta ahead of a national lockdown to contain the spread of the virus. Industry data last week showed U.K. grocery sales leaped more than a fifth to a record 10.8 billion pounds in the four weeks to March 22.

However, the crisis has come with higher costs, such as the implementation of social distancing measures that restrict the number of shoppers in stores at any one time, expanding online delivery operations, giving staff bonuses and hiring more employees.

Tesco's wholesale business Booker has also been hit by the closure of hotels, pubs, restaurants and cafes, as has demand for clothes and general merchandise.

Lewis said that he did not expect Easter trading to see the same peak as previous years.

Coronavirus has infected more than 55,000 people and killed almost 6,200 across the U.K. Among those battling COVID-19 is Prime Minister Boris Johnson, who was spending a third day in intensive care at a London hospital.

Britain has been on lockdown for almost three weeks, a situation that is expected to last a while longer. The government has urged Britons to keep supermarket visits to shopping for essential items.

"Tesco's financial year ... ended on 29 February and does not therefore reflect the month of March when supermarkets generally were at full throttle," noted Richard Hunter, head of markets at Interactive Investor.

Ahead, "there will of course be a boost to sales – an uplift of 30 percent was seen during the initial panic buying phase," he added.

Despite the pandemic, Lewis said Tesco still expected to complete the 8.2 billion pounds sale of its business in Thailand and Malaysia to Charoen Pokphand Group in the second half of the year.

And he still plans to leave Tesco on Oct. 1 after six years in the job, handing over to Ken Murphy, a former executive of Walgreens Boots Alliance.