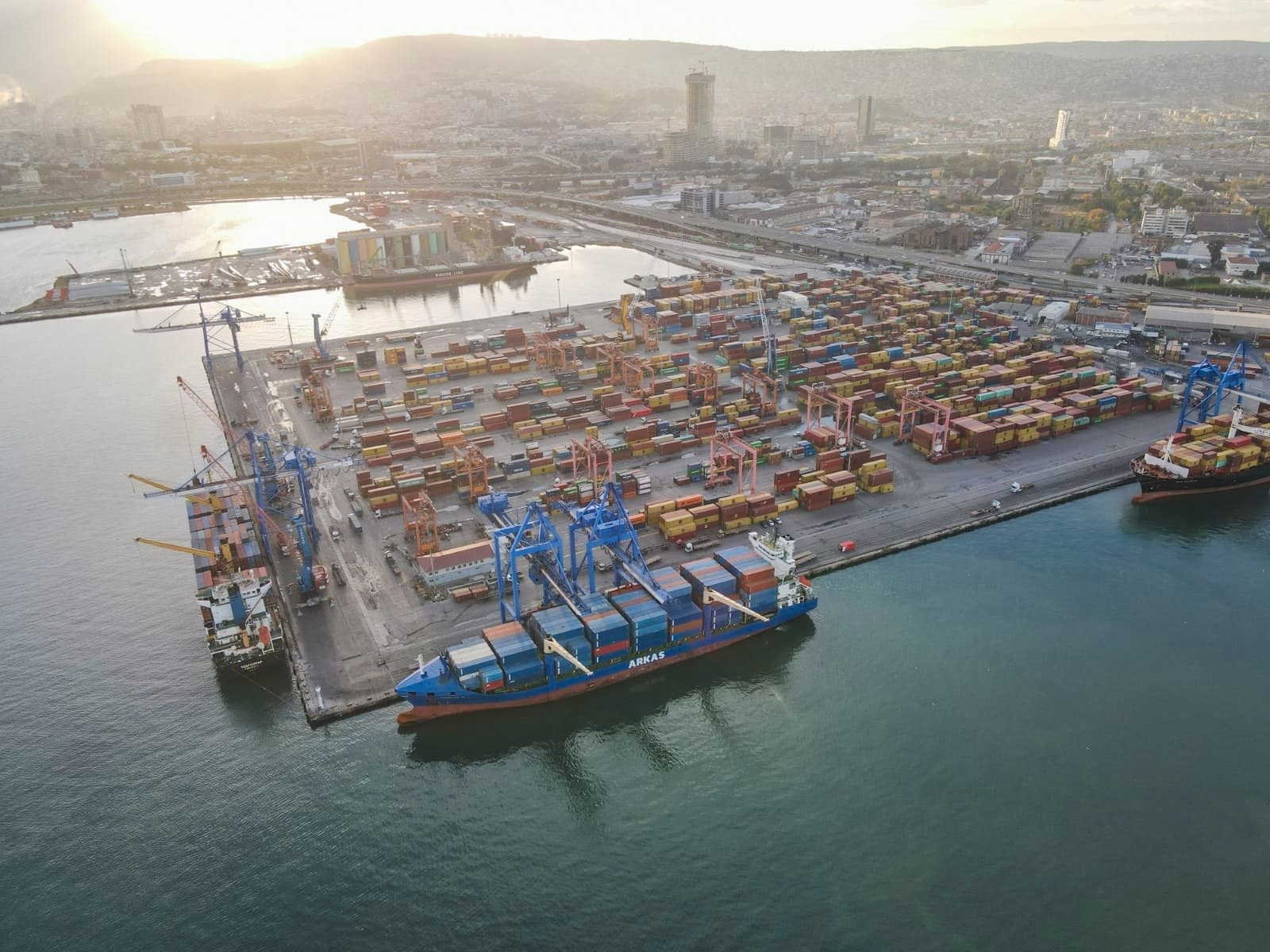 Trade blocs in Africa and the Asia Pacific regions, the European Union’s Green Deal, the supply chain and the new administration in the United States will top the agenda of the Turkish business world for the period ahead, the head of the Foreign Economic Relations Board (DEIK) said Tuesday.

In an online meeting with economy editors, DEIK Chairperson Nail Olpak elaborated on the board’s evaluations and suggestions for the coming period.

Olpak referred to the new Biden administration in the U.S. as well its reflection on the economic ties between the two NATO allies in the days ahead.

“We are looking forward to where our bilateral trade relations will go in the new period,” he said.

“We are interested in the repercussions of politics on the economy. We wonder what kind of process the new administration will follow. This is one of our important agenda items ahead.”

He said the business world particularly wonders what will happen to the $100 billion trade goal embraced in July 2019 by President Recep Tayyip Erdoğan and his outgoing American counterpart, President Donald Trump.

Another important matter is the free trade agreement (FTA) between the two NATO allies, Olpak said, expressing hopes for positive developments on the subject.

“We want the $100 billion trade target to be embraced by the new U.S. administration; we also attach importance to starting the negotiations for the free trade agreement,” Olpak said.

“We see lobbying activities in the U.S. as a critical move for Turkey,” the DEIK head said. “We believe that the Turkish private sector should create a common and sustainable resource for lobbying.”

In a letter to Biden last month, the Turkey-U.S. Business Council (TAIK) proposed establishing a binational commission that would enable easier communication between Turkey and the U.S., help address problems and find ways to cooperate.

Olpak said the commission would contribute to the process of solving burning issues between the two countries.

He also emphasized that a state-based communication system should be set up across the U.S.

As part of another study, named T100, he said the Turkey-U.S. Business Council was assigned to make 100 opinion leaders and decision-makers in the United States friendly to Turkey.

Olpak said efforts should be enhanced more on the concept of the global supply chain, noting the need for broader discussions on what could be done regarding the matter.

“We see that the concepts of the supply chain, proximity to the user, accessibility and globalization are gaining importance. As a result, we believe that the exports of Far Eastern countries will be affected, and the demand for business and investment in Turkey will increase due to its proximity to important markets, especially Europe, and new opportunities will arise,” Olpak said.

“The Turkish business world should evaluate this opportunity very well,” he said, noting that they should focus on developments in the Far East, China and the Asia Pacific region.

‘Negotiations with EU must continue’

The DEIK head also elaborated on the relations with the EU and Turkey’s potential membership in the union, the country’s largest trade partner.

He said the negotiations, which he pointed out had turned into an “endless story,” should continue no matter what, stressing that the customs union with the bloc must be updated.

“The EU accession process, updating the customs union and expanding its scope have become even more urgent,” Olpak said.

He particularly referred to the European Green Deal, clinched last year, which forms a key plank of the bloc’s plan for the EU to both recover from the economic ravages of the COVID-19 pandemic and meet the goals of the Paris climate agreement, which aims to limit global warming.

Stressing that the process is important for Turkey as well, he said it is also a new economic model, while on the other hand, it contains serious risks.

Some criteria that have not yet been named constitute risks that could see some unclassified products that do not comply with the deal remain at customs, he said, stressing that major negative effects on trade could emerge with Turkey’s largest trade partner.

“So, we have to carefully consider all the dimensions of this process,” he said, adding that necessary measures should be taken as of now.

Olpak emphasized that they are preparing to put into action the “DEIK Green Initiative,” supported by the Trade Ministry, to protect companies from the negative impacts of the Green Deal and adapt to changing conditions.

“With an approach that we can consider as ‘Green Life,’ we believe that setting a target of ‘Zero Carbon in 2050’ for the Turkish business world will be a critical step for our companies to be motivated,” he said.

Among others, the DEIK head also stressed the importance of the African Continental Free Trade Area (AfCFTA) and the Regional Comprehensive Economic Partnership (RCEP), the world’s largest trading bloc, both of which recently came into force. He said both bear major opportunities for Turkey.

The AfCFTA brings together 1.3 billion people in a $3.4 trillion economic bloc, while the RCEP deal, consisting of China and 14 other countries, encompasses nearly a third of the global population, namely 2.2 billion, and about 30% of its global gross domestic product (GDP).

Olpak said the deal carries major importance for countries doing business with Africa, such as Turkey. He informed that studies are underway regarding what the deals could bring to the country.

“With our Turkey-Africa Business Council, we are conducting a study named ‘African Continental Free Trade Area and the effect on Turkish firms’ to inform the business world about the possible impact of the AfCFTA, provide predictions related to the countries and put forth new ideas for new strategies,” Olpak said.

“We will draw a new horizon for our business world that sheds light on the future of trade on the African continent.”

Speaking on the Asia-Pacific region, where Turkey has the largest trade deficit, Olpak further stressed that they have established an ASEAN Working Group to raise awareness and increase and balance the trade with the countries of the region.

“Through the activities of this group, we aim to create the perception of being a direct partner, not a sectoral dialogue partner, before the Association of Southeast Asian Nations (ASEAN) countries and to increase the effectiveness of the Turkish business world in the ASEAN region,” Olpak said.