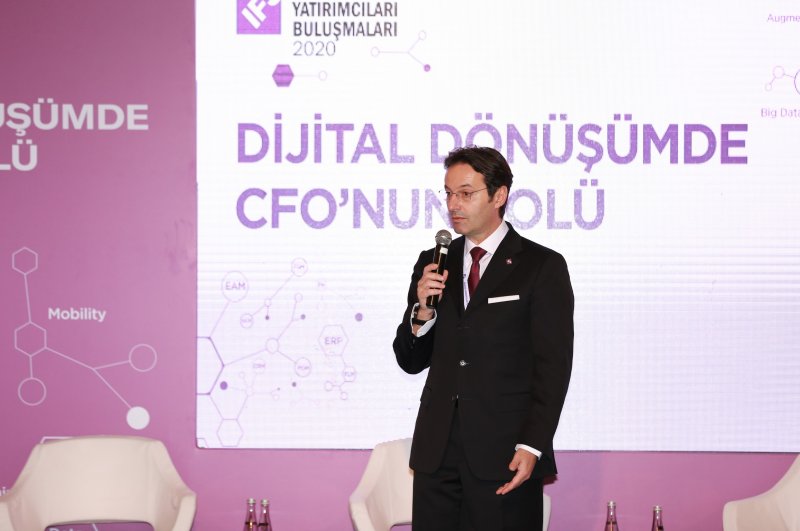 Turkey is a rapidly growing country in various sectors and is among the countries with high potential for digital transformation which only accelerates the country’s positive development and attracts future investors, a high-level official from the global enterprise software vendor IFS has said.

Speaking to Daily Sabah on the sidelines of the “The Role of the Chief Finance Officer in Digital Transformation,” summit in Istanbul on Feb. 20, IFS Global High Potential Markets Chairman Zoran Radumilo said that “readiness and being able to make choices, being able to take risks are the number one issues to achieve the opportunity of digital future, countries like Turkey, Italy or Spain being among them."

The IFS held the summit in cooperation with TCC Plus Communication Consultancy.

The opportunity laying ahead in several sectors is what makes Turkey and those countries in a group a high potential market, he said, describing those countries as quality and production oriented-markets.

The IFS has been doing business in Turkey for some 20 years, now reaching out to various sectors for financial consultancy including defense and aerospace, manufacturing, service industry, construction, energy, utility, resources, telecommunication, engineering and infrastructure.

Radumilo said the IFS is serving its customers to create the best business outcome, by jointly operating with the customer throughout the whole process.

“Any idea is a good idea, and the only question is whether it will be realized by you or someone else,” Radumilo said, giving the example that Turkey has recently introduced its first homegrown electric car which was an idea a few years back, but today “it is happening as somebody decided to do it and put all the knowledge they had."