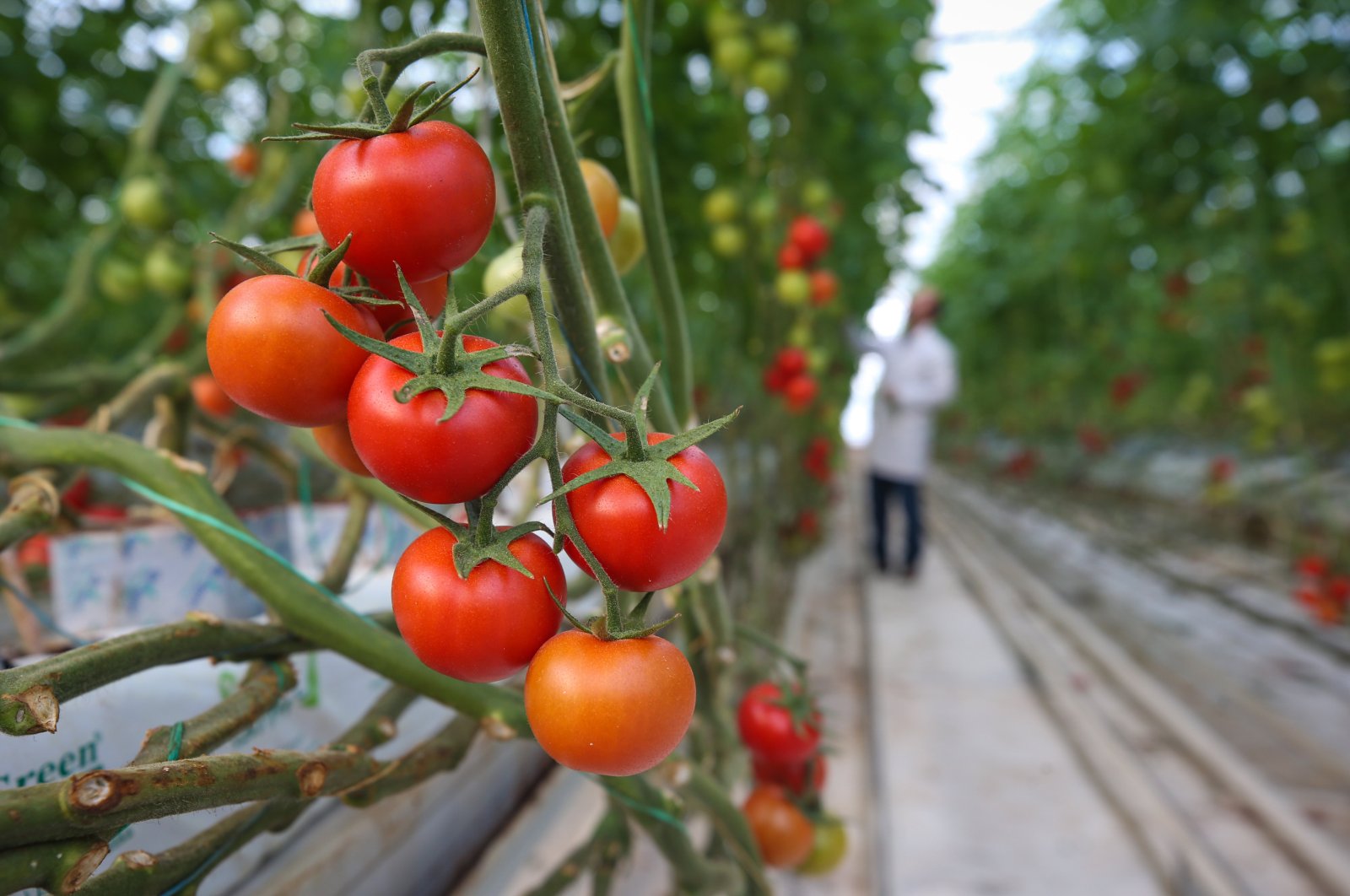 Tomatoes produced in the country have been exported to 60 countries worldwide, an Anadolu Agency (AA) report said Thursday, citing data from the Aegean Exporters' Association (EIB).

The foreign sales of the product totaled $260 million during the same period last year.

Russia, the traditional market for fresh fruit and vegetable exports, ranked first in tomato exports, as well. Sales to this country amounted to $56 million. Russia was followed by Romania with $44 million and Ukraine with $32.6 million.

Hayrettin Uçak, the chairperson of the Aegean Fresh Fruit and Vegetable Exporters Association, told AA that the rise in COVID-19 cases worldwide pushed people toward consuming more vegetables and fruits, fueling the exports.

The demand is especially high for fresh fruits, he said, noting that most of the fresh fruit purchases are by European countries.

Uçak said that Turkey exports most of its tomatoes to Russia; however, the quota problem still persists in foreign sales.

The initial 150,000 tons of the quota expired on Feb. 8, Uçak said, but the limit was then raised to 200,000 tons as a result of the mutual efforts by the ministries of both countries.

The first sales were made to Russia on March 7 following the rise in the quota, Uçak said, noting that currently 198,739 tons of the 200,000-ton quota have been exported.

However, the demand is rising from the Russian side during the winter months, and exporters hope the quota to be completely lifted through ongoing bilateral negotiations, he said.