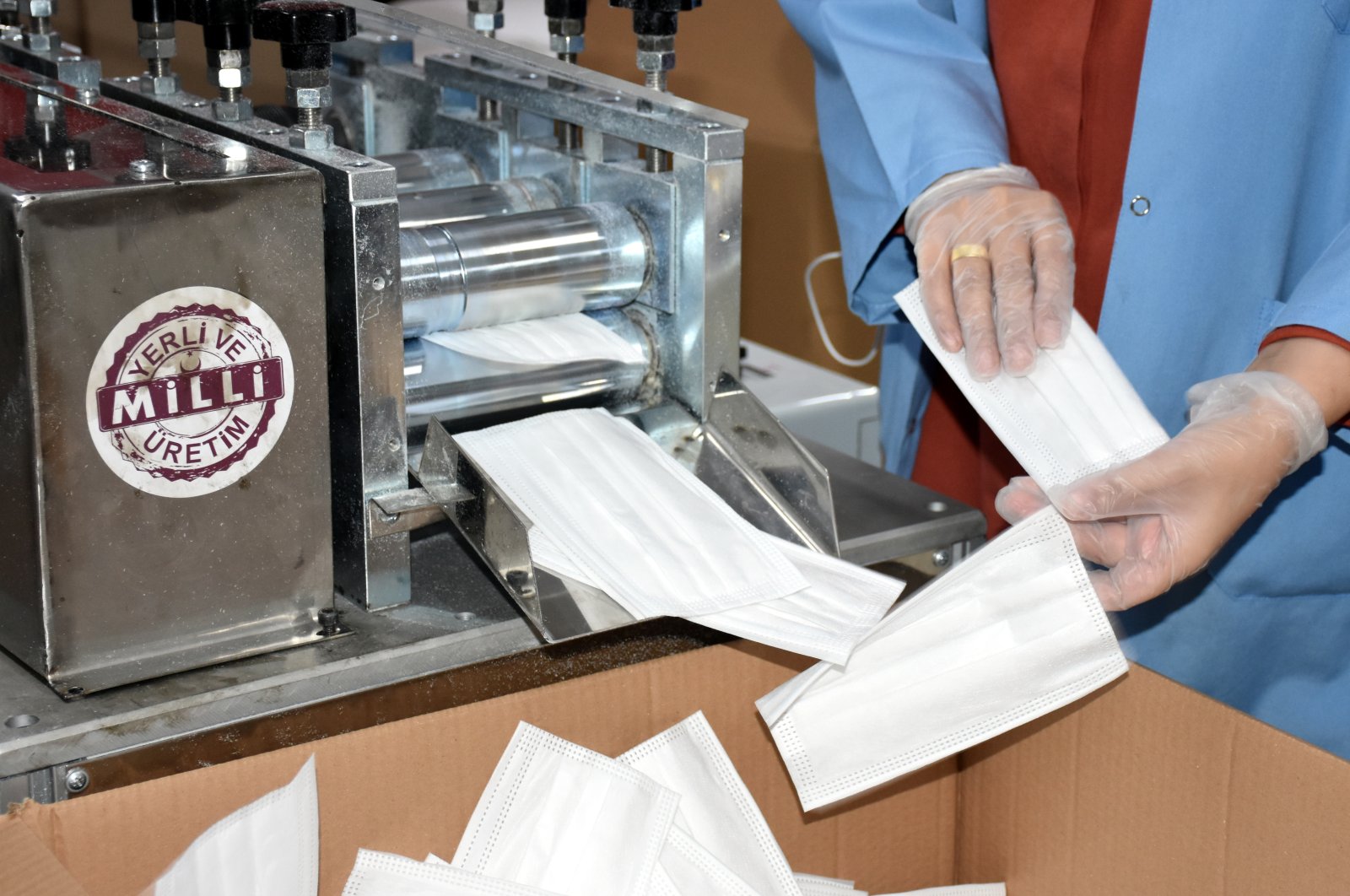 Turkey has exported $105.1 million (TL 766 million) worth of disposable medical masks during the first half of the year in a bid to assist countries in their fight against the coronavirus pandemic.

The exports were sent to a total of 108 destinations worldwide, according to an Anadolu Agency (AA) report published Thursday that compiled data from the Turkish Statistical Institute (TurkStat).

The product’s export revenue was $1.7 million during the same period last year.

Germany ranked first with nearly $14.3 million worth disposable mask exports made to the country during the January-June period. China, France, Romania and Kuwait followed Germany in imports from Turkey worth $13.6 million, $9.8 million, $8.6 million and $8.5 million respectively.

Spain, the U.K., Hong Kong, the Netherlands, Iraq, Slovakia, Saudi Arabia, Portugal, Bulgaria, Italy and Moldova also imported more than $1 million worth of disposable masks from Turkey in the period in question.

In the first half of 2019, disposable masks were sold to 47 countries in the world, while Kazakhstan, the Turkish Republic of Northern Cyprus (TRNC) and Poland led the foreign sales.

China, which ranked second in this year’s exports, did not buy any disposable medical masks from Turkey in 2019, the statistics showed, along with Spain, Hong Kong, Italy and the U.S., which are also among the top 20 this year.

The mask exports in the January-June period were approximately 1,260 tons, the data also added.