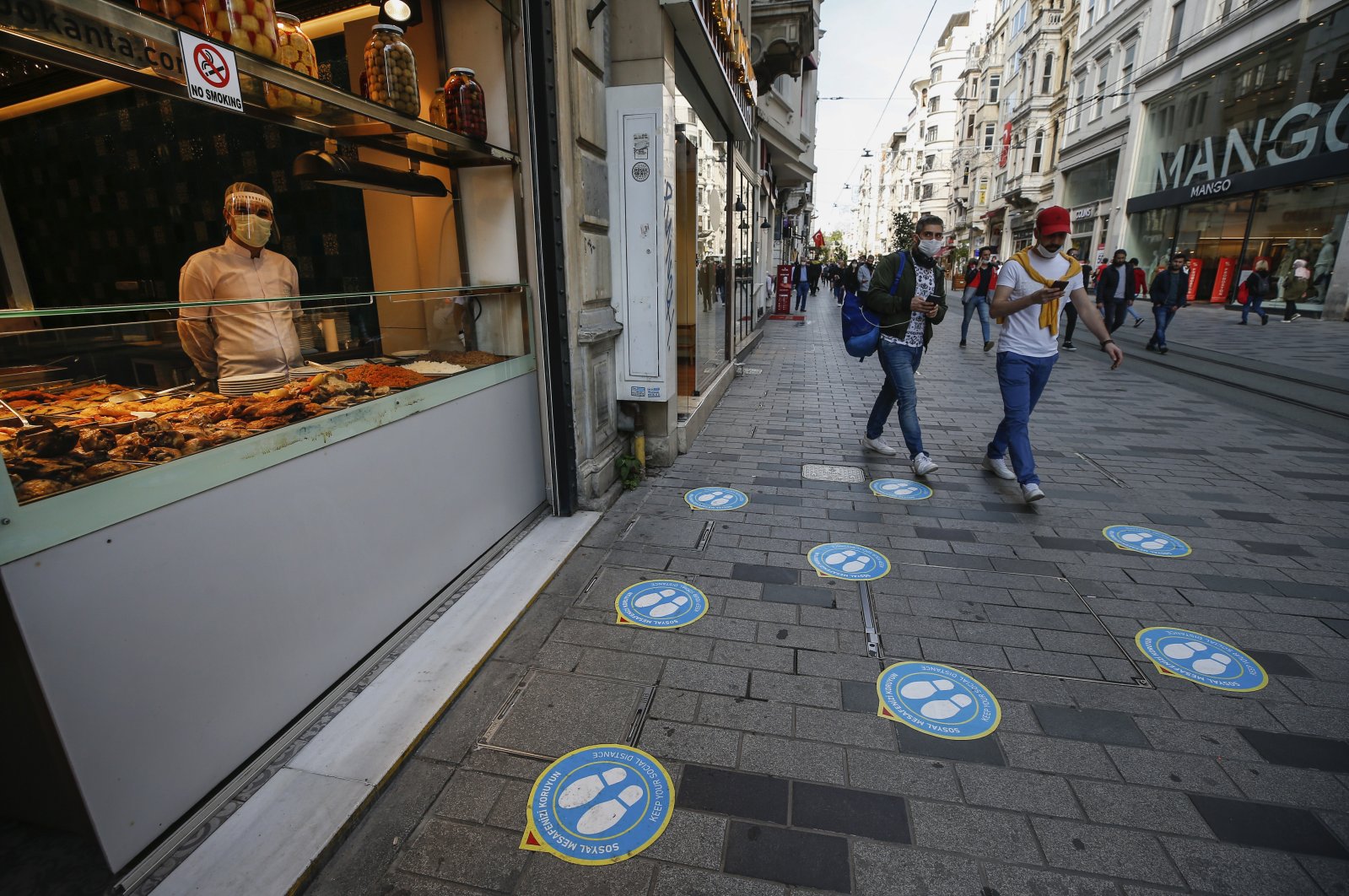 Signs, for customers to observe social-distancing measures, are seen on the road as a restaurant worker wearing a protective face mask and shield against the spread of coronavirus, waits for customers at a restaurant on Istiklal street, the main shopping street in Istanbul, June 1, 2020. (AP Photo)
by DAILY SABAH WITH AGENCIES Sep 04, 2020 12:24 pm
RECOMMENDED

Turkey has extended by two months a layoff ban it introduced to combat the economic impact of the coronavirus pandemic.

The presidential decision, which retains the ban until mid-November, was announced in the Official Gazette Friday.

The measure was first imposed in April for three months. The Turkish Parliament in July approved a law allowing President Recep Tayyip Erdoğan to extend the layoff ban until July 2021.

With the new law, Erdoğan will be allowed to extend the ban by three months each time until June 30, 2021. The previously passed bill aimed at creating a legal basis for banning layoffs to protect those lacking job security while mitigating the outbreak’s effects on the economy.

Turkey this week also extended a short-term employment allowance benefit, a system that provides additional wages to employees whose hours are cut short, by two months until the end of October.

Erdoğan will also have the authority to decide for each sector whether to extend the short-term employment allowance benefit.

Under the allowance, the government has paid 60% of staff salaries across the country. The allowance was previously extended to the end of August.

Family, Labor and Social Services Minister Zehra Zümrüt Selçuk on Monday said around 3.58 million people have benefited from the allowance since the application started.

Unemployment in Turkey edged up slightly to 12.9% in May, according to official data. The figure was up 0.1 percentage points from the same month last year.

Under its economic program, the Turkish government targets an unemployment rate for this year of 11.8%. The program projects a gradual unemployment drop to 9.8% in 2022.