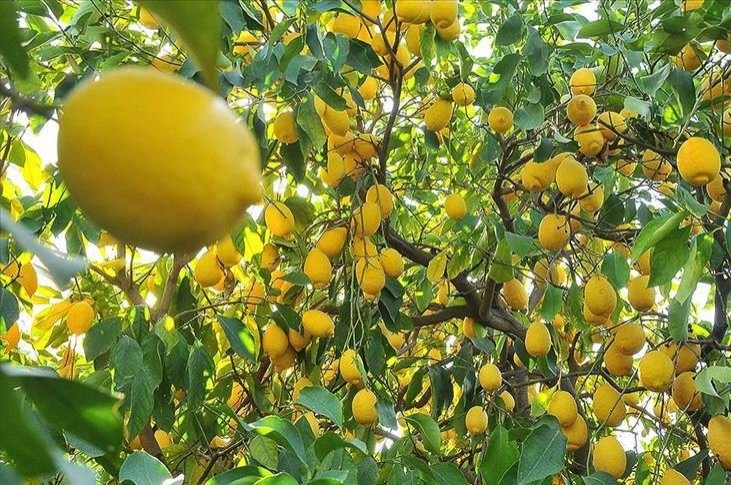 Exports of lemons will now be subject to registration, in a measure to meet the soaring local demand for the citrus fruit, which is used in the production of lemon-scented cologne, a traditional Turkish disinfectant being used to combat COVID-19.

The restriction, which was announced Tuesday with an official notice, will continue through the end of August.

Lemons are mainly being used in the production of cologne, which serves as an alcohol-based disinfectant. Lemons, which are a rich source of Vitamin C, are also being consumed by citizens to boost their immunity.

The price of lemons has seen a sharp spike since the start of the outbreak.

The exports of ethyl alcohol, cologne, disinfectant, hydrogen peroxide and melt-blown fabric, along with medical equipment such as ventilators and protective clothes, were previously limited.

The country has so far reported 30,217 cases of COVID-19, the disease caused by the novel coronavirus, and the death toll stands at 649, according to the figures announced late Monday.

Limiting exports means customs declarations for the goods in question will be registered by the general secretariat of the relevant exporters, following the preliminary approval of the Export Directorate General of the Ministry of Trade.

Since originating in Wuhan, China last December, the virus has spread to at least 184 countries and regions, according to figures compiled by Johns Hopkins University.