Turkey maps out plans to get economy rolling again 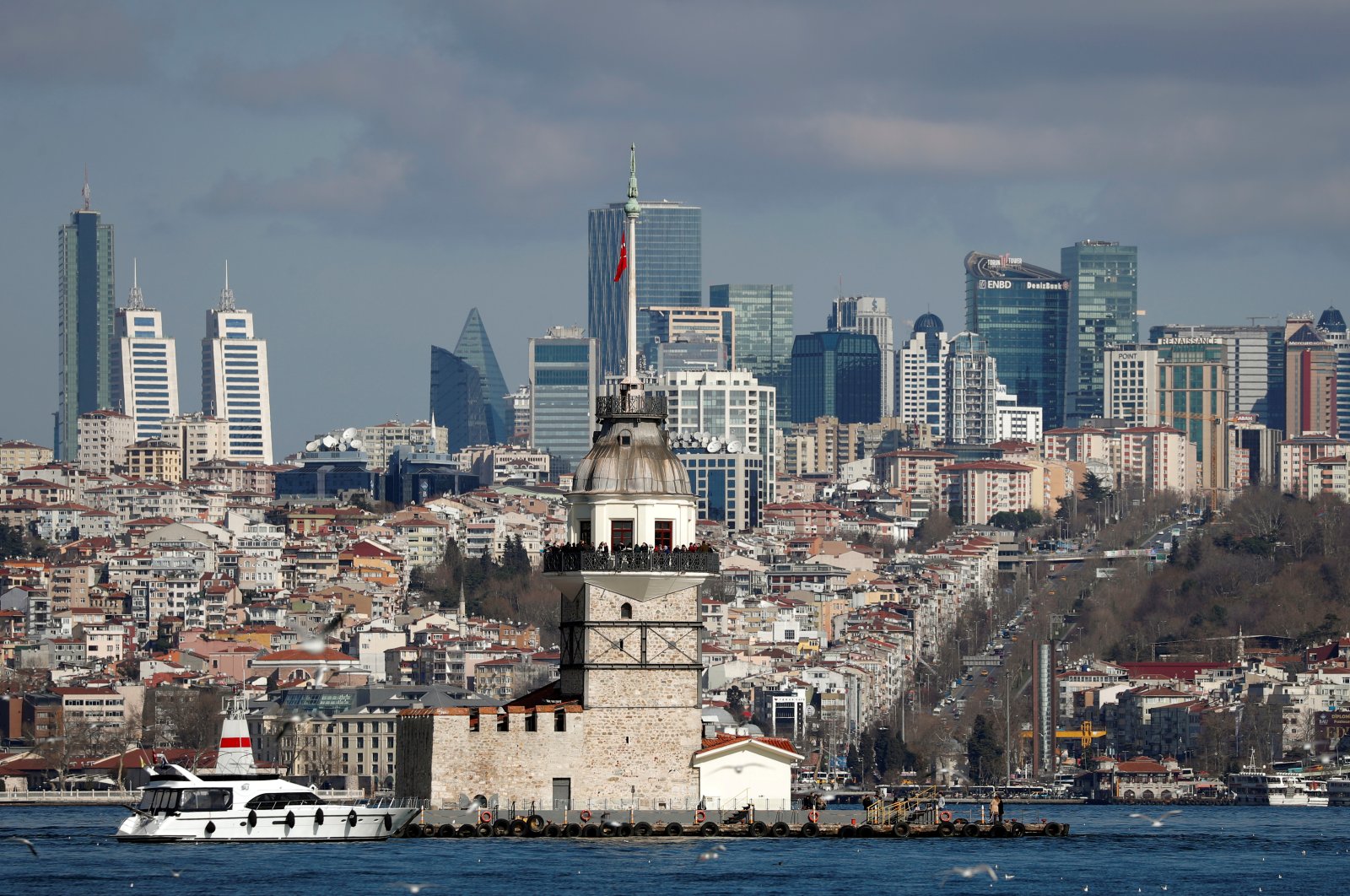 As part of steps toward return to normal life, sector representatives are looking to gradually open shopping malls and then restaurants by mid-May. Barbers and hairdressers could be among the first to open shops

After displaying a promising performance in its fight against the coronavirus outbreak, Turkey is one of the countries that has kickstarted the planning process to return to normal life and reopen the economy.

Businesses across countries have expressed the will to gradually open up in the near future. Shopping malls are preparing to open in mid-May, restaurants are adjusting to social distancing measures, and barbers and hairdressers could be among the first to open.

A series of meetings is to be held within the week with the business world, nongovernmental organizations (NGOs), and sector representatives on the issue. Suggestions from the talks will be forwarded to the Coronavirus Science Board.

If the Health Ministry, Science Board and Interior Ministry approve, hairdressers and barbers could be among the first to open, though their reopening will be carried out in a controlled manner.

Turkey on Sunday saw the lowest number of new cases in 20 days and the seventh consecutive decline in fatalities, while recoveries continue to increase.

The total number of registered coronavirus cases reached 110,130 as 2,357 more people tested positive on Sunday, according to the Health Ministry. The number of deaths stood at 99, bringing the total toll to 2,805.

So far, 29,140 people have recovered from the new coronavirus, which causes the COVID-19 disease.

Barbers to serve 2 customers per hour

The Confederation of Turkish Tradesmen and Craftsmen (TESK) Chairman Bendevi Palandöken said that it is imperative that tradesmen open their shops gradually in May.

“The Treasury and Finance Ministry and the Trade Ministry asked for an opinion. We first conveyed our suggestion to open barbers and hairdressers,” he said. “They can serve up to 12 customers per day, which corresponds to two customers per hour, without breaking the rules of hygiene and social distancing,” Palandöken noted.

Koray Erkocaman, a barber in Istanbul's Kadıköy district, said that they are waiting for an official announcement to open their shops as soon as possible. “I am the only one working at home. We have no savings. If we open the shop, we will get some relief,” Erkocaman said, adding that trade can continue by following the rules.

“If they allow us to open our workplaces, we can start working with a limited number of appointments per day,” said Selma Güzelyurt, the manager of a beauty center in Istanbul's business district of Levent.

President Recep Tayyip Erdoğan last week said the country aims to return to normal life after the end of Ramadan in late May. Erdoğan said businesses and companies should make preparations to potentially resume operations after Ramadan Bayram, or Eid al-Fitr, which marks the end of the holy fasting month.

In line with the president's words, members of the Coronavirus Science Board also said summer could mark the beginning of a return to normalcy but for different reasons.

They said the restrictions on daily life could be partially relaxed at the beginning of June as scientists believed the infection rate would decline during the summer.

Kaya Demirer, the chairman of the Tourism Restaurant Investors and Operators Association (TURYİD), said advisers recommend shopping malls reopen before Ramadan Bayram in provinces and districts where the risk of spreading the virus is low.

“If shopping malls open, we plan to open restaurants as well,” said Ramazan Bingöl, the chairman of the Association of All Restaurants and Suppliers (TÜRES). “So, we will start opening as of the last week of May. Two-meter distancing rule will be applied between the tables. A 30% occupancy limit will be issued. We will provide hygiene training to the staff before opening the restaurants.”

Hüseyin Altaş, the chairman of the Shopping Centers and Investors Association (AYD), stated that they frequently exchange views with the public to bring life back to normal.

“If our Science Board approves and retailers make requests, we say that shopping malls may be opened gradually starting from May 11,” Altaş said, noting that they plan to open shopping malls by taking measures such as checking shoppers for fevers, supplying masks at entrances and disinfecting facilities.

Hotels to open after Ramadan Bayram

“If it goes on like this without any problems, domestic traffic will start as of the end of May. Tourism season will open with controlled domestic flights,” Culture and Tourism Minister Mehmet Nuri Ersoy recently said.

Following the talks between the government and the sector representatives, hotels may be able to start opening in late May by taking the necessary measures.

Meanwhile, the all-inclusive system will change in hotels and the open buffet system will be removed. The new system will include table service and boutique service. Hotels will only accept reservations up to 50% of their capacity.

President Erdoğan initially announced a TL 100 billion package ($14.3 billion) – the Economic Stability Shield – to support citizens and businesses amid the pandemic on March 18, postponing debt payments and reducing tax burdens on some sectors, including transportation and tourism. Since then, Ankara has gradually widened the measures.

The government's steps to support the economy have reached a value of TL 200 billion, Treasury and Finance Minister Berat Albayrak said Saturday.

With the pandemic forcing businesses to furlough or lay off staff, the government has also stepped in to top up income or pay daily stipends, while small businesses are being given access to fresh loans.

Among the measures, funds totaling TL 107.4 billion have been provided to some 120,000 companies as part of a financing package backed by the Credit Guarantee Fund (KGF) to protect employment and support businesses, Albayrak said. In total, 143,769 applications were made so far for the package, while 96% of the companies that received financing were small and medium-sized enterprises (SMEs).

The minister emphasized that financial support has been given to 4.4 million families, with TL 22.3 billion set aside to meet the basic needs of some 4 million citizens.

In addition, the minister said the government would provide TL 1,000 in financial aid to citizens who weren't included within the scope of the support but lost their income or jobs in this period.