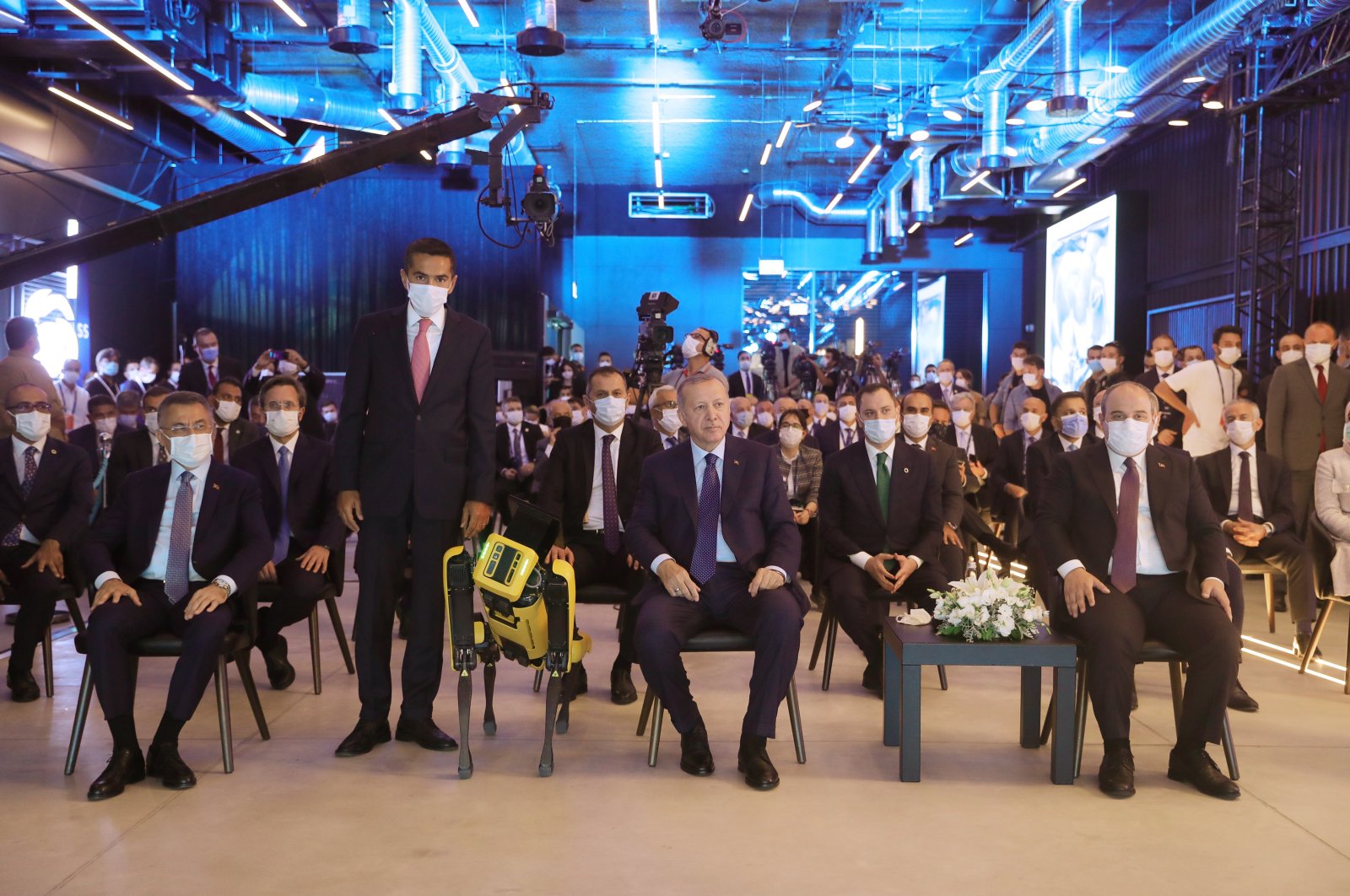 The giant complex is designed to be a regional hub for innovative research, oversee the country’s digital transformation and provide assistance to businesses as they prepare for the Fourth Industrial Revolution

President Recep Tayyip Erdoğan opened a large-scale technology complex in Istanbul and 40 factories in the northwestern province of Kocaeli on Saturday in a major move to make the country “a global production and technology center.”

Speaking at the opening ceremony of the Turkish Employers’ Association of Metal Industries' (MESS) Technology Center, Erdoğan said, “We are determined to make Turkey the center of three continents, a global production and technology base. We have already laid the groundwork for this with the steps we have taken over the past 18 years.”

The giant tech center is designed to be a regional hub for innovative studies, to oversee the country’s digital transformation and provide assistance to businesses to prepare themselves for the Fourth Industrial Revolution.

Established with a $200 million investment, the center will offer 400,000 hours of training to at least 40,000 industrial employees free of charge and create an extensive Digital Industrial Transformation Curriculum together with senior managers, engineers and operators.

MESS also wants to offer more than 2 million hours of training to 250,000 employees in industrial sectors over the next five years and help businesses to draw a digital transformation road map.

"I hope the momentum Turkey has gained will further increase as the pandemic's negative effects reduce globally and everything begins to fall into place again," Erdoğan said at the opening. “During the pandemic, many of our companies have had the opportunity to open up to countries and regions in which they previously had no presence or possessed only limited market share.”

With its 85 techno-parks and 1,607 research and design centers, the country is one step closer to achieving its aim of developing groundbreaking innovations, the president added.

Noting that the nation has the 13th largest economy in the world in terms of purchasing power parity, Erdoğan said that Turkey, with its unmanned aerial vehicles (UAVs) and seven of the world's top 100 defense companies, is among the best four or five countries in terms of possessing advanced technologies.

Following the opening of MESS, Erdoğan via teleconference attended the joint launch of 40 factories in Turkey's industrial province of Kocaeli.

Located in the Dilovası Machinery Specialized Organized Industrial Zone (OIZ), the factories have a TL 3.9 billion ($531 million) investment value and are expected to create more than 4,600 jobs.

Kocaeli Governor Seddar Yavuz said the factories will bring in more than $550 million in additional annual export revenue and called the initiative “a magnificent and exemplary investment.”

During the event, Erdoğan talked about the Industry and Technology Ministry’s “Technology-Oriented Industry Initiative,” and the country’s plans to develop capabilities in strategic sectors. He said the ministry identified research areas and products that have strategic importance to Turkey’s technologic development, including robotics, 3D printing, chip technology and electrical and unmanned transportation systems, and will begin funding projects in these targeted areas.

“The initial target of our program is to focus on the machinery industry, where we want to rapidly increase our domestic capabilities as it is strategically important for the country.”

For his part, Industry and Technology Minister Mustafa Varank said that his office’s initiative will be a locomotive force for the country’s structural transformation in manufacturing and carry the Turkish industry to a higher level.

In August 2019, Turkey announced the Technology-Oriented Industry Initiative, also known as the “end-to-end localization” plan, with an aim to reduce the import of strategic goods worth up to $30 billion and supplement gross domestic product (GDP) growth through technologic exports.