Turkey ready to cooperate for new breakthroughs in Asia 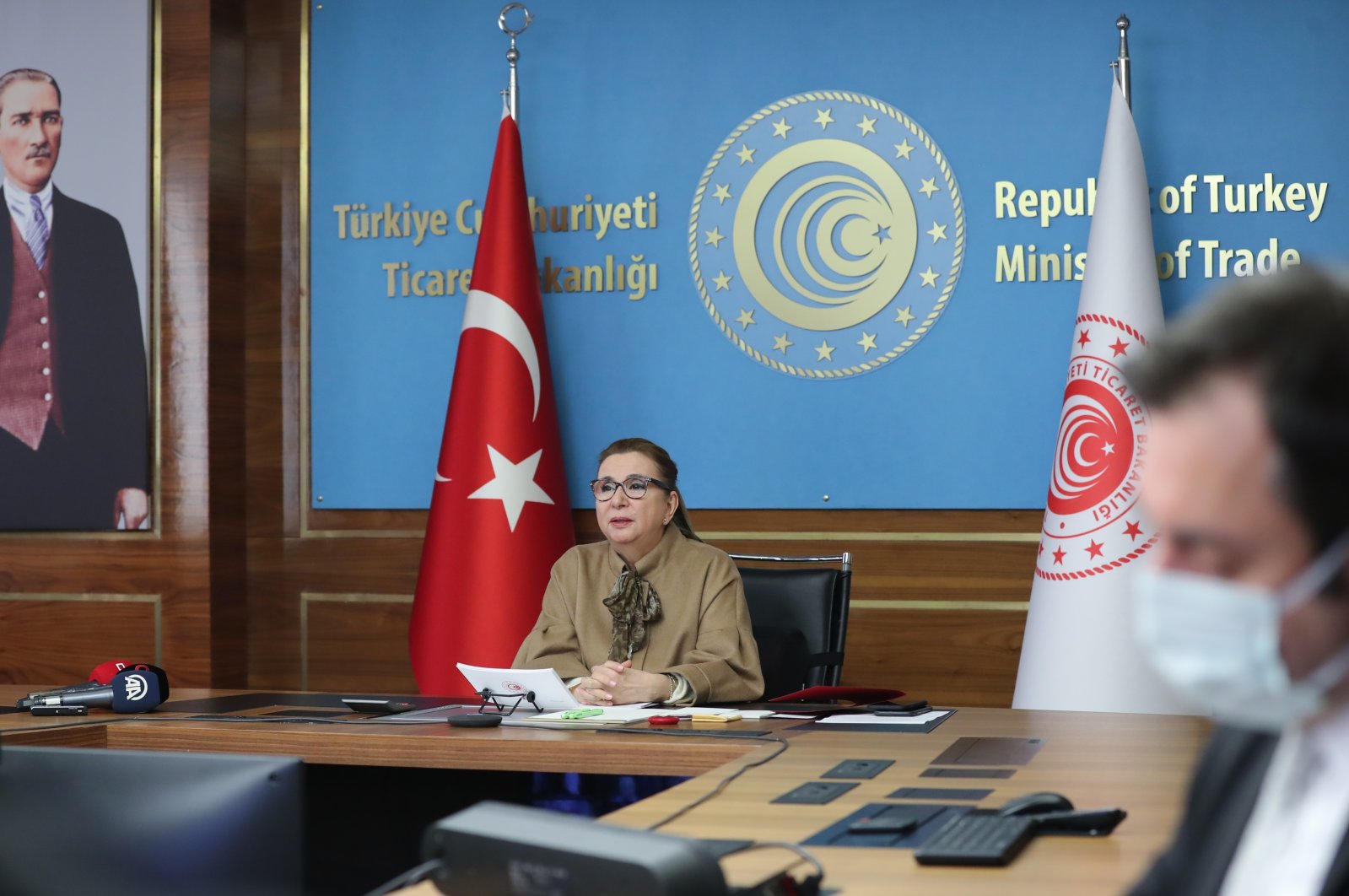 Trade Minister Ruhsar Pekcan delivers a speech during a virtual meeting of the First Conference of the Chambers of Commerce and Industry of the Member Countries of the Asian Cooperation Dialogue in the capital Ankara, Turkey, Jan. 20, 2021. (AA Photo)
by DAILY SABAH Jan 20, 2021 5:37 pm
RECOMMENDED

Turkey is ready to cooperate in every way possible to reach mutual targets and to lead cooperation in order to achieve Asia's potential during its term presidency in the Asia Cooperation Dialogue (ACD), Trade Minister Ruhsar Pekcan said Wednesday.

“The 21st century will be the century of Asia. We will act together to achieve the true potential of our region and to make new breakthroughs,” Pekcan said.

The minister's remarks came during a virtual meeting of the First Conference of the Chambers of Commerce and Industry of the Member Countries of the Asian Cooperation Dialogue organized by the Union of Chambers and Commodity Exchanges of Turkey (TOBB).

She said that the negative and difficult conditions brought on by the COVID-19 pandemic that hit the business world make close cooperation between countries even more important.

With the normalization steps, countries need to focus more on the recovery of economies and enterprises, Pekcan said, stressing that they attribute great value to the ACD in this regard and that they are open to all attempts to develop this mechanism.

She said that the Turkish government has been focused on strengthening its national health care system from the very beginning of the pandemic along with keeping the business environment alive and supporting the business world amid the challenging conditions of the outbreak.

“Turkey is set to put all its efforts toward playing a more important role in the global value chains soon. We will invest more in technology and innovation-based sectors. We are open to strategic dialogue and cooperation regarding the global supply and value chains,” she said.

The minister said that many studies point out that Asia will continue to be the center of global trade and growth in the coming years, adding that Turkey’s relations with the regional countries have been gaining new momentum in recent years.

“Turkey’s trade volume with the ACD countries has reached $100 billion (TL 743 billion) in 2020, which corresponds to some 26% of the country’s total trade volume,” she said, noting, however, that the level is below the potential of the member countries’ economies.

“Turkey continues to be a country that has solid advantages in terms of trade and investment,” she said, namely the customs union with the European Union, production that is suitable with the bloc’s quality standards, infrastructure, geographical proximity to the Western Hemisphere, and a young and talented workforce.

“We are ready to use these values in cooperation with the Asian countries based on mutual benefits” to turn the country’s advantages into economic benefits, she said.

The trade minister said logistics centers are aimed to be established in strategic points outside Turkey in the near future in a bid to enable easier access to global supply and distribution channels.

Pekcan recalled that a model of new-generation specialized free trade zones was initiated in the country, which aims to encourage technology-intensive investments, especially of Asian capital, within these zones.

“We aim to increase exports to developed countries by creating more added value domestically. We believe there is a high trade potential in many service sectors such as information and communication technologies, e-commerce, civil aviation, logistics, shipbuilding, tourism, education, film and TV series production,” Pekcan said.

“We will continue to see many Asian countries as strategic partners. I think that deepening the joint investment and commercial cooperation of the private sector will contribute to our goals of manufacturing with more added value and technology," she said.

“The experience of the Turkish contracting sector provides great and wide opportunities for Asian markets, whose population is rapidly growing and whose middle class is expanding. I see a high potential for successful cooperation in third countries, as well as the opportunity to implement mutual projects,” she concluded.