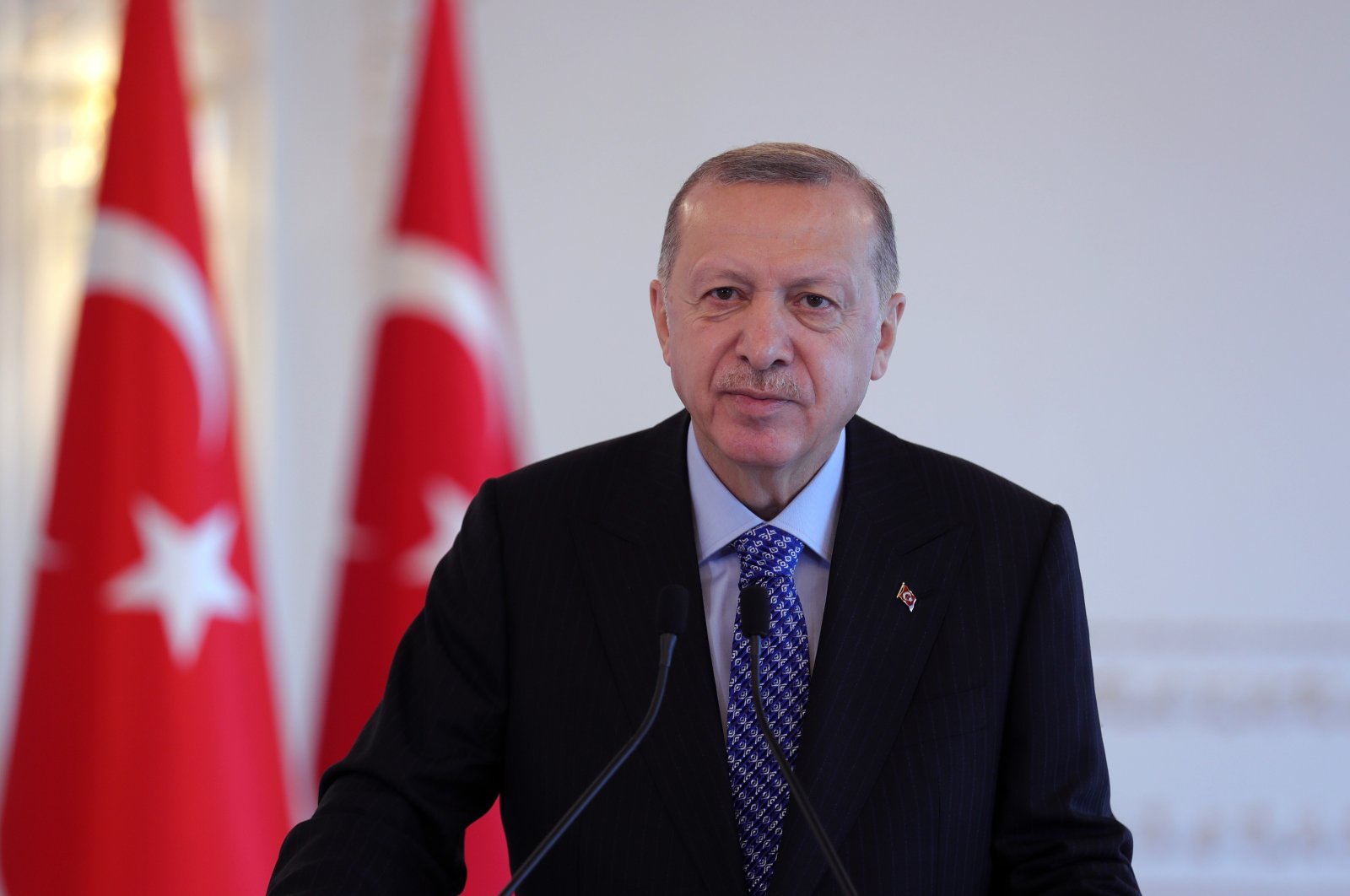 President Recep Tayyip Erdoğan on Monday said the government is determined to make the country a center for domestic and international investors by offering low risk, high confidence and satisfactory earnings.

"In the upcoming period, we will further improve the investment environment with additional reforms in this area," Erdoğan told the virtual International Investors Association (YASED) summit.

He said the government has launched new reforms in law, democracy and the economy in order to create a better investment environment without excluding anyone.

"Our country will be able to reach its 2023 targets with the support of our 83 million citizens," he said, adding that they are open to constructive criticism and innovative ideas.

The remarks follow the president's recent pledges for a new economic approach as he announced the government would launch comprehensive reforms in the economy and judiciary.

He had said the country would undertake reforms on investment, production, export and employment in the days to come.

In this framework, top Turkish officials recently kick-started negotiations with key business leaders in the country.

Noting the strong economic growth rate achieved in the third quarter, Erdoğan said it is a testament to the country's successful recovery period from pandemic-induced problems.

The economy fared much better than its peers in the July-September quarter, in a stronger-than-expected rebound from a contraction in the spring.

Driven by fiscal stimulus and the lifting of virus-related lockdowns, gross domestic product (GDP) grew 6.7% year-on-year in the third quarter, after contracting by 9.9% in the previous three months when lockdowns were imposed to curb the initial COVID-19 wave.

"We evaluate the strong growth rate that we achieved in the third quarter as a testament of our country's success in this process," Erdoğan said.

He added that the Turkish economy is growing successfully, unlike other countries that are experiencing a recession.

Direct investments to the tune of $220 billion (TL 1.72 trillion) made in Turkey since 2002 represent the trust of international entrepreneurs, he added.

Turkey ranks 13th in the world and seventh in the Organisation for Economic Co-operation and Development (OECD) region in terms of purchasing power parity, Erdoğan noted.

In the past two years alone, Turkey has progressed 27 grades in the World Bank's Ease of Doing Business Index 2020 rankings, he said.

"'Come and see Turkish hospitality,' I tell investors across the world," he said, adding that Turkey offers significant advantages, especially for international investors seeking an alternative to the Asia-based manufacturing network.

He said in the 18 years of his party's rule, Turkey has never treated international investors as "foreign."

The facilities the government provides for its own people will also be available to all international entrepreneurs who invest in Turkey, he added.

"From the defense industry and the digital economy to health and food, we encourage investment that will add high value and lead Turkey's technological transformation."

Also speaking at the event, Vice President Fuat Oktay said the COVID-19 outbreak has affected social, security, health and economic systems all around the world, but it has also offered opportunities in the financial sector.

Oktay said Turkey offered foreign investors a great opportunity amid the ongoing pandemic due to its qualified labor force and top-notch transportation network.

He went on to say the country benefited from being in a significant geographical location, bridging Europe to Asia and Turkey could reach some 1.7 billion people within a four-hour flight radius, making it a key player in international investments.