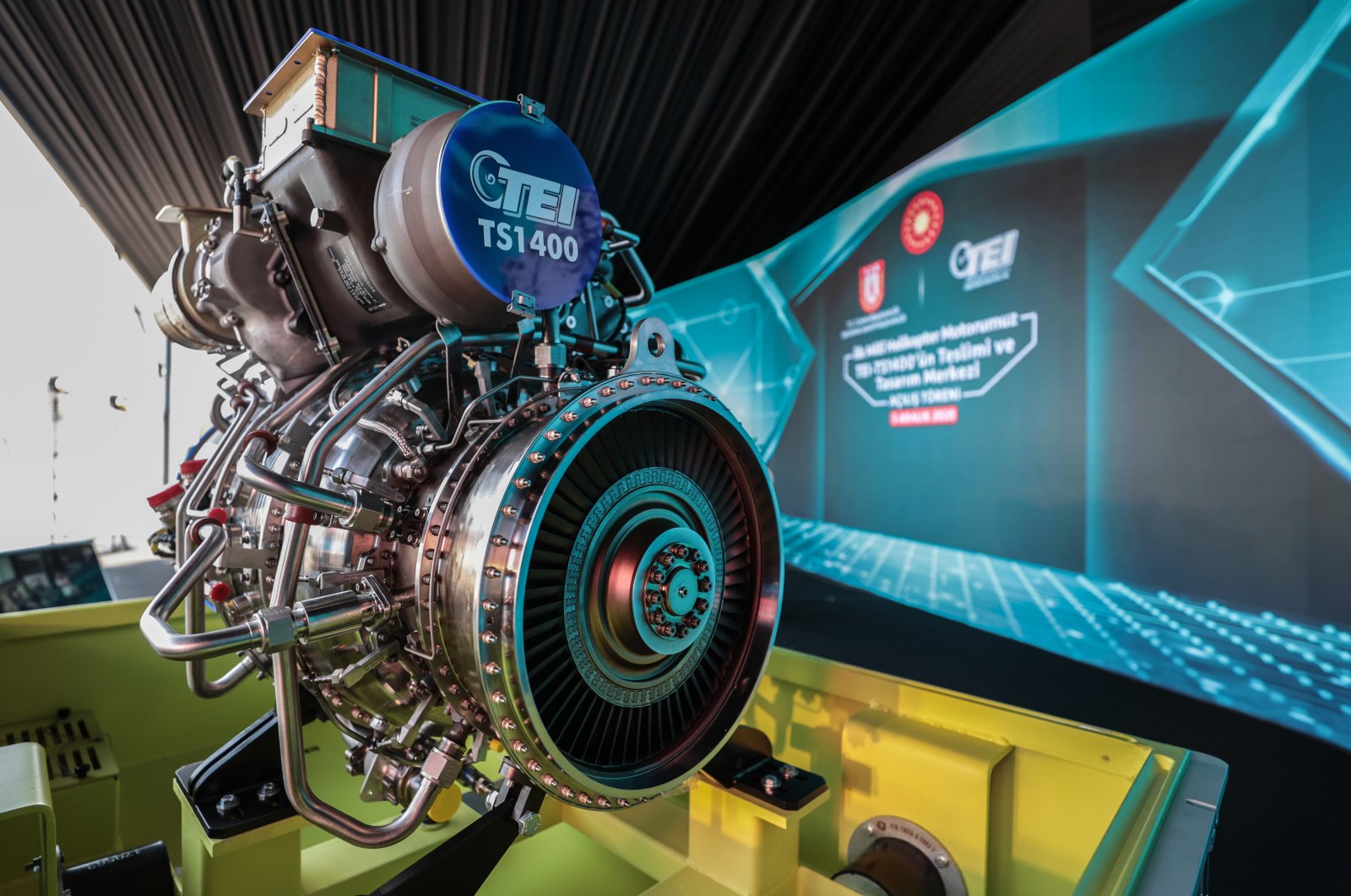 Turkey is well on its way to becoming design and manufacturing center for all kinds of engines, especially in aviation, President Recep Tayyip Erdoğan said as the country moved closer to mass producing local turboshaft helicopter engines.

"With these projects, we're entering a new era in the defense industry," Recep Tayyip Erdoğan told the handover ceremony for Turkey's first indigenous helicopter engine and opening of new design center via a live video link from the Vahdettin Mansion in Istanbul on Saturday.

The TEI will become a role model in Turkey with its planned investments in an engine development project, Erdoğan said.

The T625 is being developed as part of the Original Helicopter Program, coordinated by the Presidency of Defense Industries (SSB).

The T625 prototype earlier used a pair of LHTECs, CTS800 4-AT turboshaft engines that have 1,373 shaft horsepower each, created jointly by Rolls-Royce and Honeywell.

Several tests of the TEI engine, which produces 1,660 horsepower, were done during the ceremony. The project was launched in 2017.

"With every step we take, we see once again that in the geography where we live, we can't look to our future confidently without having a strong defense industry," Erdoğan said.

"We plan to establish a stronger coordination system through our Presidency of Defense Industries and our executive committee," the president added.

"In the economic policies we carry out, we're focused on medium and long-term goals in the industry, as in every field."

The TS1400 is also expected to be used on HÜRKUŞ training aircraft and T129 Tactical Reconnaissance and Attack Helicopter (ATAK), as well as its derivatives developed by TAI.

TEI's Turboshaft Engine Development Project (TEDP) looks to decrease dependence on foreign sources while enabling domestic production of engine systems, which constitute one of the most important components of these projects and increasing the percentage of indigenous production in these projects.

It now manufactures over 1,500 different parts for 50 different aviation engines used around the world. The company is the world's largest supplier for LEAP motors that power the Airbus A320neo, Boeing 737 MAX and Comac C919.

"I hope that with this engine, Turkey joins Germany, the U.K. and France league, namely the Champions League in aviation," he added.

It manufactures the motors under a license from General Electric, with more than 50% of the parts contributed locally. Final assembly and testing are carried out at its facilities in the central province of Eskişehir.

The multi-role T-70 utility helicopters were custom designed, based on the S-70i Black Hawk helicopter of Sikorsky Aircraft, a Lockheed Martin Company.

Once Turkey starts to mass-produce its own turboshaft helicopter engines, it will avert annual hi-tech imports worth $60 million, Industry and Technology Minister Mustafa Varank said.

"Today, we're witnessing a historic day for our defense industry," Varank said in his speech at the ceremony.

Underlining that the country is accomplishing its goals of acquiring technology and advanced design skills thanks to its National Technology Move, Varank said the engine was designed, developed and produced entirely by TEI engineers and technicians in just three years.

Turkey is one of seven countries with gas turbine engine technology, he said. "The new design center that will make the local engines will be the starting point of our new success stories."

Varank said while the per-kilogram value of average Turkish exports is currently at $1.50 (TL 11.70), this figure is over $50 in the defense industry.