Turkey to make no concessions on fiscal discipline, Erdoğan says 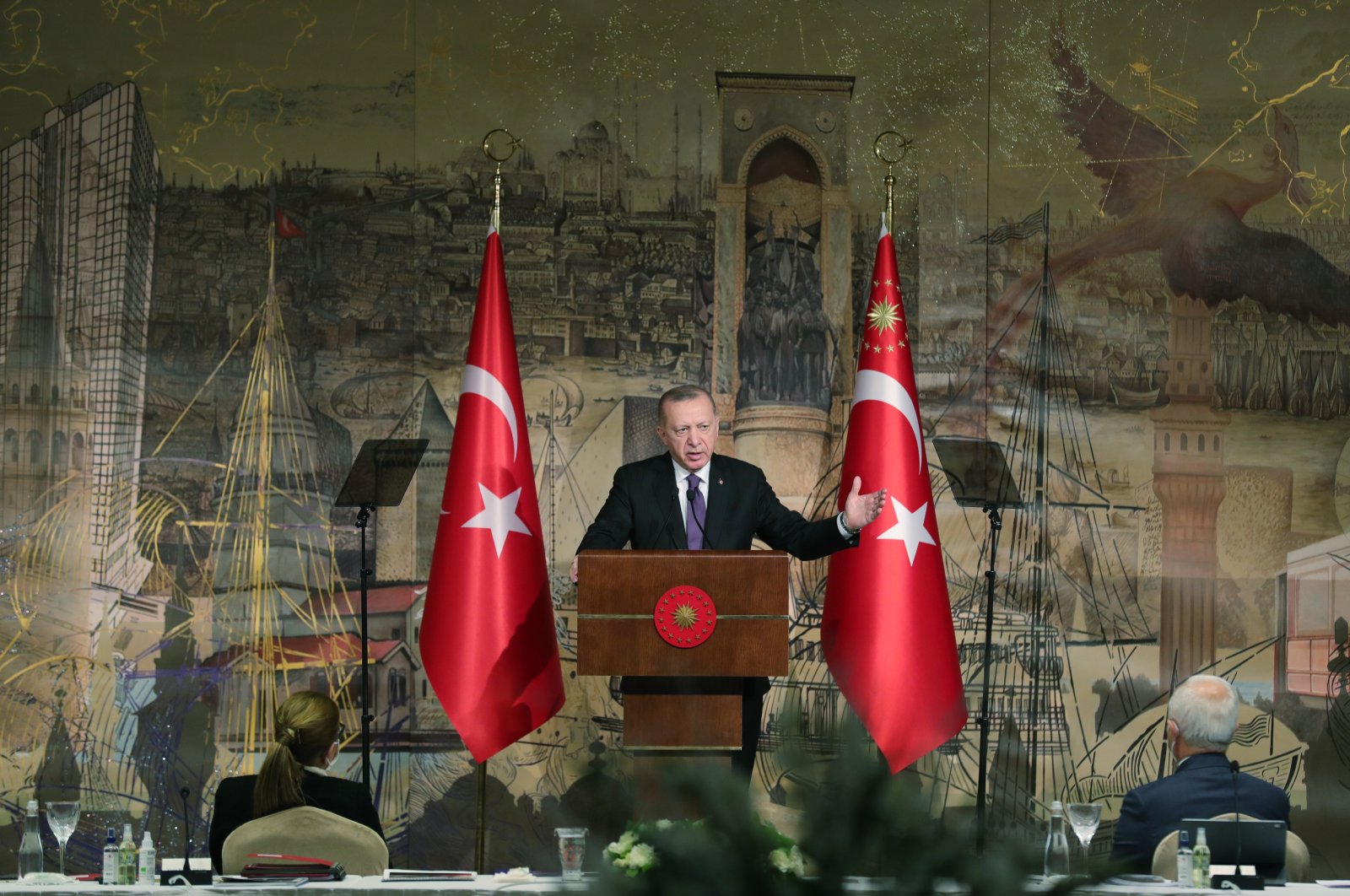 Turkey will not compromise on economic confidence or stability in the days to come, President Recep Tayyip Erdoğan said Friday.

“We will make no concessions on fiscal discipline,” Erdoğan told a Foreign Economic Relations Board (DEIK) meeting in Istanbul.

Turkey has concluded the intense preparations of its reform agenda in the fields of economy and judiciary, the president said, after he earlier vowed that 2021 would be the year of updates.

Price stability and a holistic fight against inflation will be the main goals this year, he stressed.

Erdoğan underlined the importance of keeping interest rate levels low while maintaining the fight against inflation.

He said high interest rates do not serve Turkey, stressing that the solution is to cut rates in order to lower inflation.

The president stressed a stable exchange rate is vital in the fight against inflation, which is near 15%.

In November, Erdoğan pledged a new market-friendly economic era even if that meant swallowing a “bitter medicine” to lower inflation.

Since then, the Central Bank of the Republic of Turkey (CBRT) has hiked interest rates by 675 points to 17% under its new governor, Naci Ağbal, and taken other steps that have boosted the Turkish lira.

The central bank holds its next policy-setting meeting on Jan. 21, where it is expected to keep interest rates on hold, according to a Reuters poll.

Erdoğan said Turkey should not be proud of high rates at a time when other countries with low rates are getting monetary stimulus amid the coronavirus pandemic.

“We won’t get anywhere with high interest rates,” he said. “Exchange rate stability plays an important role in the fight against inflation, but the real task is to bring inflation down by lowering interest rates.”

After reaching a low of 8.5832 in November, the lira rebounded over 10% as some $70 billion in foreign inflows snapped up Turkish assets, seeking yield.

Erdoğan also underlined the importance of four main areas: investment, employment, production and exports. “If these four titles are missing, there is nothing for us to brag about,” he noted.

He said reform detaıls will soon be shared with the public and that the steps are set to be taken quickly in line with the agenda.

The Treasury and Finance Ministry separately published data showing a budget deficit of TL 172.7 billion ($23.2 billion) in 2020 and a primary deficit of TL 38.8 billion.

He said the deficit came in below the TL 239 billion that was projected in the new economic program, announced in September.

Despite a year-on-year budget deficit rise in 2020, the government is aiming for a permanent improvement in the figure, the president noted.

“If Turkey achieves its growth target for 2020, the budget-deficit-to-GDP ratio will hit 3.6%, beating the mid-term program target,” said the president.

Under the country’s new economic program, the government had expected to see a 4.9% budget-deficit-to-gross-domestic-product ratio.

“We are speeding up structural measures in combating the current account deficit,” Erdoğan said.

He emphasized that Turkey aimed to lower its deficit-to-GDP ratio to 3.5% this year.

He also reiterated that the reforms Turkey has carried out for the past 18 years have distinguished “our country from others in these difficult days of the pandemic.”

Erdoğan said the government will continue taking steps against the virus in both the macroeconomic and financial fields.

Turkey is ready for both difficulties and opportunities, and will be strong and competitive in the post-pandemic period, he added.

Turkey needs a new leap in trade diplomacy by advertising Turkish companies and products to the world in a better way, Erdoğan added.

“Turkish companies have created a difference from their competitors with their reliability during the pandemic period. Surely, this situation has been triggered by the efforts to form a new alternative to the Asian-based production model throughout the world. Despite the decline in global trade, Turkey has achieved positive growth in the economy,” he said.