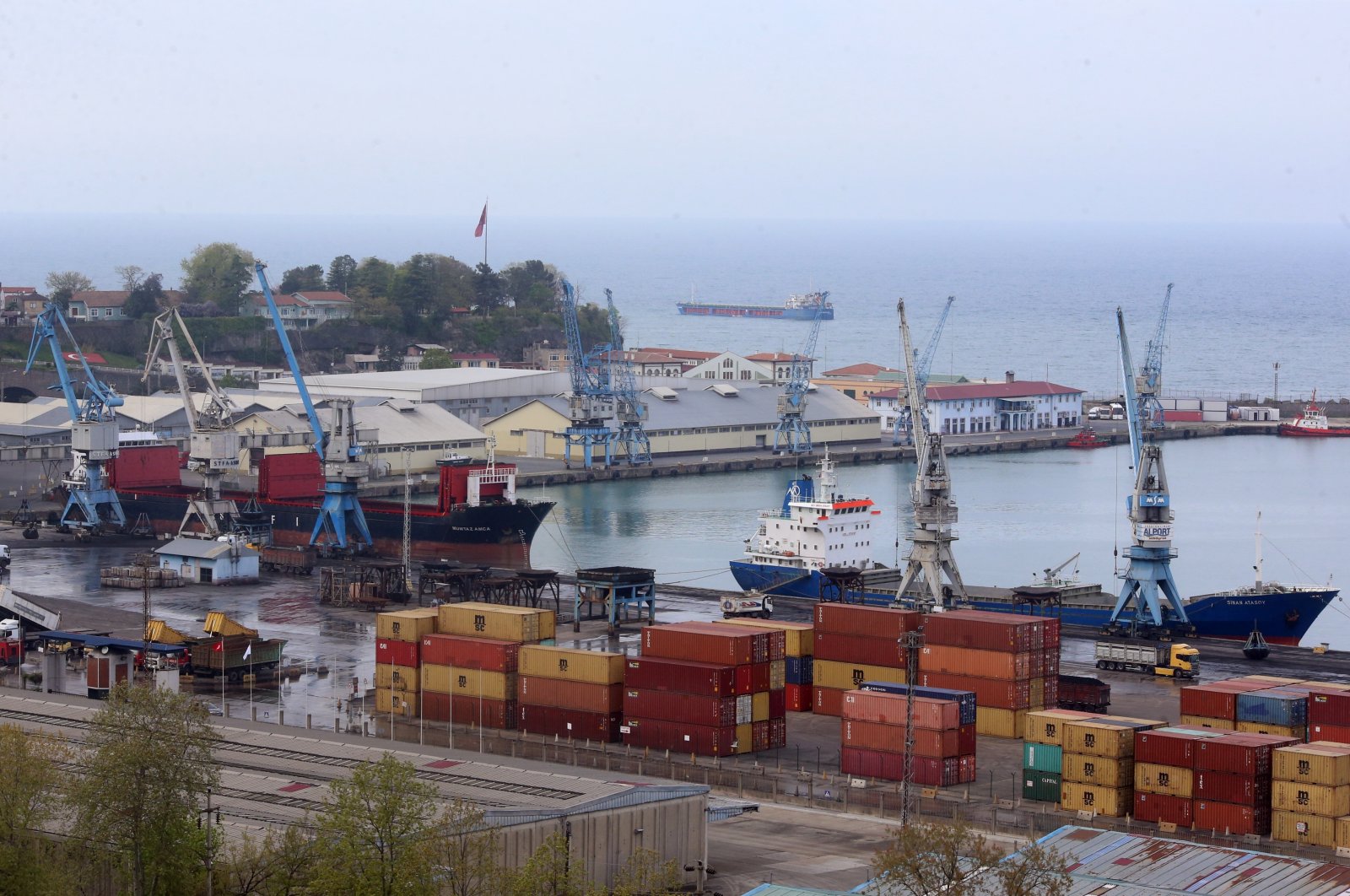 “We are one step away from the tunnel where the light appears to complete the free trade agreement, we can complete (the agreement) very soon,” Taras Kachka, Ukraine’s deputy minister for economic development and trade, said.

Yet, Kachka said “some” decisions need to be made on both sides first.

“The two countries still have reservations in some areas. If these reservations continue, the deal we will make will be mediocre and not an ambitious deal that will increase trade volume,” he noted.

President Recep Tayyip Erdoğan, following the meeting with Ukrainian counterpart Volodymyr Zelenskiy in the capital Ankara in October, said the two countries were committed to making the FTA deal.

Communication continues between the authorities of the two countries, including agriculture, steel products, investments and the service sector, according to the official.

Kachka suggested that an ideal agreement containing full freedom will be in the best interest of both parties.

“Given its logistics, its shores providing transportation to the Mediterranean Sea and its regional trade in the Middle East, it would be more in favor of Turkey,” the deputy minister stressed.

Two major Black Sea countries have recently on several occasions agreed to further deepen their political, economic, military and security ties, which have gradually developed over the last number of years.

Turkey has been one of the key trade partners for Ukraine, Kachka told Anadolu Agency (AA). It has been among its top five trade partners over the last five years, he added.

“We want to increase the $5 billion (TL 40 billion) trade volume between the two countries. We also want to create a balanced growth environment. This is the most important issue on our agenda,” Kachka stressed.

The two countries agreed to work to boost bilateral trade initially to $10 billion and then to $20 billion, significantly higher than the $5 billion seen in 2019.

In what the official said would be a first, the balance in trade volume this year may be to Turkey’s advantage. “Of course, one side has to post surplus, cannot be zero,” he said.

But that is good news for Ukraine, Kachka stressed.

“Because one of the reasons why Turkey registers surplus is that it is one of the most important exporters to Ukraine in terms of diesel fuel, which is a resource diversification issue for us, because we are dependent on Russia and Belarus for diesel fuel,” he explained.

'Systematic problems should be solved'

The deputy minister emphasized that Kyiv also attaches importance to increasing trade with Turkey and other countries in the Black Sea region, stressing it is a geoeconomic issue.

Kachka noted that there is great trade potential between the two countries; however, some systematic issues need to be resolved first.

“The Turkish market is still a little complicated by its structure for Ukrainian firms; we need to learn more about it; issues such as permits and certificates at the government level should be worked on. If we remove glass walls like these, it will increase our trade,” he said.

On the other hand, Kachka suggested that problems arise as trade ties develop.

“These problems may seem negative, but it is actually a good signal that trade is improving,” he added.

The official said the development of internal commercial economic dynamics also strengthens ties between the countries.

“So we see not only growth of numbers but also a new quality of dialogue,” he noted.

Companies of the two countries have been active in each other’s countries in recent years.

“The last three years have been a good period in terms of getting to know each other,” Kachka said.

“We see that Turkish companies are active in investments in Ukraine. Ukrainian companies are also getting more and more interested in the Turkish market,” he added.

The official also emphasized a visible and significant increase in Turkish investments in Ukraine.

“For instance, one of the three mobile phone operators in Ukraine is a Turkish company, everyone knows this, a huge investor. It is a symbol of the level of closeness of our countries,” Kachka said.

One of Turkey’s leading GSM operators, Turkcell, is operating in the Ukrainian market through its subsidiary lifecell.

Among others, Turkey’s southern resort provinces of Antalya and Muğla have been the top choices of Ukrainian tourists arriving in the country.

Kachka stressed the increasing trend in the number of Ukrainian tourists arriving in Turkey.

In addition, he dubbed the cooperation between countries in the high-tech and defense sector as promising.

“It is especially important that it is a co-production rather than just numbers. This is an indicator of long-term systematic cooperation,” he said.

Ukrainian aircraft producer Antonov CEO Oleksandr Los recently said the company aims to cooperate with the Turkish aviation industry for the production of AN-178 aircraft.

“Turkish companies are active in the construction sector in Ukraine, and we are also interested in gaining from Turkey’s experience in the field of public health and transportation,” Kachka concluded.