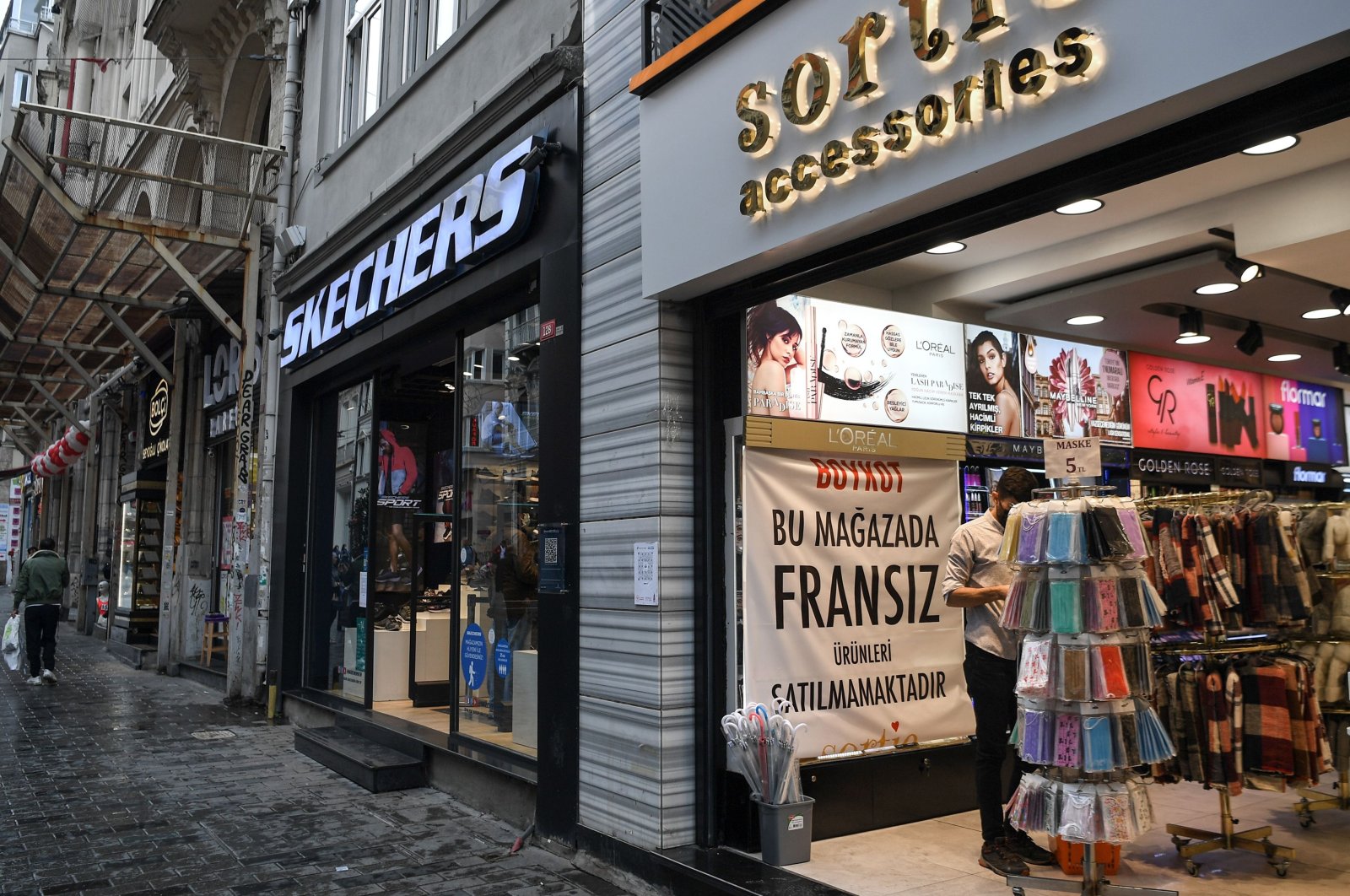 Many in the Turkish business community have embraced President Recep Tayyip Erdoğan's call to boycott French products over Paris' tolerance and encouraging attitude toward Muslim hatred.

Abdurrahman Kaan, the head of the Independent Industrialists' and Businessmen Association (MÜSIAD), said the French government's cartoon decision cannot be accepted as freedom of thought or expression.

He went on to say that French officials should depart from their unfair attitude in order to prevent damage to the two nations' political, cultural and trade relations.

French President Emmanuel Macron described Islam as a religion "in crisis" and announced plans in September for tougher laws to tackle what he calls Islamic "separatism.”

He condemned the murder of a French teacher who showed cartoons of the Prophet Muhammad in class but said France would "not give up our cartoons." Macron's reactions has caused uproar in the Muslim world.

Several Arab countries, as well as Turkey, Iran and Pakistan, have condemned Macron’s attitude toward Muslims and Islam and encouraged a boycott of French goods.

Kaan noted that this systematic attack by the weekly newspaper insulting Islam's religious symbols and the Prophet Muhammad continues, adding that it is now targeting Erdoğan.

"This separatist attitude is hurtful and based on ignorance. It is increasing Islamophobia and is absolutely unacceptable," he told Anadolu Agency (AA).

"We declare that we stand behind the rightful and appropriate reaction of our president in this regard," he added.

"Stopping French President Emmanuel Macron means stopping Islamophobia, fascism and colonialism," he said, adding that the boycott should be implemented by other societies that are standing against those three things.

Gürsel Baran, the head of Ankara Chamber of Commerce, said: "We cannot be indifferent to the persecution of Muslims, not in France or anywhere else in the world."

"With every French product you purchase, you will support the persecution," he added.

Bendevi Palandöken, the head of the Confederation of Turkish Tradesmen and Craftsmen, also voiced support for Erdoğan's call. "Our people should participate in the boycott campaign and should not demand French origin products from our tradesmen,” he said.

The chair of the Istanbul Commodity Exchange, Ali Kopuz, said France is openly hostile to Islam and Turks. "We must boycott French goods. This will be the most correct response we can give," he said.