Turkey's exports hit all-time monthly high of $17.84B in December 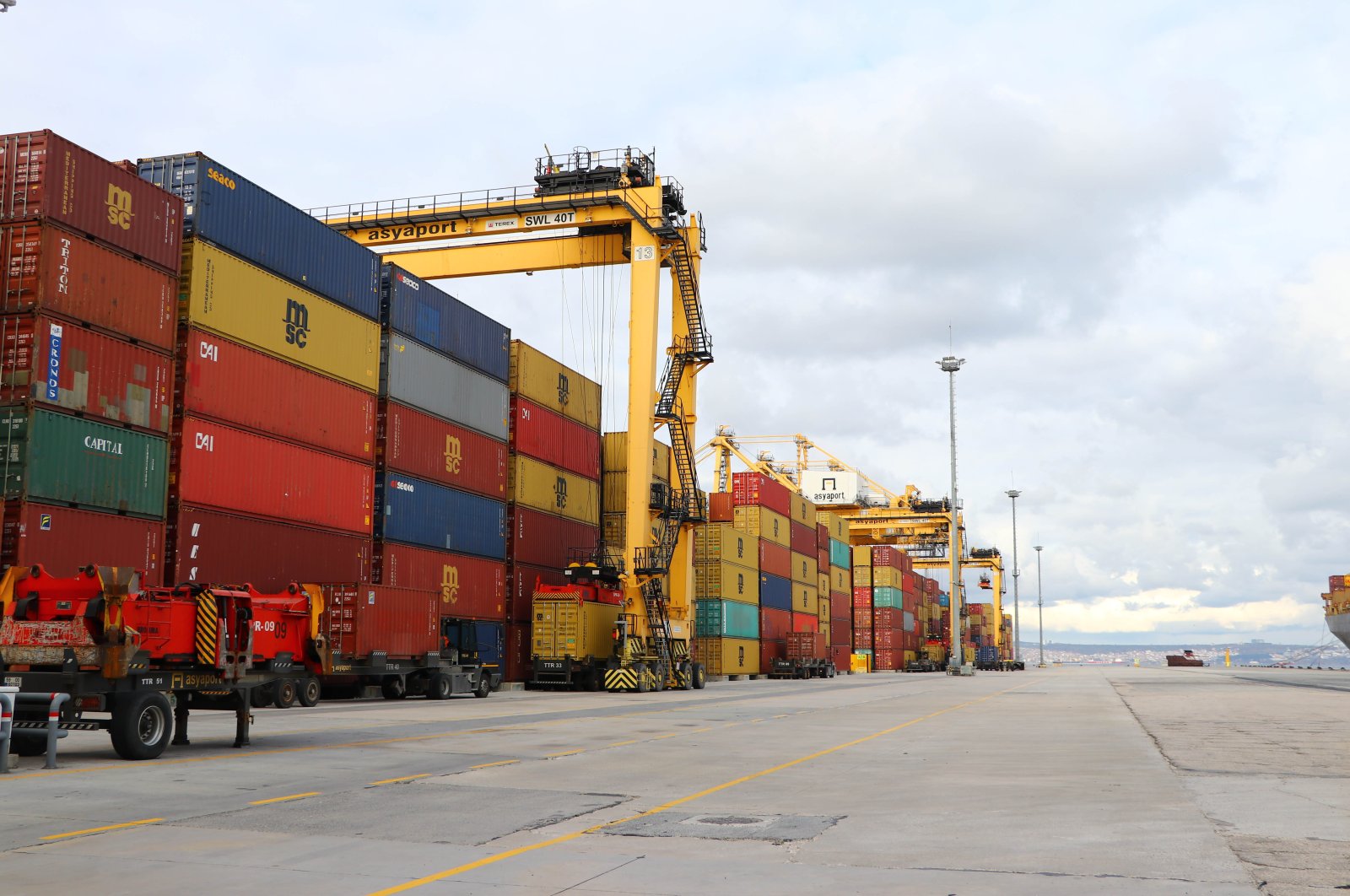 Turkey has closed 2020, a year overshadowed by the coronavirus pandemic, by achieving its highest December exports ever, the country's trade minister announced Tuesday.

“Turkey’s exports have surged by 16% to an all-time monthly high of $17.84 billion in December,” Ruhsar Pekcan said during a year-end foreign trade evaluation meeting in the capital Ankara.

“Exports of $17.8 billion are a concrete indicator of Turkey’s strength and dynamism in foreign trade,” Pekcan noted.

The headline figure, despite the severe economic contraction and shrinking in foreign demand in the country’s main export markets, especially the European Union, is the exporters’ success, the minister stressed.

“I sincerely congratulate our exporters who have ensured that a difficult year such as 2020 is closed with such an important record.”

Imports came in at $22.4 billion last month with an 11.7% increase compared with the same month of the previous year. Additionally, gold-excluding imports totaled $20.3 billion in December, she stated.

Foreign trade has shown significant resistance in 2020, clouded by the outbreak and other global and regional factors, Pekcan said.

She said global exports are expected to see a nominal decrease of 11.7% in 2020, according to the International Monetary Fund (IMF)

The drop in Turkey came in below this figure to stand at 6.3%, said the minister.

She noted that the last quarter of the year saw exports moving to the growth phase and coming above the level of $50 billion for the first time.

“Exports worth $51.2 billion in the last quarter have also marked the highest ever quarterly period,” Pekcan said.

Sales surged 18.4% quarter-on-quarter in the October-December period. Compared with the same period of last year, they were up 6.7%.

"Turkey's imports excluding gold stood at $194.2 billion, posting a decline of 2.4% during the same period."

Pekcan emphasized that Turkey’s exports displayed a better performance than other countries.

“A rapid recovery process started in our exports especially in the period after the second quarter," the minister noted. Compared with other countries, Turkey has given one of the fastest positive responses to policy measures taken after the pandemic and has been among positively decoupled countries, she said.

This would become even more visible once the other countries unveil their fourth-quarter trade figures, she added.

Turkey managed to boost its share in global trade to 1.03%, exceeding the 1% threshold for the first time ever in the January-October period, among the countries that have announced their data, Pekcan said.

The country had taken a 0.96% share of global trade in 2019, which was the highest figure to date.

“This year, we will reach a 1% share in the global goods trade for the first time in our history. And in 2021, our primary goal will be to protect this share,” said Turkish Exporters' Assembly (TIM) Chairperson Ismail Gülle.

Sales to Israel and Russia also saw a noteworthy increase, the minister said.

“In 2020, there were 44 countries where we broke export records. The top three of these were the United States, Israel and South Korea, respectively,” Pekcan said.

On the other hand, Turkey received the most goods from China, boosted by an increase in imports of mobile phones, tablets and electronic goods, the minister noted.

China was followed by Germany and Russia, she added.

Looking at the industries, the automotive industry maintained its rank with the highest exports, ending 2020 with around $25.55 billion, followed by chemical products with $18.26 billion and ready-to-wear with $17.14 billion, the data showed.

Turkey will boost efforts to analyze the transformation that emerged in global supply chains due to the outbreak and take action to strengthen its position in global trade, Pekcan said.

“We will work to achieve the program goal of $184 billion,” the minister noted.

The number of exporters in the country increased by 3.6% year-on-year, she said, exceeding 87,400.

Gülle said these companies made exports worth $3.57 billion in their first year.

“Our export family will continue to grow,” he added.

“With the support provided to the private sector in the world continuing in 2021, we will experience one of the easiest years in which trade financing is provided,” TIM’s Gülle said.

He also recalled that their target in the first year of new normal will be to reach the $184 billion exports.