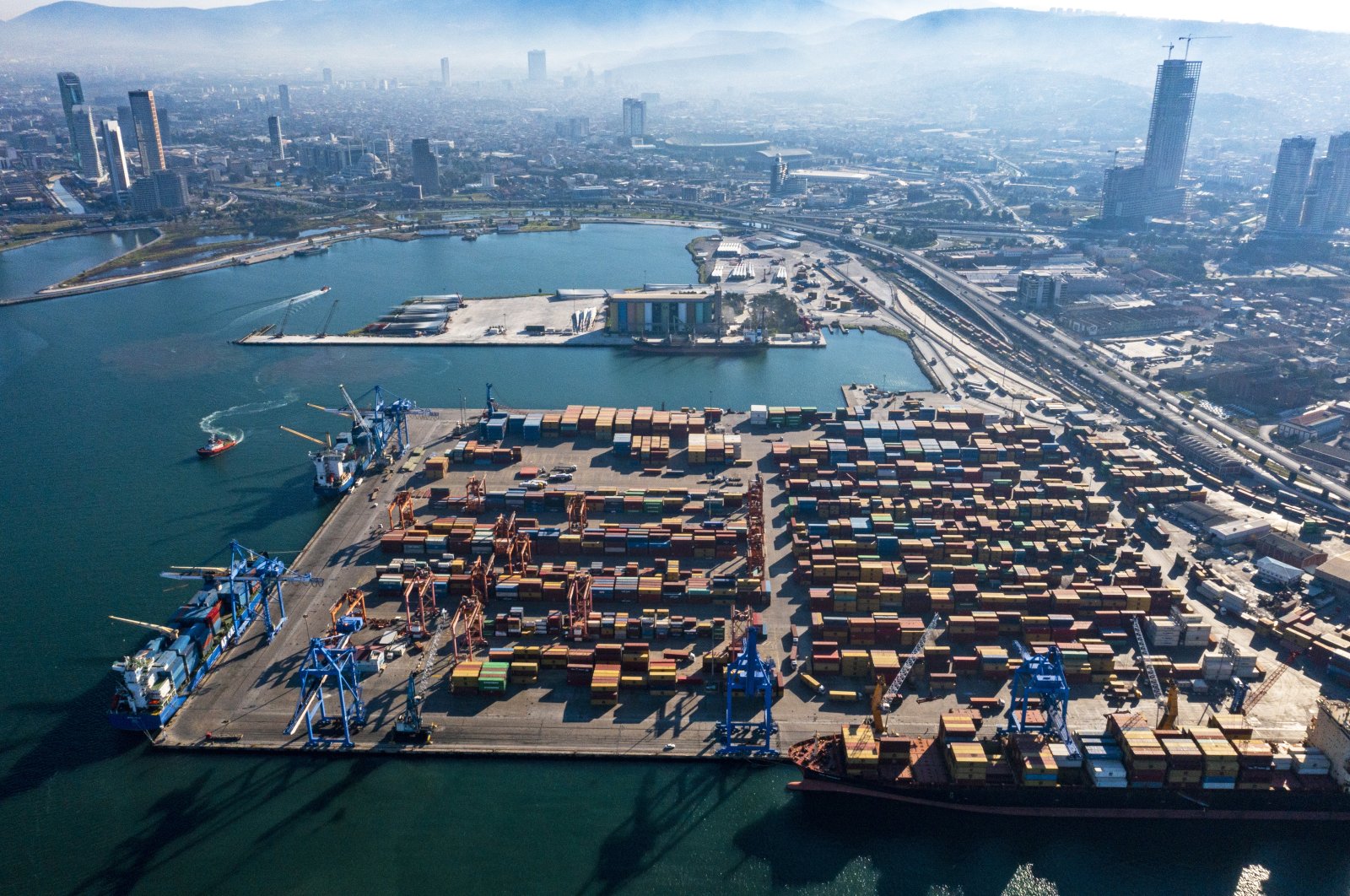 Foreign sales surged by 32.9% year-over-year in 2021, Erdoğan told a group of exporters in Istanbul, prompting an upward revision in the export target for 2022.

“We are revising our 2022 (export) target as $250 billion,” the president said, reiterating the eventual goal of turning Turkey into a country registering a current account surplus.

“Thanks to the strong performance in our exports, we had already exceeded the target of the medium-term program for 2021. In this program, we had determined nearly $231 billion in exports for the year ahead. I believe that we will exceed this figure as well. For that reason, we are revising our 2022 targets to $250 billion,” Erdoğan noted.

The president went on to stress the fact that exports grew more than sixfold compared to only $36 billion some 19 years ago.

After being hit in spring last year as the pandemic hurt trade with Ankara’s biggest partners, Turkey’s exports saw all-time highs in 11 out of the last 12 months.

By October, the country’s share in global exports had surpassed 1%, another first for the country that marked a more than sixfold rise over the past two decades.

Exports to the European Union, where almost half of Turkey's exports go, surged 33% year-over-year to $93.1 billion, enabling Turkey to post a surplus of around $7.7 billion in trade with the bloc.

Germany remained the top market, having received $19.3 billion worth of Turkish products throughout the year, followed by the United States with $14.7 billion and the United Kingdom with $13.7 billion. Sales to all the three markets marked the highest annual figures ever.

The automotive industry again championed the list of highest exports in 2021 among industries with $29.34 billion. It was followed by chemicals with $25.35 billion and steel with $22.35 billion.

“We are pleased to see that the increase in our exports has spread evenly throughout the world, rather than focusing only on certain regions,” said Erdoğan.

Exports to the U.S. yielded the highest increase on a value basis in 2021, Erdoğan noted, a sign that trade remained unaffected by multiple disagreements on several issues that have been triggering tensions between Ankara and Washington in recent years.

Among other noteworthy rises, exports to the United Arab Emirates (UAE) rose 94.3% from a year ago to $5.5 billion, as the two countries utilized diplomacy to repair strained ties.

Exports to the U.K. surged 22% in the first year after Ankara and London signed a post-Brexit free trade agreement (FTA) in December 2020 to support a trade partnership worth over $25 billion.

The deal became effective as of Jan. 1, when Britain formally left the EU. It was Turkey’s most important trade deal since its 1995 Customs Union with the EU.

London and Ankara are expected to start negotiations on a more comprehensive trade pact this year to add new areas for stronger commercial cooperation.

Trade Minister Mehmet Muş dubbed the 2021 success a “milestone,” saying it also marked a year that saw exports becoming a “locomotive” of the Turkish economy.

In addition to strengthening its presence in traditional markets, Muş said Turkey also went on to boost sales in distant regions.

“We made exports to 229 countries and regions, increased our exports to 184 countries, set a record in exports to 123 countries,” said Ismail Gülle, the head of Turkish Exporters Assembly (TIM).

“While all these were happening in the world, Turkey was one of the two countries that closed the year 2020 with growth,” he said.

Turkey’s industrial production index reached a record level of 143.6 with an 8.5% annual rise in October, Erdoğan said and added, “The manufacturing industry capacity utilization rate, on the other hand, exceeded the pre-pandemic level and reached 78.7% as of December.”

This acceleration also contributed to employment, he said.

“As of October 2021, the Turkish economy created 2 million additional jobs compared to the pre-pandemic level,” he elaborated.

While the member countries of the Organisation for Economic Co-operation and Development (OECD) are expected to recover only in the third quarter of 2023 in terms of employment, the Turkish economy has managed to quickly reach pre-pandemic levels with its dynamic structure, Erdoğan stated.