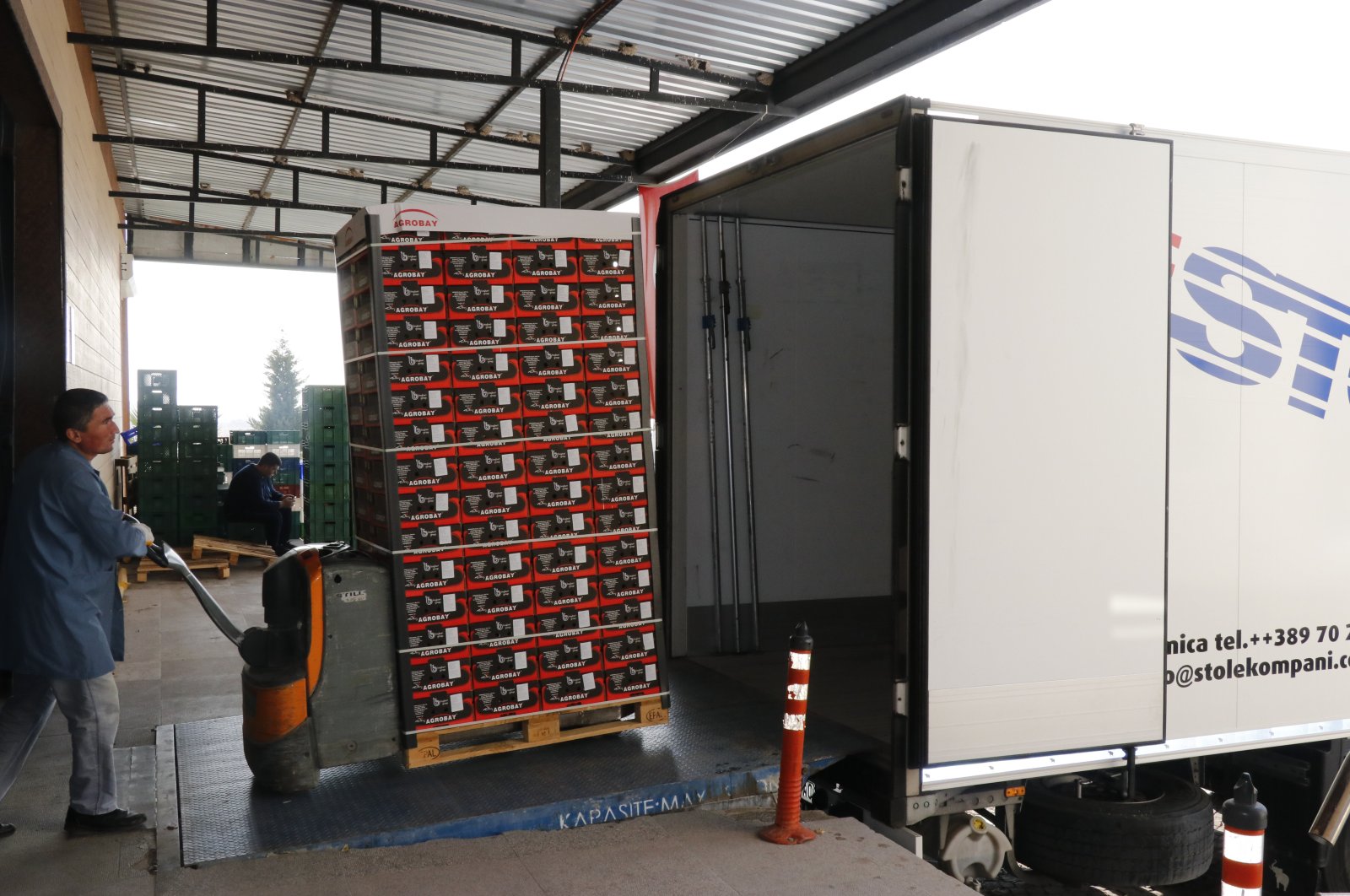 Turkish exports to Russia, one of the country’s top markets, increased by 18% in the first three months of the year, hitting $1 billion, according to the Eastern Black Sea Exporters Association (DKİB) data announced Monday.

Some 727,615 tons of goods were exported to Russia, including 27 items, in the first quarter of the year, the data showed.

In the same period last year, Turkey's exports to Russia had amounted to around $855.2 million. Thus, exports surged by 17% in quantity and 18% in value compared to the same period of the previous year.

Fresh fruit and vegetable exports to Russia have thus seen a 30% increase in quantity and 37% in value compared to the same period of the previous year.

The export of fresh fruits and vegetables was followed by the auto and sub-industries, which sold $137.6 million and the chemical industry, with $104.7 million. Over this period, 50,542 tons of goods were exported to Russia from Turkey's Black Sea region, generating $40.5 million in revenue, compared to $37.6 million that was generated in exchange for exports of 49,653 tons in the first three months of last year.

While there was a 2% increase in quantity, the region saw an increase in the value of exports to Russia to the tune of 8%.

“Our exports to Russia made a good start in the first quarter, but now we think that our exports will be adversely affected in the coming months as the coronavirus pandemic is increasing in Russia and the precautions taken for it are causing great decreases in demand,” Kalyoncu told Anadolu Agency (AA). “We hope that the coronavirus outbreak is taken under control in a short time all over the world and that both humanity and our exports are not negatively affected by this situation.”