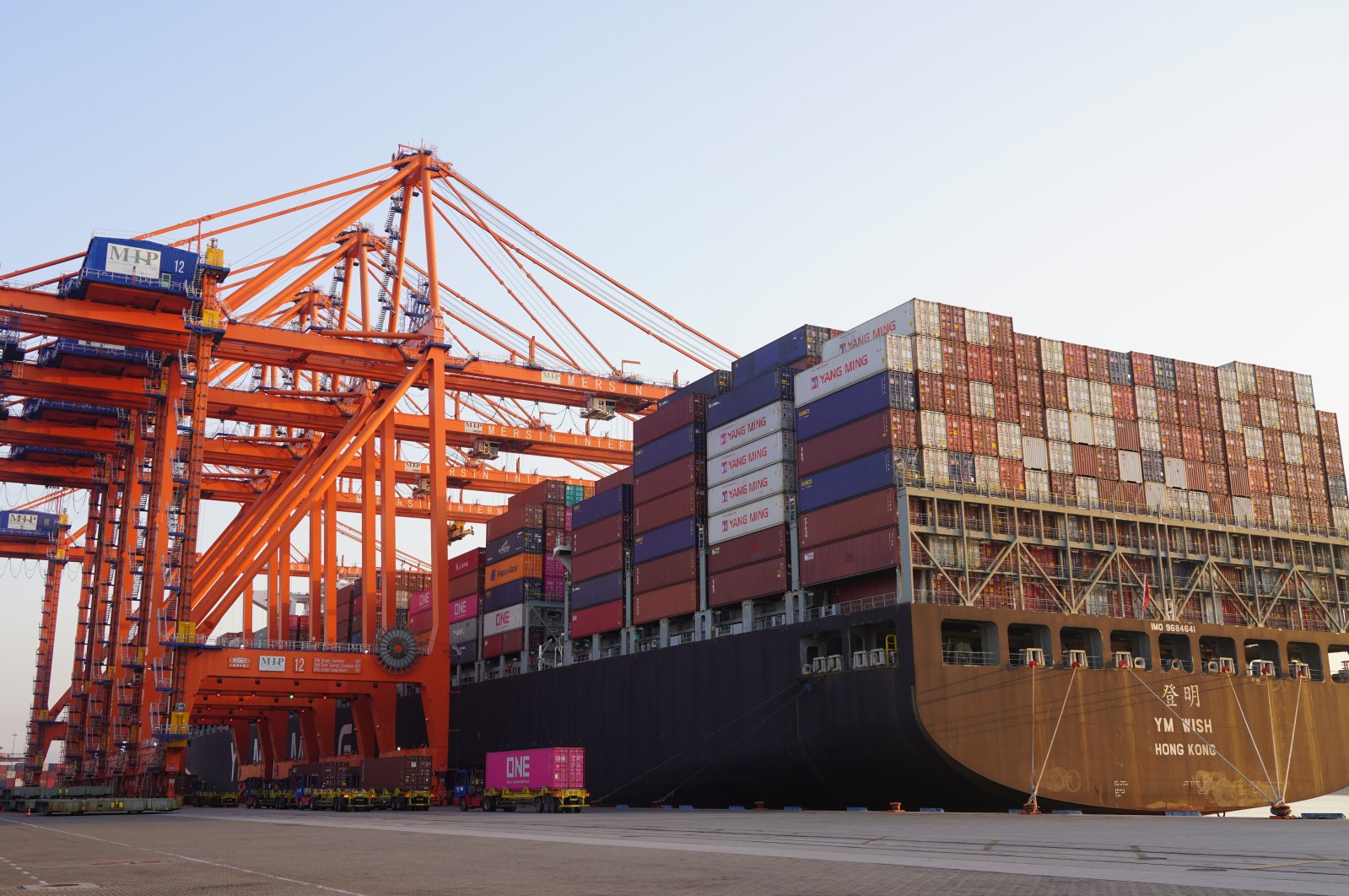 A container ship is seen at the Mersin International Port on the Mediterranean coast of Mersin, southern Turkey, Nov. 17, 2020. (IHA Photo)
by DAILY SABAH WITH AA Feb 26, 2021 3:15 pm
RECOMMENDED

The gap fell to $3.03 billion in the month, down from $4.51 billion in January 2020, the Turkish Statistical Institute (TurkStat) announced Friday.

Exports surged 2.3% on an annual basis to reach more than $15 billion last month, while imports slipped 5.9% to over $18 billion, the data showed.

The manufacturing sector was the best performer with a 93.8% share in the total exports.

The ratio of intermediate goods in total imports was 76.3% last month, according to the data.

At $1.45 billion, Germany was the main destination for Turkey’s exports in the month, while China was the main partner for imports at $2.2 billion.

The share of high-technology products in manufacturing industries’ exports was 3% last month, remaining stable on a yearly basis, TurkStat said.

The data also showed that the country’s energy import bill dropped by 35.8% to $2.63 billion in the first month of the year compared to last year.

The decline came as the country boosted its domestic and renewable energy production.

The energy accounted for 14.45% of the overall import figure.