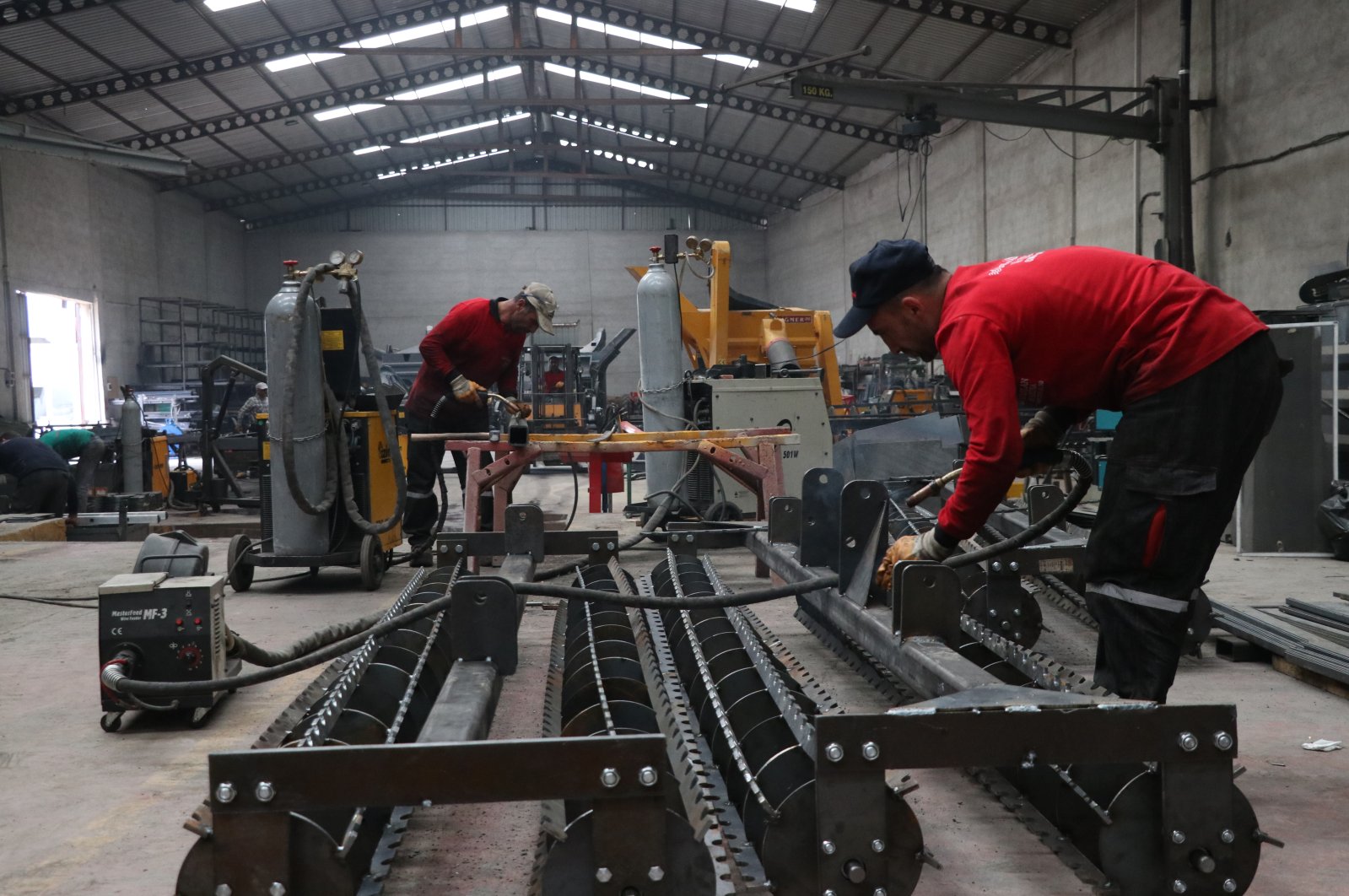 Economists say recovery from the bottom has started with the gradual reopening of the economy and the easing of lockdown measures, while the output is expected to register an upward trend as of June

Turkish industrial production surged 17.4% month-on-month in May, a month that marked the start of the easing of coronavirus lockdown measures, the country’s national statistical body said Monday.

The rise came after the output plunged 30.4% on a monthly basis in April, as the major emerging market economy felt the full impact of measures to stem the spread of the coronavirus.

The wheels in the industry have started to accelerate again, said Treasury and Finance Minister Berat Albayrak, evaluating the data.

“Our industrial production has increased by 17.4% in May on a monthly basis. In addition, the turnover index for the industry, the construction, trade and services sectors rose 12.5% in the same period. We have seen the first signal of a 'V' recovery in both indices." Albayrak said on Twitter.

The industrial output shrank a less-than-expected 19.9% year-on-year last month, the Turkish Statistical Institute (TurkStat) data showed, due to measures to curb the spread of the coronavirus.

Turkey logged its first COVID-19 infection on March 11, and soon after, many factories halted operations, leading to a production drop of 31.4% year-on-year in April.

Also elaborating on the data, Industry and Technology Minister Mustafa Varank said while the output declined on a yearly basis as expected, it surged compared with April.

“All global markets experienced a sharp contraction in April. We were one of the top three countries with the fastest recovery in May, all the subitems of the index were positive,” Varank said on Twitter.

According to a graphic showing monthly change in countries’ industrial production in May, Turkey came in third after Italy's 42.1% increase and France's 19.6% rise, leaving behind Spain, Germany, China, the U.S. and South Korea.

The output was expected to have contracted 22.5% annually in May, according to a Reuters poll.

When the subsectors of the industry were examined, the manufacturing index posted the highest rise in the month with 19.3% compared with a month earlier.

"The mining and quarrying index also increased by 4.5% and the electricity, gas, steam and air conditioning supply index rose by 4.9% in May 2020," TurkStat said.

All the subsectors of the industry saw decreases in May 2020 compared with the same month last year.

The manufacturing index diminished the most annually with 20.6% in May.

It was followed by the mining and quarrying index and the electricity, gas, steam and air conditioning supply index with 14.2% and 13.3% decreases, respectively.

Increasing trend as of June

Economists said the recovery from the bottom has started, and the output is expected to register an increase as of June.

“The current signals suggest that the momentum reached in June with the lifting of quarantines could reflect positively on growth figures as of the third quarter,” Bürümcekçi told AA.

However, he said, in case exports and service sectors do not join the recovery that began with a rebound in domestic demand, this trend could not be balanced and sustainable. In this context, he added, the recovery in the PMI indices of developed countries is promising.

Turkey’s PMI for manufacturing rose to 53.9 last month from 40.9 in May, ending a three-month period of moderation and passing above the 50 mark that separates expansion from contraction.

Separately, according to state lender Vakıfbank’s Economic Research Unit Report, there has been a rebound from the bottom with the gradual opening of the economy in May.

Pointing to sharp contractions in the annual industrial production index in April and May, the report projects a rise in June industrial output amid normalization.

Total turnover up in May

In addition, according to the total turnover index, to which Albayrak referred, the Turkish economy’s total turnover saw a monthly increase of 12.5% in May, TurkStat reported Monday.

According to TurkStat's definition, turnover is an important short-term indicator used to assess the country's economic situation. Turnover indices are composed of sales of goods and services invoiced by enterprises in the reference month over a certain period to monitor developments on a quarterly and yearly basis.

All enterprises that declare their value-added tax payments to the country's Revenue Administration are included in the turnover index calculation.