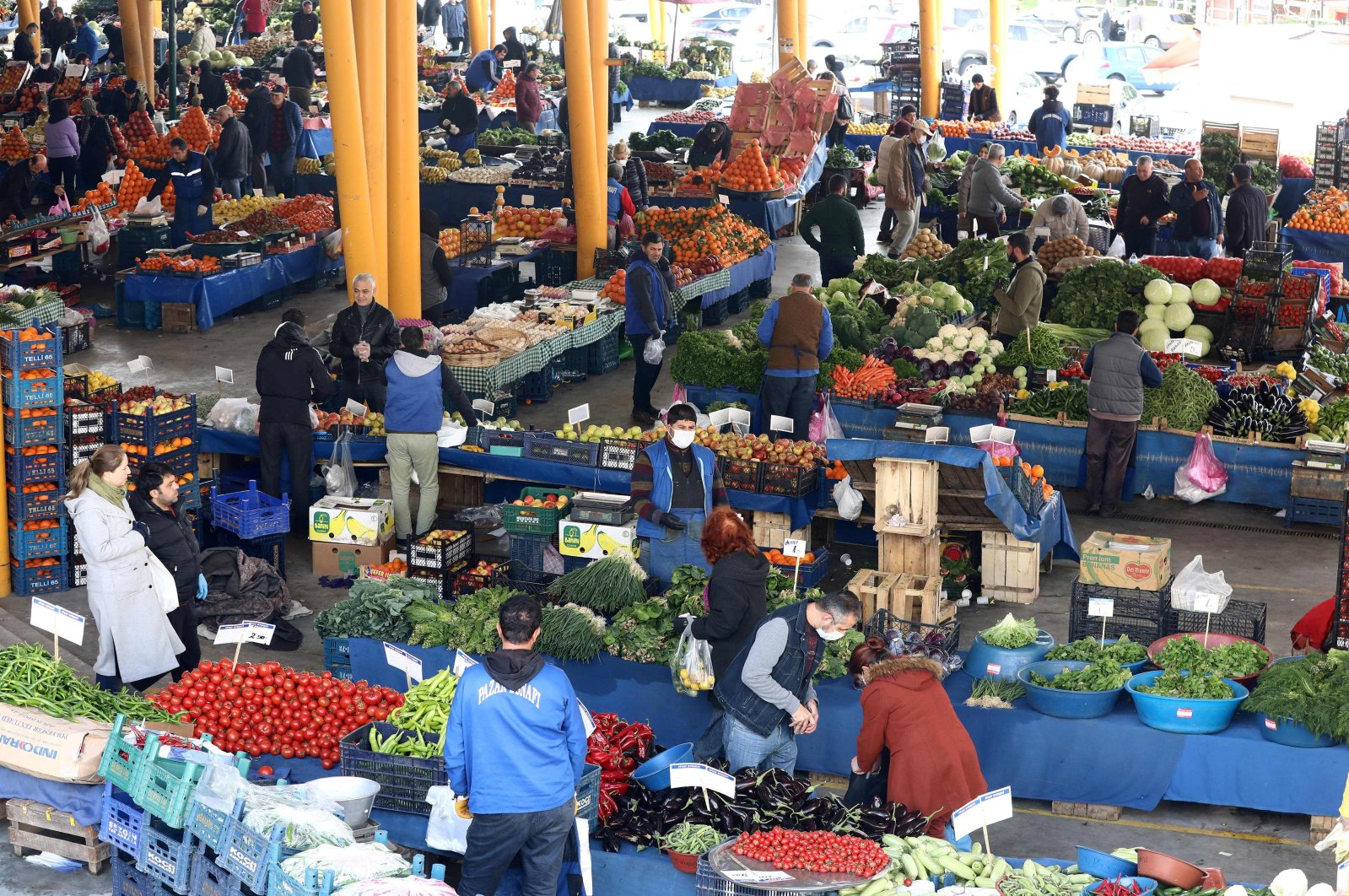 Turkey's consumer price index is expected to have declined in March, surveys showed Tuesday. The decline was driven mainly by plummeting global prices and not because of a fallout from the coronavirus outbreak.

The inflation is projected to drop to 11.85% in March, a Reuters poll showed, while economists polled by Anadolu Agency (AA) expect it to come in at 11.81%.

The consumer price inflation rose less than expected to 12.37% year-on-year in February, according to the Turkish Statistical Institute (TurkStat). Month-on-month, consumer prices rose 0.35%.

A group of 14 economists polled by AA said they expect monthly inflation to average 0.53%, with estimates ranging between 0.10% and 1%.

Inflation was a pressing issue for the economy after it surged to a 15-year high of above 25% in October 2018 but briefly touched single digits last fall, thanks largely to a base effect and tight monetary policy. It has since edged up, remaining around 12% in the past three months.

The "free fall" in oil prices is positive for Turkey, which is almost completely reliant on imports to meet its energy needs, said GCM Investment, also pointing to potential economic damage from the coronavirus pandemic.

"While the possibility of reaching single-digit inflation in the second half of the year continues when taking into consideration the central bank's guidance, the decline in oil prices and slowdown in economic activity could contribute to this," it said in a note.

The median estimate of 11 respondents for inflation at year-end was 9.6%, slightly lower than a previous Reuters poll. Forecasts this month ranged between 10.40% and 7.50%.

According to an AA survey, year-end inflation is projected to reach 9.12%, with the lowest estimate at 7.5% and the highest at 10%.

The central bank, which has slashed interest rates by 1,425 basis points since July 2019, aims for inflation to drop to single digits this year. It predicted that inflation would fall to 8.2% by the end of the year.

In the minutes of the March monetary policy meeting, the central bank said the sharp fall in international commodity prices, particularly in crude oil and metal prices, affects the inflation outlook favorably, despite the recent depreciation of the lira.

TurkStat is due to announce the March inflation data on April 3 at 0700 GMT.