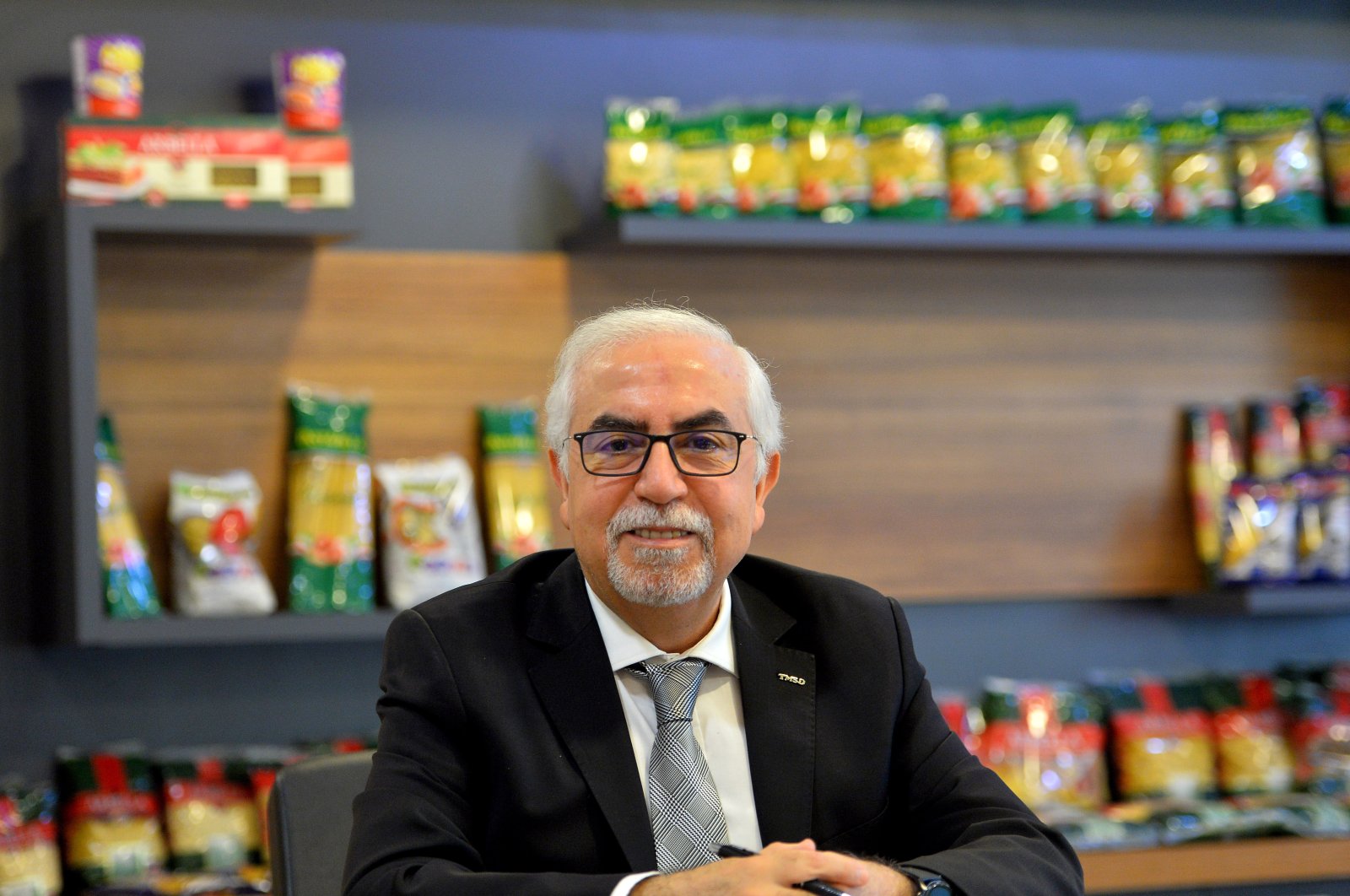 Abdülkadir Külahçıoğlu, the chairman of Pasta Industrialists Association of Turkey (TMSD), spoke to Anadolu Agency about the sector's export performance on May 24, 2020. (AA Photo)
by DAILY SABAH WITH AA May 26, 2020 3:20 pm
RECOMMENDED

Turkey recorded a jump in pasta exports to Europe after Italy, the world’s largest pasta exporter, struggled to handle the rise in demand caused by the coronavirus pandemic. Turkish producers, however, say a 20-ton annual quota remains a large obstacle to increasing their market share in the European Union.

The industry representatives said Turkey is on its way to becoming an alternative to Italy as a producer, noting that pasta exported to Europe in the last two months has reached levels that are normally achieved in six months.

The 20-ton quota imposed by the EU, its largest trade partner, is the biggest hurdle that needs to be dismantled, according to a group of pasta producers.

Abdülkadir Külahçıoğlu, the chairman of the Pasta Industrialists Association of Turkey (TMSD), said Sunday Italy’s lobbying activities were the main reason the quota is still in place for Turkish pasta exports. He noted that restricted market access due to quotas and other protective measures is putting a strain on Turkish producers’ ambitions to replace Italy as the top pasta exporter.

"We already proved to the global markets that we can compete with Italian pasta in terms of quality and price," Külahçıoğlu said.

He added that the association previously requested the EU to lift the quota and they are planning to bring the issue back to the table as soon as the COVID-19 travel restrictions are lifted.

Turkey, the second largest pasta exporter in the world, shipped out 1.27 million tons of product, worth over $607 million, to more than 160 countries in 2019. In the first quarter of 2020, pasta exports reached $170 million, TMSD data showed.