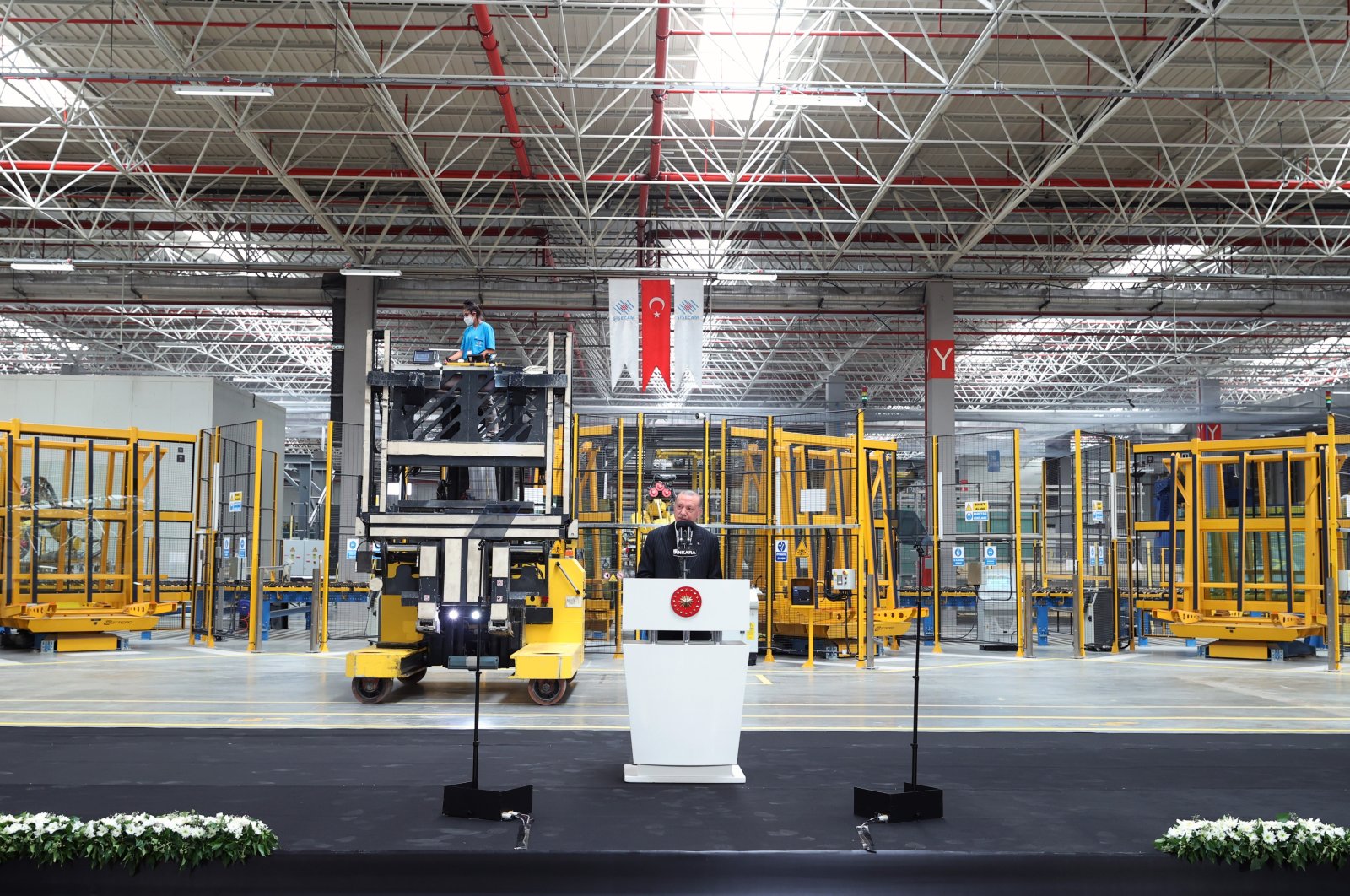 The announcement by Ahmet Kırman came during the opening ceremony of Şişecam’s new production line at its Polatlı factory in the capital Ankara.

The ceremony was attended by President Recep Tayyip Erdoğan who pledged to always support the investors who believe in Turkey’s potential and trust the nation’s economy. The government sees the private sector as the driving force of economic growth and development, the president said.

Having started production in 1935, Şişecam became one of the most prestigious brands in glass production in Turkey, Erdoğan also said.

Stating that Şişecam – which produces flat glass, glassware, glass packaging and glass fiber among other products in 14 countries on four continents – is a global player exporting to over 150 countries, Erdoğan said. He noted that the company that employs approximately 12,000 people is in the top three in glassware worldwide.

The factory in Polatlı, which was established with an additional investment of TL 1 billion, increased the company’s flat glass production capacity to 2 million tons.

“This facility, with a volume of 540,000 tons, is the largest flat glass production base in Europe and provides additional employment for 315 people,” the president said during the opening ceremony.

Given the widespread use of glass-based products in almost every field from construction to automotive, electronics to defense, Erdoğan emphasized that “the importance of this facility for our country's economy will be understood much better.”

“Turkey, which develops its own automobile, its own aircraft and its own aircraft carrier, is also increasing its demand for glass products on a regular basis. The high-quality glass used in the health care industry, especially with solar panel glass, is one of them. As in every strategic product, we want the demand for qualified glass products to be met from our own domestic market,” Erdoğan stressed.

He noted that Şişecam has also received approximately TL 124 million in resources from the state for its research and development works.

In a statement to the Public Disclosure Platform (KAP) on the planned TL 4 billion investment, the company said: “In line with Şişecam's goal of meeting the rapidly rising glass demand in Turkey and creating sustainable value for all its stakeholders, it has been decided to make two new float line investments exceeding TL 4 billion for architectural glass and automotive glass needs. It is aimed to increase the production capacity by 30% to 2.6 million tons.”

The company statement noted that the new greenfield investment for the architectural glass float line with a daily capacity of 1,200 tons is aimed to be commissioned within 24 months in order to meet the rapidly increasing demand for flat glass.

Meanwhile, the line for automotive glass with a daily production capacity of 750 tons is expected to be completed within 18 months.