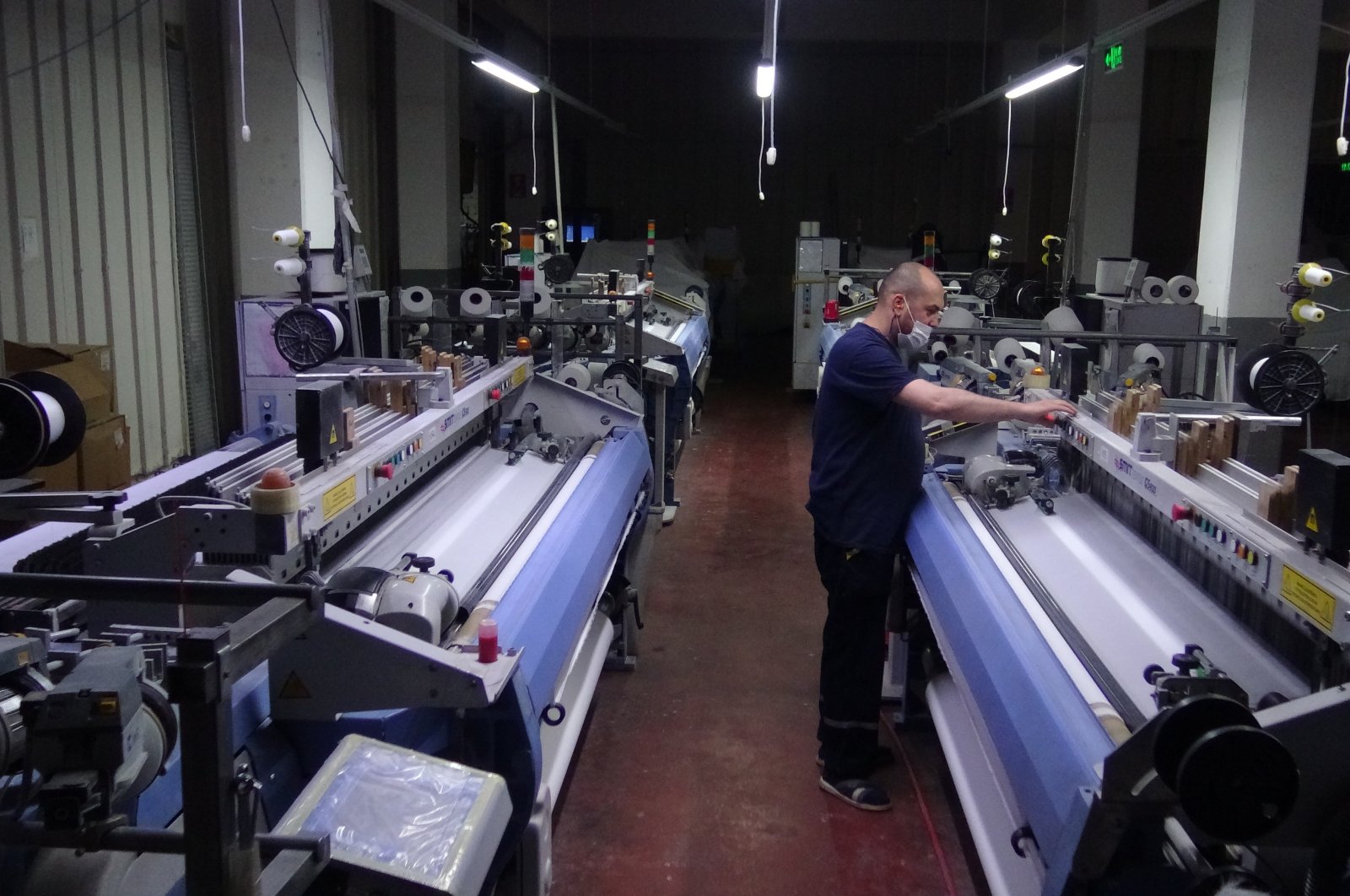 Following a mandatory yet brief break due to the coronavirus outbreak, Turkish factories in western Kocaeli and Sakarya provinces – leading industrial cities of the country, started operating at full speed, with new investments and factory openings on the way thanks to increasing orders.

Especially automotive and textile industries, which are considered chief players in the Turkish economy, started their production even faster than the pre-coronavirus period as of June 1 when the country lifted almost all of the measures as the spread of the virus was declared under control and a new phase of normalization has begun.

Mustafa Gültepe, CEO of the Talu Tekstil located in the first Organized Industrial Zone (OIZ) in Sakarya, who is also the chairman of the Istanbul Textile and Apparel Exporters Association (ITKIB) told the Turkish Sabah daily that they started June fast, as the company is receiving high numbers of orders from Europe.

Textile and apparel were one of the sectors most affected by the pandemic that hammered businesses worldwide. Hitting Europe and the U.S. hard after emerging in China, the outbreak shuttered nearly all stores and eventually caused a difficult process for Turkish textile manufacturers and exporters.

However, the textile manufacturers underwent a quick revival and now foresee an even quicker recovery after the shock they experienced, sector representatives said.

Talu Tekstil is currently working again at full production after its factories produced nothing but medical masks during the month of April.

"The demands have increased significantly with the opening of stores in Europe. Our capacities are also increasing rapidly,” Gültepe said.

The company opened its third factory in Adapazarı last year to keep up with increasing orders and is now planning to move its factory to a newly established giant factory with a closed area of 20,000 square meters (65,617 square feet) in central Turkey at the end of the month. Its production capacity is planned to increase by 30% after moving to the new factory.

“Our investments will continue to increase," Gültepe said.

The company, which strictly follows all the rules set out by the Ministry of Health, has already changed the working order and reorganized its dining halls accordingly with social distancing rules while every staff member is required to wear face masks and have their temperatures taken regularly.

The company sells its entire production abroad and were sending products to 155 countries before the outbreak. Talu Tekstil, which was manufacturing approximately 1 million products a day for global companies before the virus, is working with the target of producing at these levels again in August.

Stating that they provide employment for 2,500 people, Gültepe noted, "As industrialists, we are ready to do whatever we can with the support of the state."

He added that Turkey stands out as one the most powerful alternatives to supply chains and with this challenging process it has even “strengthened its solid supplier position."

Assan Hanil Automotive Industry and Trade Inc., established with the partnership of Kibar Holding and South Korean Seoyon E-Hwa that resumed production on April 20, is also continuing to produce at high levels and increased its capacity utilization rates up to 70% in a short time.

Atacan Güner, the company's general manager, said that the capacity utilization rates are increasing daily, and “the sector is expecting 90-95% levels in September."

The company operates five plants; three of which are located in Kocaeli, one in northwestern Bursa and the other in central Aksaray; and produces for brands including Hyundai, Ford, Mercedes, Toyota, Karsan, Isuzu and Honda.

The companies that receive products from Assan Hanil which has an annual 190 million euro ($214.2 million) turnover, are also among the largest exporters and have large markets in Europe. Thus, 90% of the company's turnover comes from indirect exports.

Saying that the main acceleration in the sector will be achieved with the opening of the European market, Güner said: "We expect the market to return to 70-75% sales pace in June and its pre-coronavirus levels in three to four months."

Güner also said that the company’s initiatives for investment abroad also continue uninterrupted despite the virus and having its main target in western Europe.

"Our search for investments continues regarding Germany, Czechia and Poland,” he said, noting that “they plan to buy at least 50% shares of a company with an investment of 40 million euros.”

Stating that they are recovering rapidly although the sector is the most affected by this crisis after the textile and aviation industries, Güner explained that the credit support given by the public banks to the automotive sector is also very important.

Predicting that this step will be reflected in the sector very quickly, Güner said: "The automotive (sector) is the locomotive of the exports. All kinds of support to be given here are also very important for the protection of employment. We expect the sales to double with the support in question.”

Turkey's three largest state lenders last Monday announced that they will extend a new loan incentive scheme with reduced rates to invigorate the transition to normalization and revive social life, as economic activity steps up following a slowdown due to the coronavirus pandemic.