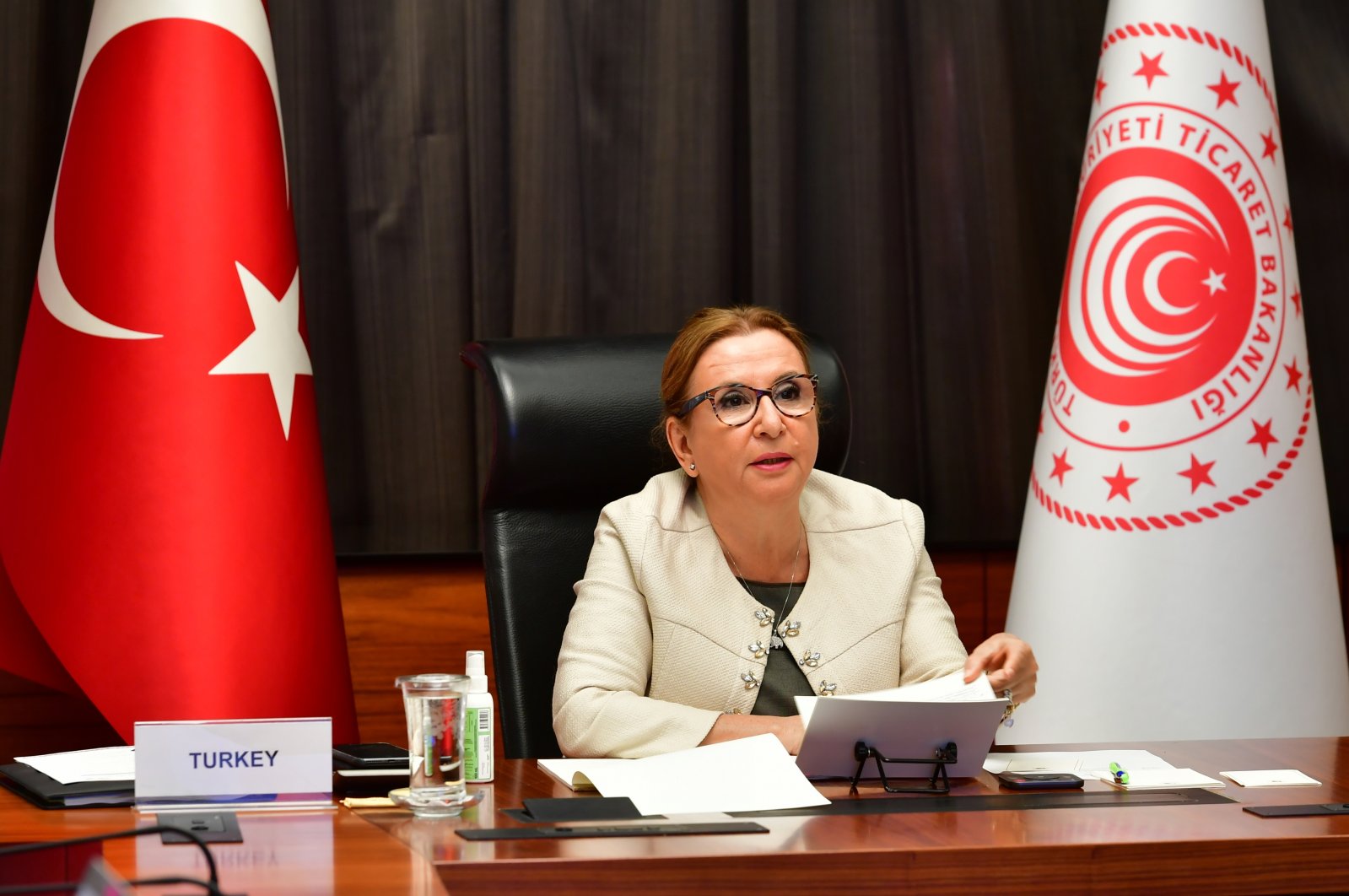 "An open, free, fair and rules-based multilateral trading system plays a vital role in promoting predictability and stability for international trade and achieving economic recovery from the COVID-19 pandemic," Ruhsar Pekcan told a G-20 Trade and Investment Ministers' Meeting held virtually with the participation of top officials from 26 countries.

Pekcan stressed that the pandemic shaped discussions at this year's meeting focused on tackling the outbreak's fallout on societies and economies.

She underlined that the ministers achieved more progress in the implementation of G-20 actions, particularly in eliminating some trade hurdles and putting more trade facilitation instruments into practice.

"We should continue our cooperation and refrain from arbitrary or disguised restrictive actions and non-tariff barriers in our bilateral, as well as multilateral, relations, no matter what the reason is," Pekcan said.

Pointing to the importance of micro-, small- and medium-sized enterprises for many G-20 economies, including Turkey's, Pekcan welcomed the G-20's policy guidelines on boosting those enterprises' international competitiveness.

"The Joint Statement Initiative on this particular issue is a vital tool in overcoming burdens encountered by these enterprises, as well as enhancing their integration into the global economy and resilience to external shocks," Pekcan said.

She also underlined the role of the Specialized Free Zones that Turkey established to promote market-oriented technological development, contribute to the establishment of knowledge-based economies and attract foreign investment.

Turkey's Trade Ministry provides incentives for companies that take part in the zones, such as tax exemptions, breaks on rent and qualified employment support.

Following the meeting, six documents were adopted as the main outputs of the G-20 trade and investment agenda, as an annex to a ministerial declaration.

The Declaration of Ministers emphasized that urgent trade measures taken in the fight against COVID-19 should comply with World Trade Organization (WTO) rules, and not create unnecessary obstacles to trade or cause disruption in global supply chains.

The declaration pointed out that all policy tools will continue to be used to minimize the negative effects of the pandemic in social and economic terms while adding that structural problems such as excess capacity in some sectors may create negative effects.