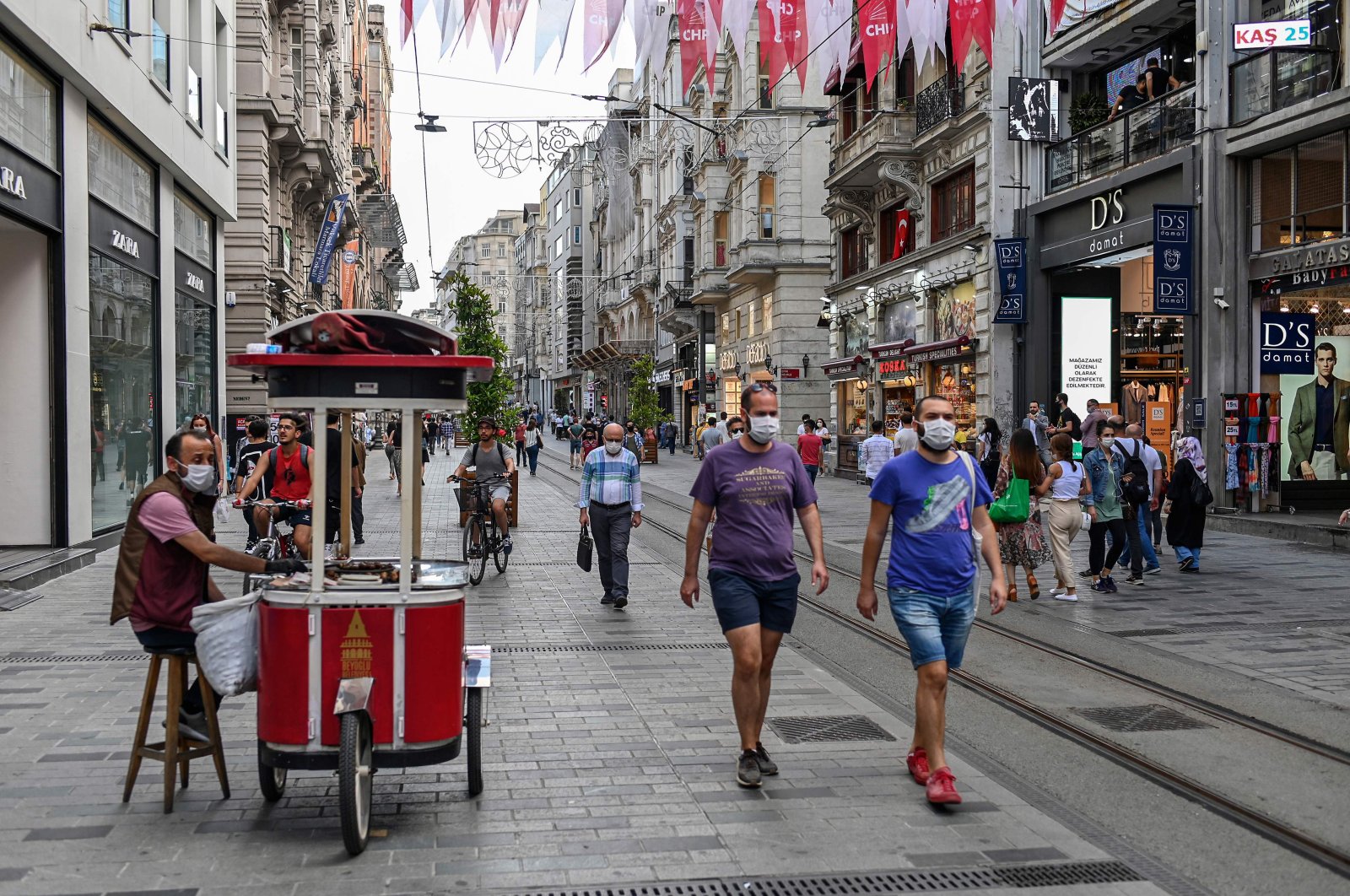 Turkey's headline unemployment rate fell to 12.8% in April, according to data released by the national statistical body Friday.

The figure was down 0.2 percentage points from 13% in the same month last year, the Turkish Statistical Institute (TurkStat) said. April’s unemployment rate was also down from 13.2% a month earlier.

The government last month said it would extend the three-month ban on layoffs imposed in April for three more months, in a move to offset shuttered businesses and unemployment as the country reopened its economy in the wake of the coronavirus outbreak.

The TurkStat data showed the number of unemployed people age 15 and older hit 3.8 million in April, decreasing 427,000 on an annual basis. The non-agricultural unemployment rate fell to 14.9% from 15% a year earlier.

In response to the outbreak, Turkey topped up the wages of employees whose work hours had been cut and whose employers applied for funding.

The government had provided support of TL 39.24 (about $5.70) per day to workers forced to take unpaid leave due to the outbreak. Under the country's short-term work allowance, it has paid 60% of staff salaries for a period of three months within the ranges of TL 1,752 to TL 4,381. The allowance was recently extended to the end of July.

The data also revealed that the youth unemployment rate, including people ages 15 to 24, rose 1.2 percentage points year-on-year, hitting 24.4% in April, and that the employment rate fell to 41.1% in the month from 42% a month earlier, with the number of people outside the labor force rising to 32.9 million from 32.1 million a month earlier.

TurkStat data revealed that the labor force participation rate was 47.2% in April 2020, down 5.7 percentage points from April 2019.

Compared to a year earlier, the number of people not in the labor force has risen by more than 4.07 million, the data showed.

The rate of young people who were neither employed nor in education reached 29.1%, up 5.7 percentage points from the same period last year.

Meanwhile, the number of employed fell by 2.6 million on an annual basis to 25.6 million people this April. The number of women participating in the workforce dropped 5.3 percentage points from last year to 29.2%.

As part of its economic program announced last year, the Turkish government aims for an unemployment rate this year of 11.8%. The program projects unemployment will drop gradually to hit 9.8% in 2022.