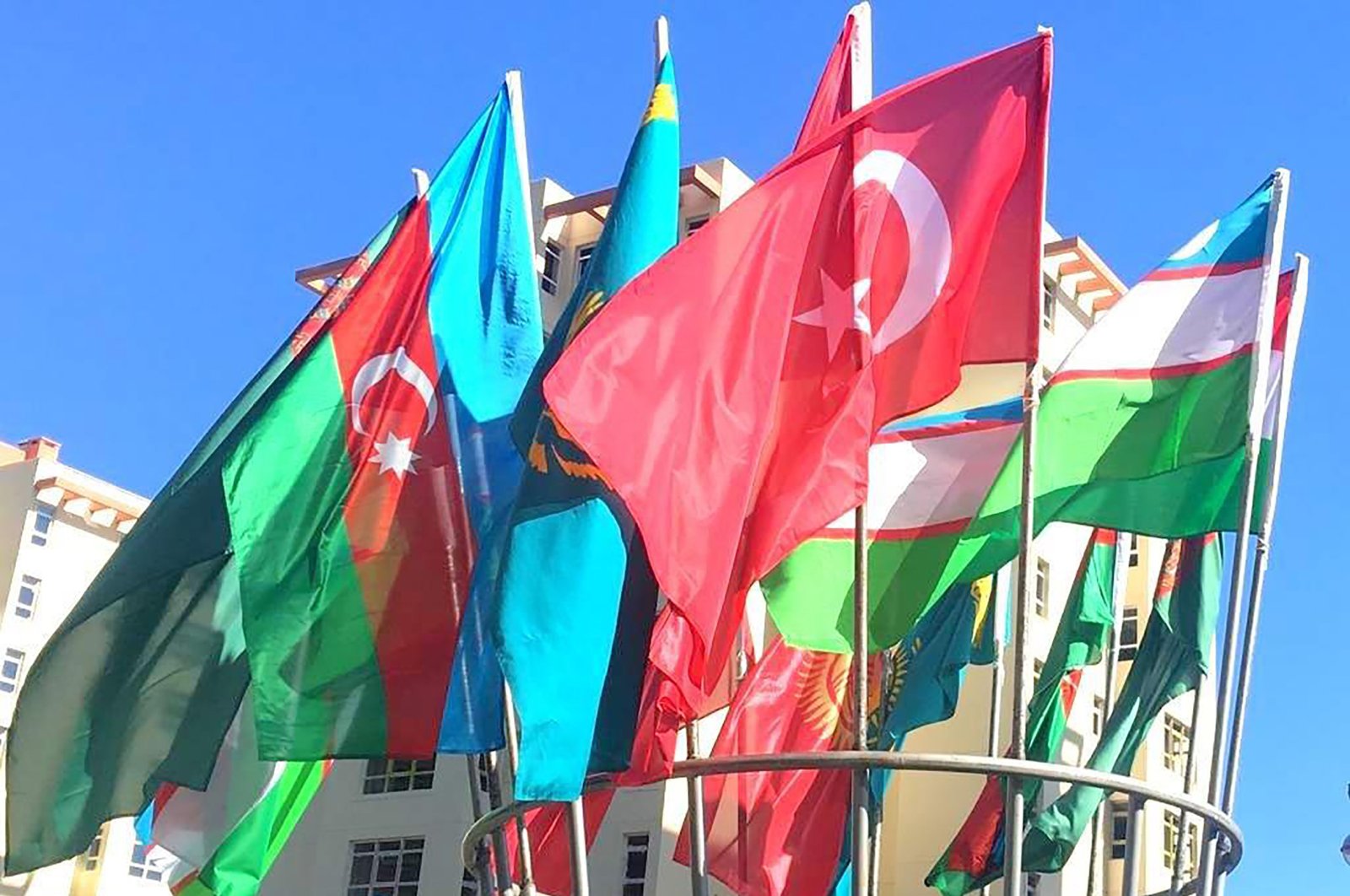 Flags of the countries participated in a Turkic Council meeting seen in Baku, Azerbaijan in this undated file photo.
by DAILY SABAH Jun 14, 2020 3:13 pm
RECOMMENDED

The Turkic Council, consisting of six Turkic countries, is looking to establish a $500 million Turkish Investment Fund as its initial step toward boosting economic cooperation between the member states.

Swap agreement negotiations between the central bank of the member states, namely Turkey, Azerbaijan, Kyrgyzstan, Kazakhstan and Uzbekistan, along with Turkmenistan, which is not a member state but attends all the council's meetings, and Hungary, a country that has observer status, have been initiated.

Commissions were established among the council for joint production in health and defense, along with agreements to ensure an uninterrupted supply of food and drug chains among member countries especially in a time when those supplies become more vital due to the pandemic.

Turkic Council Deputy Secretary-General Ömer Kocaman said that the fund will be one of the first steps to enhance the group's economic cooperation, noting that the agreement was set to be signed before the pandemic; however, now they expect it to take place over the course of the year. He said that Hungary also announced its intention to support the fund.

Kocaman stated that due to the coronavirus outbreak, the Turkic Council has made a series of decisions regarding medicine and food supplies, while works are set to be done for the supply of agricultural products as well.

“Feasibility studies were carried out for swap agreements in bilateral terms,” Kocaman went on saying, adding that they are working to make swap agreements on multiple levels.

Kocaman emphasized the importance of the middle corridor projects in terms of trade, which connects Central Asia and the Caspian region to Europe via Turkey, and is of great importance as a continuation of China’s revival of the historical Silk Road.

Stating that this will increase commerce between the member countries, he said: “The amount of trade with the countries of the Turkic Council is around $8 billion to $10 billion. These figures will increase.”