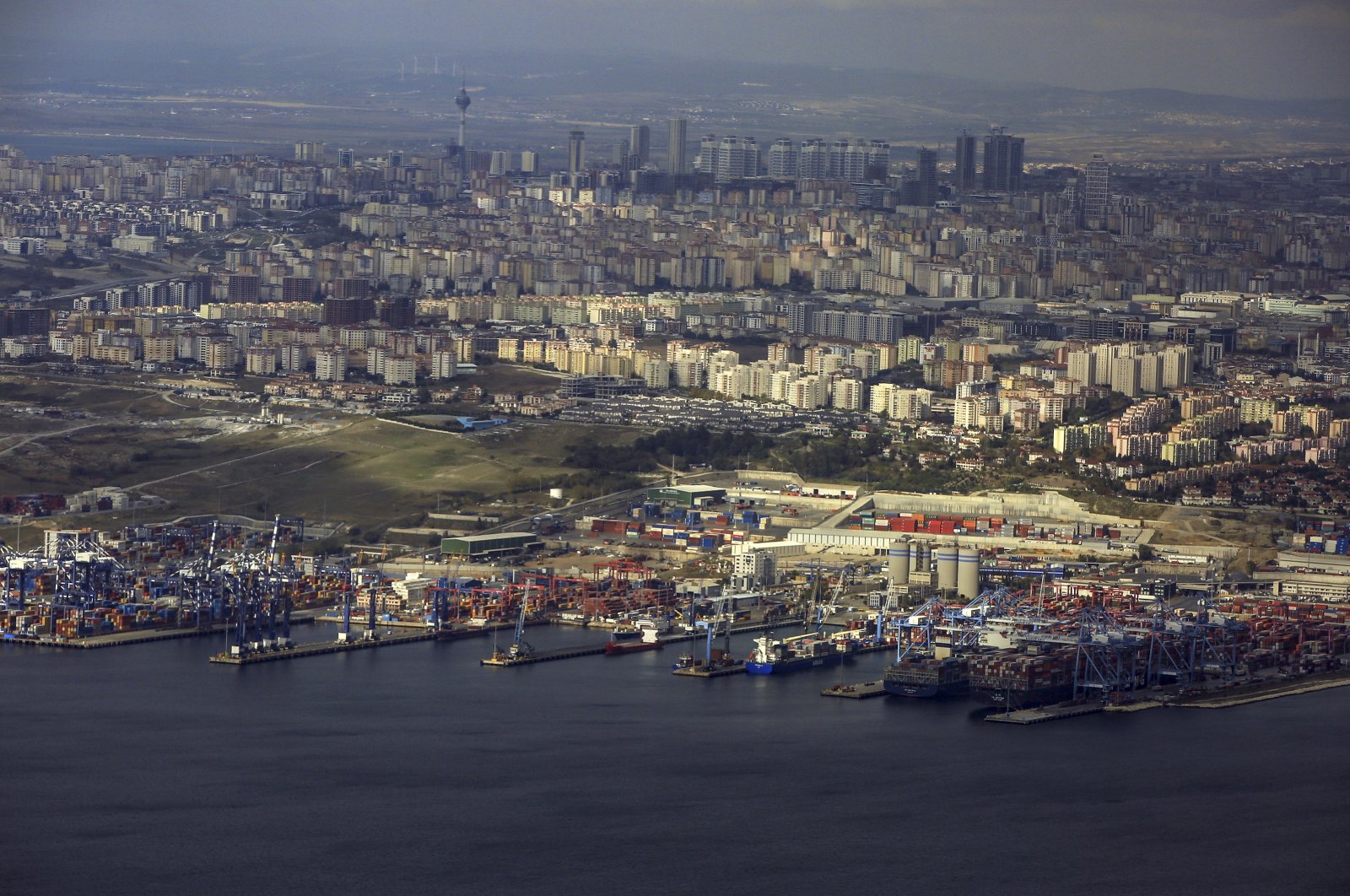 An aerial view of the European side of Istanbul with the Ambarlı port in the foreground, the biggest port in Turkey, Nov. 9, 2018. (AP Photo)
by DAILY SABAH WITH AGENCIES Oct 10, 2020 1:56 pm
RECOMMENDED

Saudi Arabia and Turkey have been at odds for some years over various regional issues – not least, the murder of journalist Jamal Khashoggi in the Saudi consulate in Istanbul in 2018.

For more than a year, Saudi and Turkish traders have speculated that Riyadh has been enforcing an informal boycott of imports from Turkey.

"Any official or unofficial initiative to block trade between the two countries will have negative repercussions on our trade relations and be detrimental to the economies of both countries," eight Turkish business groups, including textile exporters and contractors, said in a statement.

"We deeply regret the discriminatory treatment that our companies face in Saudi Arabia... We expect Saudi authorities to take concrete initiatives to resolve the problems," said the business groups, which included the Foreign Economic Relations Board (DEIK), the Turkish Exporters' Assembly (TIM) and the Union of Chambers and Commodity Exchanges of Turkey (TOBB).

Saudi Arabia's government media office has said authorities have not placed any restrictions on Turkish goods.

Last week, however, Ajlan al-Ajlan, the head of Saudi Arabia's non-governmental Chambers of Commerce, called for a boycott of Turkish products in response to what he called continued hostility from Ankara.

"A boycott of everything Turkish, be it imports, investment or tourism, is the responsibility of every Saudi 'trader and consumer,' in response to the continued hostility of the Turkish government against our leadership, country and citizens," al-Ajlan tweeted.

Saudi authorities were on several occasions last year reported having been deliberately holding Turkish trucks at the customs border without any justification. Trucks were allowed to enter after days of waiting.

Stressing the significance of conducting commercial and economic relations smoothly with Saudi Arabia, the statement said: "We regret to see that Saudi Arabia is taking an increasingly negative stance against Turkish companies."

The statement also drew attention to the global logistics companies' warnings to their customers about the obstacles Turkish companies face in Saudi Arabia, that they should be prepared for long waiting times at Saudi customs for goods arriving from Turkey and that imports from Turkey might even be blocked.