Turkish furniture sector aims to increase US exports to $1 billion 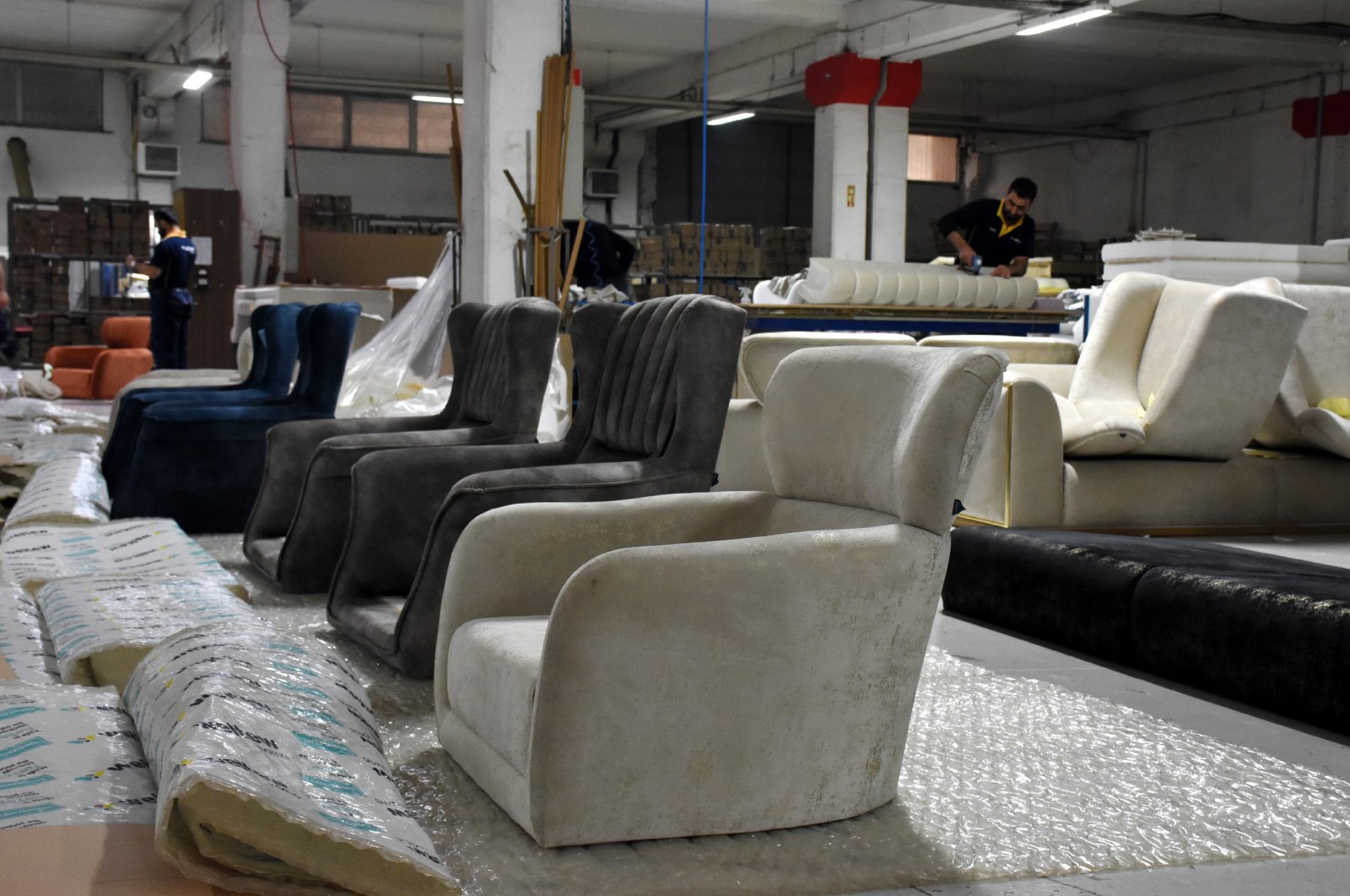 Armchairs can be seen in a Turkish furniture manufacturing facility as Turkish producers seek to expand their share in the U.S. market, June 4, 2020. (AA Photo)
by Daily Sabah with AA Jun 04, 2020 2:04 pm
RECOMMENDED

Turkish furniture producers are seeking to expand their share in the U.S. market by increasing exports to $1 billion (TL 6.8 billion) from last year’s $200 million.

Ahmet Güleç, the chairman of the Federation of Furniture Associations (MOSFED), told Anadolu Agency (AA) that they are resuming exports in June after border gates were opened as part of normalization efforts.

"June is a month in which we continue to increase our exports. Since the number was below normal last June, our exports will be higher in the same period of this year. We are expecting a 20% rise,” he said.

Güleç added that Turkey will come out ahead economically post-coronavirus by strengthening its position in the global supply chain.

Turkey's oldest furniture mall, Modoko, last October announced it would open a furniture showroom in the U.S. to sell wares and contribute to the two countries’ $100 billion bilateral trade target.

The showroom is said to have a minimum size of 15,000 square meters (49,213 square feet) and feature 80 brands that would include all the needs of a business – management, sales, service, logistics, advertising and legal.

“Our new market targets will be countries in the Americas, especially the U.S. Turkish furniture sector will benefit from the trade war between the U.S. and China. The sector's research and development experts are closely following the trends of the region,” he said.

To support the domestic furniture industry, the Turkish government announced tax cuts on furniture in January. Value-added tax (VAT) on furniture has been reduced to 8%, down from 18%.

Indicating that the U.S. is withdrawing from the Chinese market, Balcı said buyer committees from the U.S. are meeting with high-capacity manufacturers in Turkey.

“We aim to increase furniture exports from $3.5 billion to $4.5 billion this year. We will compensate for the last two months’ stagnation with the increase in the U.S. market. We will work hard in the second half of this year to reach our goals,” he said.