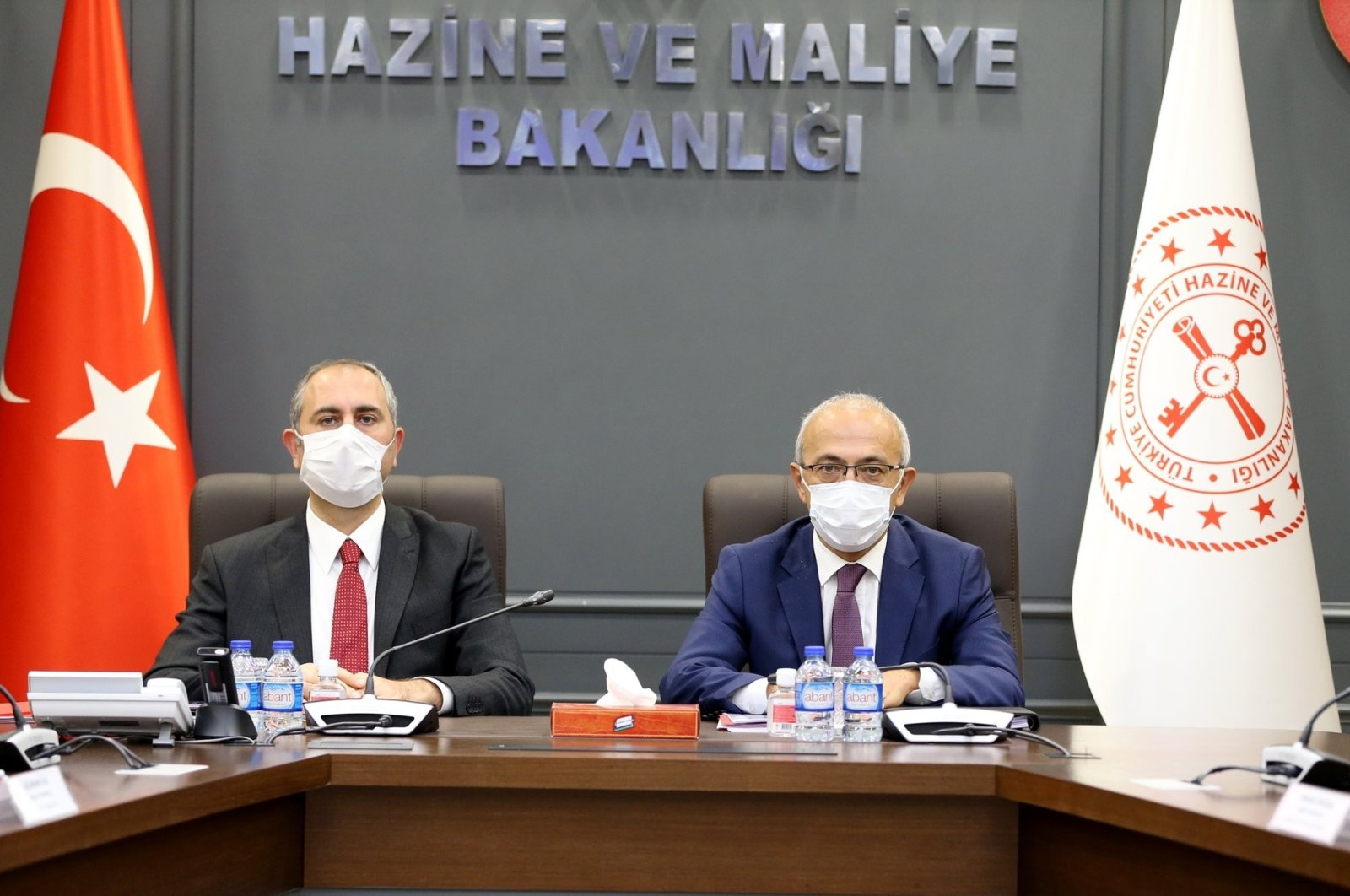 Turkey's government officials on Friday give a start to negotiations on new economic and judiciary reforms with the business world.

The discussions follow recent pledges by President Recep Tayyip Erdoğan for a new economic approach as he announced the government would launch comprehensive reforms in the economy and judiciary.

Treasury and Finance Minister Lütfi Elvan and Justice Minister Abdulhamit Gül on Friday met with members of one of Turkey's leading business associations, the Turkish Industrialists and Businessmen Association (TÜSIAD).

"We had our first meeting with the TÜSIAD delegation. It was a productive meeting," Elvan said on his Twitter account following the meeting in Istanbul.

Ahead of the talks, Elvan and Gül on Monday held discussions at the Treasury and Finance Ministry's headquarters in the capital Ankara.

In their second meeting, the two ministers will on Saturday meet with a delegation of the Union of Chambers and Commodity Exchanges of Turkey (TOBB).

"We will continue our negotiations with the TOBB delegation tomorrow and with other organizations in the coming days," Elvan noted.

During the meeting, they are also said to be accompanied by Industry and Technology Minister Mustafa Varank, Forestry and Agriculture Minister Bekir Pakdemirli and Trade Minister Ruhsar Pekcan.

Discussions will continue in the coming days with other business world representatives and nongovernmental organizations.

Erdoğan on Wednesday said Turkey will launch comprehensive reforms on investment, production, export and employment in the days to come.

He stressed that they would shortly finalize a human rights action plan with measures to boost trust.

“We will present preparations to parliament through our (parliamentary) group after consulting with all sectors concerned with human rights as well as the economic administration and business world,” he said.

Erdoğan said the reforms will be spearheaded by the People’s Alliance, made up of the ruling Justice and Development Party (AK Party) and Nationalist Movement Party (MHP).