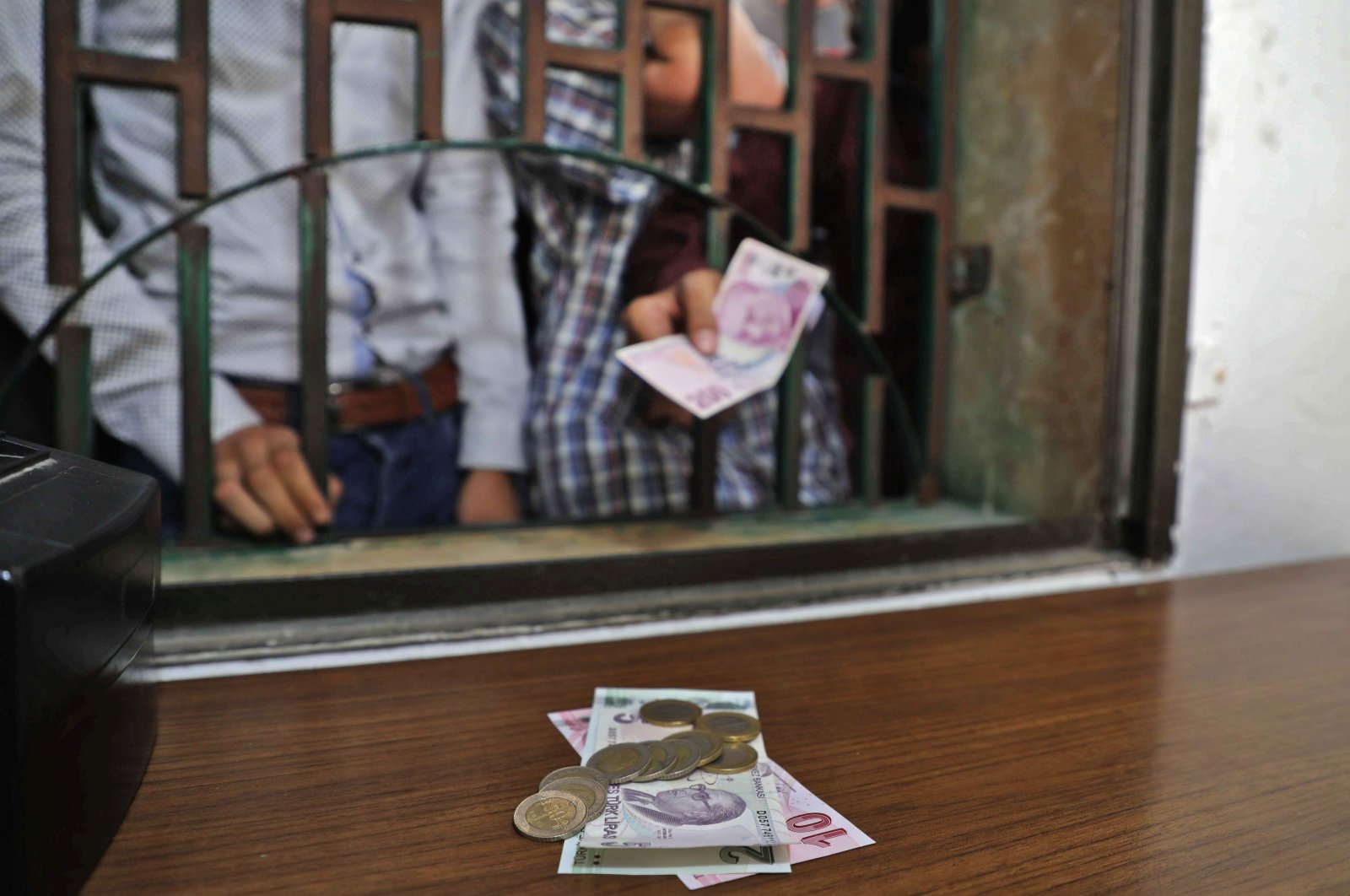 The Turkish lira has become the trusted currency of choice in northern Syrian territories still under the control of the opposition and cleared of terrorism by the Turkish Armed Forces (TSK).

As the Syrian pound has suffered a steep fall against the U.S. dollar and its fluctuations continue, civilians in some Syrian territories turned to the Turkish lira for shopping and other needs.

Soaring prices have made life harder for Syrians ravaged by a war that has killed hundreds of thousands and displaced millions.

In northern Syrian territories just south of the Turkish border, including opposition-controlled Idlib along with other regions cleared of terrorists by Turkey’s counterterrorism operations since 2016 – Euphrates Shield, Olive Branch and Peace Spring – many business owners began to use Turkish liras at vegetable markets, gas stations, clothing stores, restaurants, bakeries and grocery stores.

Zakariyah Ahmad, a restaurant owner in al-Bab in northern Aleppo, said the Turkish lira is used extensively and locals are happy with it.

He said both locals and shop owners are glad to use the lira due to its stability compared to the Syrian pound.

Mohammad Casim, a merchant, said after opposition elements started a revolt against the Bashar Assad regime in 2011, they had no other option than using the Syrian pound, but they now enjoy using Turkish liras as the former lost much of its value.

Casim said the Syrian pound is still in use in some locations but the lira is much more prevalent, adding that he expects businesses to shift from the Syrian pound to the "safe" Turkish lira.

Mustafa Cibli, who works for a currency exchange office in al-Bab, said staples such as sugar, oil, legumes, vegetables and fuel are priced in Turkish liras, which made locals "much safer."

The Assad regime has been hard hit by increased U.S. sanctions on the country this year.

The Syrian pound, which held steady at around 500 to the dollar for several years, went into free fall last year, hitting a low of over 3,000 in June.

Hundreds of thousands of people have lost their lives and more than 5.5 million civilians have fled to other countries over the last eight years.

More than 3.5 million have taken shelter in Turkey, which hosts more Syrian refugees than any other country in the world.