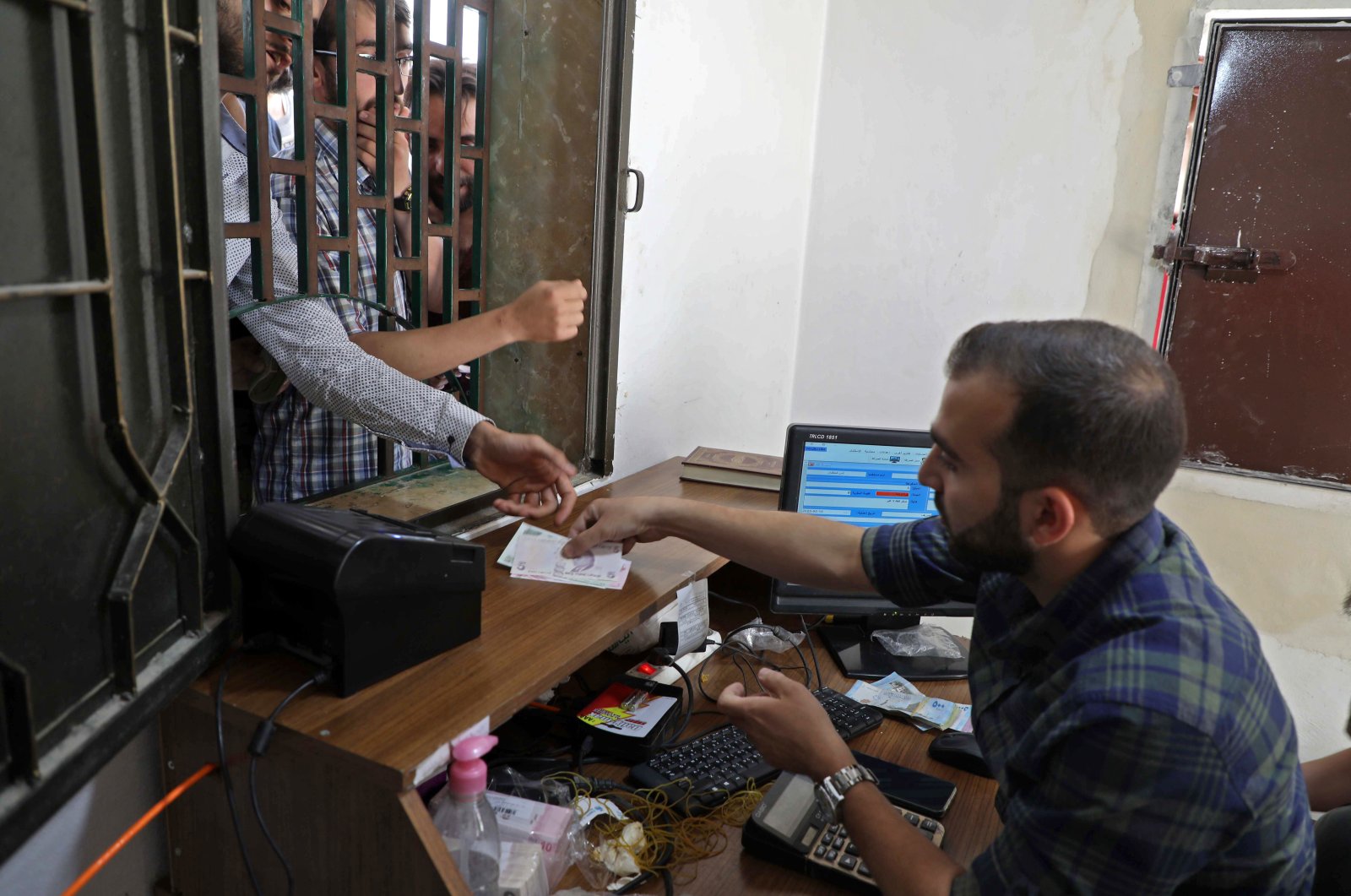 With a steep fall in the value of the Syrian pound against the U.S. dollar, civilians in several regions of northern Syria have turned to the Turkish lira to make purchases.

The lira is being used in Aleppo's Azaz district and al-Bab, Jarablus and al-Rai regions – which were cleared of terrorists in light of Operation Euphrates Shield launched in 2016 by Turkey and carried out with the support of Syrian opposition groups.

Turkish liras are the currency of choice in many areas, such as bakeries, gas stations, pharmacies and markets in the region.

"As is known, Syria is far behind in terms of development according to all global financial indicators. Additionally, the Caesar Act, protests in Lebanon and the family conflict between the (Bashar) Assad regime and Rami Makhlouf, has caused the entire Syrian pound to lose its value," Al Masri told Anadolu Agency (AA) Friday.

Al Masri noted that the economic crisis the Assad regime is facing is affecting the opposition-held regions.

"We decided to use the currency of our neighboring country, the Turkish lira, with the aim of coming up with solutions. The use of the Turkish lira against the dollar will ease the life for people of the region," he added.

He said residents of the region had been obtaining Turkish liras via the Turkish postal service, or PTT, branches. "People have always supported this move, and this made our job easier," he added.

Muhammed Hashem, who owns a currency exchange office, also said the Syrian pound losing its value against the U.S. dollar caused people to use Turkish liras in their daily transactions and shopping. He said the people in the region are able to purchase bread with Turkish liras at a cheaper price.

Tough new U.S. sanctions under the bill, officially known as the Caesar Syrian Civilian Protection Act of 2019, are also expected to hurt the Syrian economy and its currency.

The bill authorizes additional sanctions and financial restrictions on institutions and individuals that have commercial ties with the Syrian regime.

Syria has been ravaged by civil war since early 2011 when the Assad regime cracked down on pro-democracy protesters. Hundreds of thousands of people have been killed and more than 10 million displaced, according to U.N. estimates.