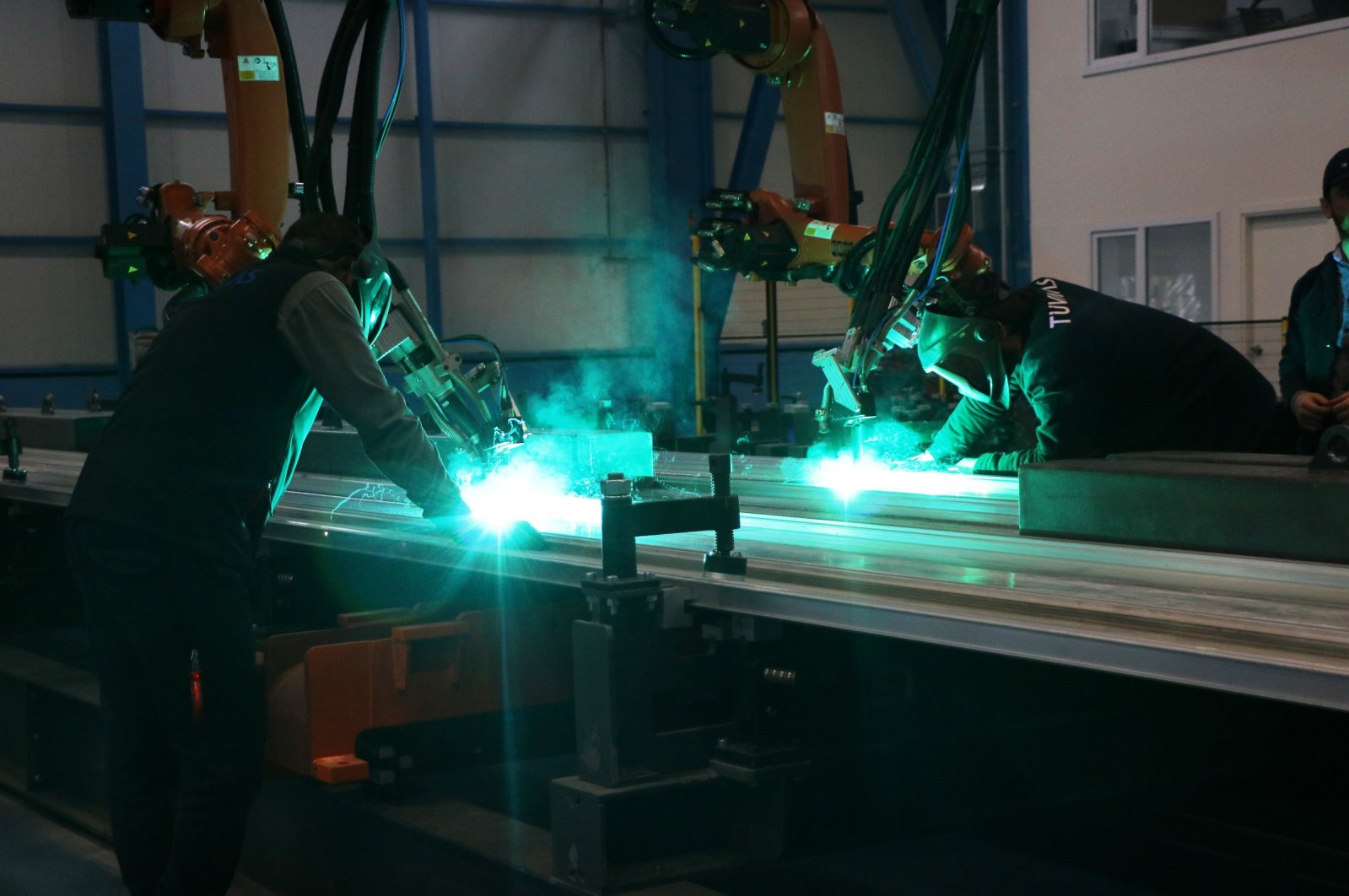 Turkey's Purchasing Managers' Index (PMI) for the manufacturing sector partially rebounded to 40.9 in May, after posting its steepest decline since the global financial crisis in April, a monthly business survey revealed Monday.

The PMI increased by 7.5 points from 33.4 in April, according to the report by the Istanbul Chamber of Industry (ISO), prepared in collaboration with London-based global data firm IHS Markit.

The report noted that the disruption in the country's manufacturing sector remained in May due to the coronavirus pandemic. "Output and new orders slowed sharply again, albeit to lesser extents than in April, while firms scaled back employment and purchasing," it said.

Touching on the U.S. dollar/Turkish lira exchange rate, it highlighted that "the weakness of Turkish lira against U.S. dollar" increased input costs sharply.

It also stressed that the inflation rate was the fastest during a year, and it raised selling prices.

"Manufacturers scaled back employment for the second month running, albeit at a softer pace and one that was much weaker than those seen for output and new orders as the majority of companies kept staffing levels unchanged," it added.

The report recalled that transportation problems due to the measures to stem the spread of COVID-19 prolonged delivery times sharply and receiving items from foreign countries was especially difficult in May.

Andrew Harker, an economist at IHS Markit, said the country's manufacturing sector remained to be affected by the pandemic in May. "Rates of moderation softened, however, suggesting that the sector is on the road to recovery. As long as the virus continues to be brought under control, therefore, the move back to growth should follow in the months ahead."

The manufacturing PMI – derived from indicators for new orders, output, employment, suppliers' delivery times and stocks of purchases – is a composite single-figure indicator of manufacturing performance.

An index value above 50 indicates the sector is growing, while a figure below 50 signals a contraction.

Mustafa Varank, the Turkish industry and technology minister, said the index in May returned back from the deepest level – 33.4 in April – and it is good news for the sectoral recovery and the improvement of expectations.

"With the COVID-19 measures being adhered to and the outbreak waning, we expect a strong recovery in the last two quarters," the minister added.

ING said the rebound was driven by the reopening of some big manufacturers especially in the car industry and related suppliers, though it still showed quite a rapid contraction in manufacturing activity.

The country's gross domestic product (GDP) grew 4.5% year-on-year in the January-March period, the Turkish Statistical Institute (TurkStat) announced Friday, after the economy showed a growth rate of 6% in the last quarter and nearly 1% in 2019 as a whole.

Data demonstrated that the Turkish economy managed to remain less affected by the pandemic, which emerged in China last December and has so far infected nearly 6.2 million people worldwide and claimed more than 372,300 lives, compared with other big economies.

The virus has as of Sunday claimed 4,540 lives in Turkey, according to Health Ministry data. Around 128,000 of the country's roughly 164,000 confirmed cases have recovered from the disease.