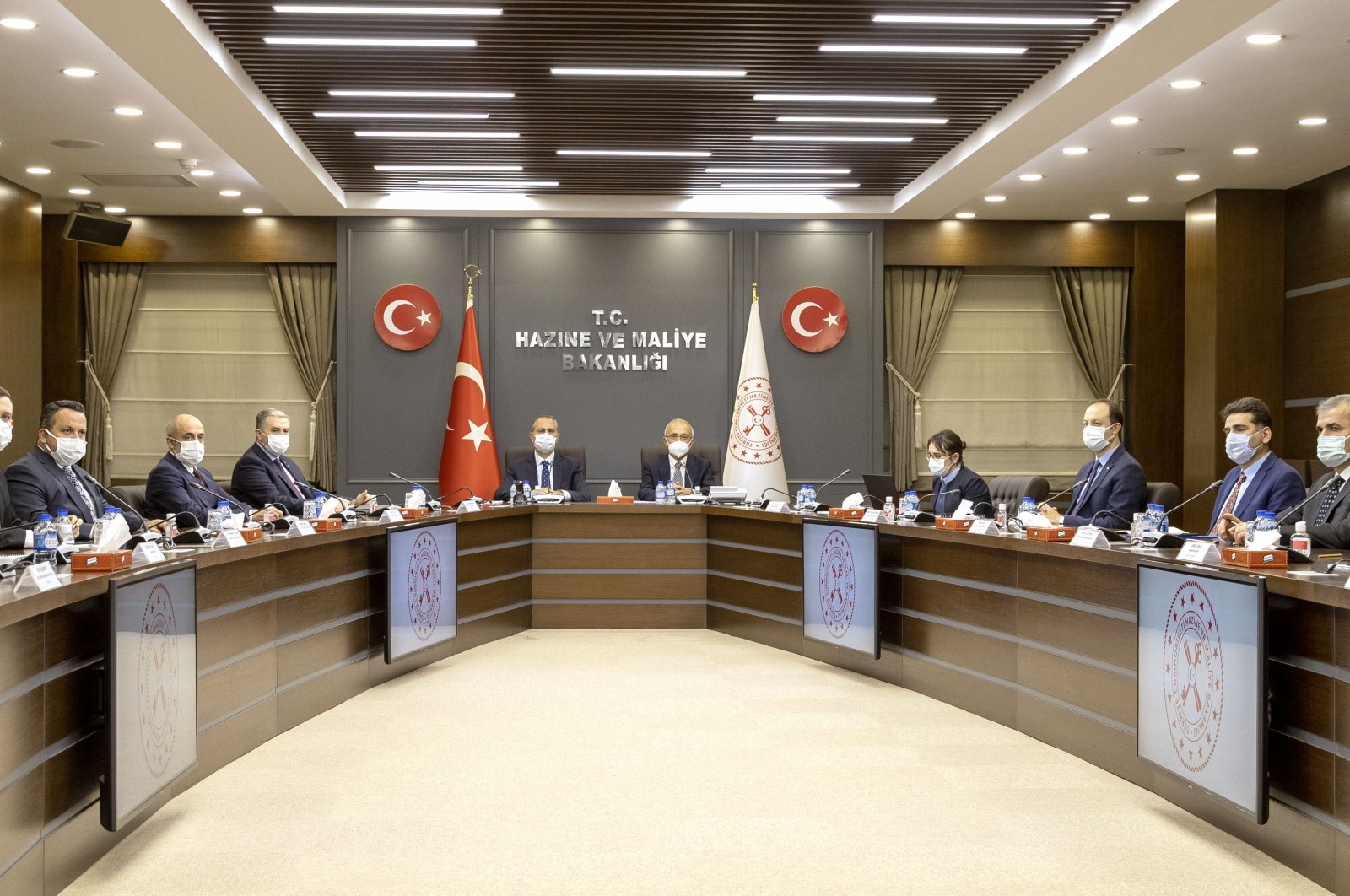 Treasury and Finance Minister Lütfi Elvan and Justice Minister Abdulhamit Gül came together with leaders of the Independent Industrialists and Businessmen’s Association (MÜSIAD).

"Views of the business world will have an important contribution to the regulations we will make," Elvan said on his Twitter account following the meeting that lasted 2.5 hours.

During the meeting, the MÜSIAD delegation presented a report on their expectations and suggestions.

The discussions follow recent pledges by President Recep Tayyip Erdoğan for a new economic approach as he announced the government would launch comprehensive reforms in the economy and judiciary.

Erdoğan said the country would undertake reforms on investment, production, export and employment in the days to come.

He stressed that they would shortly finalize a human rights action plan with measures to boost trust.

After the meeting, TÜSIAD head Simon Kaslowski said, “We are very pleased that solutions in the field of economy and the law in our country are being handled in a constructive environment of consultation.”

“We think reforms in these areas will be very important in terms of the investment climate and an environment of trust,” he added.

Rifat Hisarciklioğlu, the TOBB chairperson, said, "I believe that we will solve economic problems through dialogue and consultation."