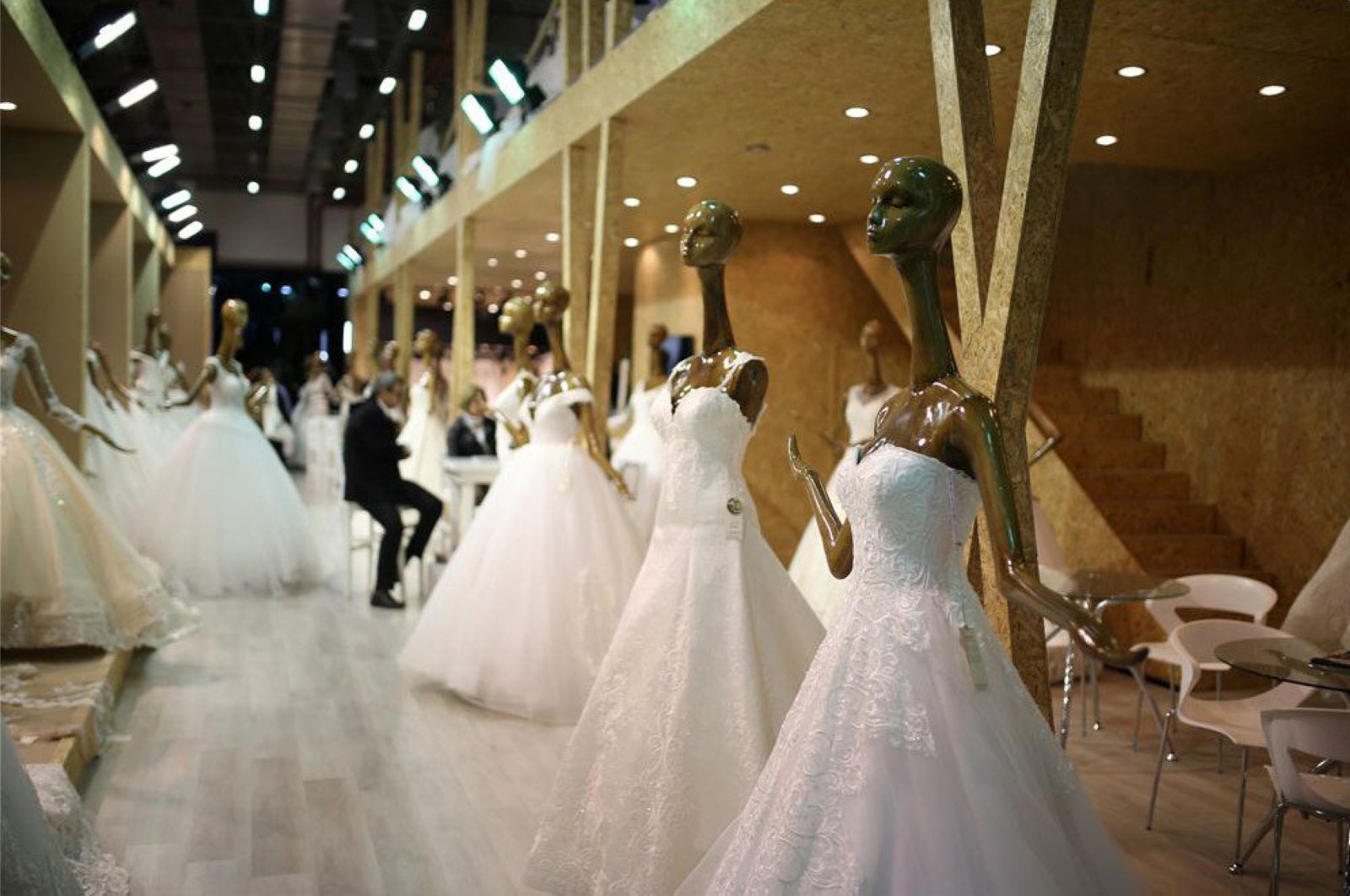 Wedding dress manufacturers and bridal boutiques have been hit particularly hard in Turkey by the coronavirus pandemic as thousands of couples have postponed or canceled wedding plans.

The chairman of Aegean Clothing Manufacturers Association Hayati Ertuğrul told Güneş daily that the wedding dress manufacturers have enjoyed a significant jump in orders from European boutiques in January and February after demand shifted to Turkey from China, where the virus put a serious strain on production. However, orders have declined sharply in March after the spread of the virus in Europe and Turkey and forced hundreds of manufacturers to suspend their production activities in İzmir and Istanbul, Ertuğrul said.

Osmanbey Textile Businessmen's Association (OTİAD) board member Tayyar Günbeyi said that almost all wedding manufacturers operating in Istanbul’s textile centers Osmanbey and Laleli have halted production due to the pandemic.

Günbeyi said businesses are now waiting for international travel to restart for the return of foreign customers, which account for 90% of the sales.

He added that around 20% of textile manufacturers might go bankrupt by the end of the crisis due to high rent payments and the salaries of workers.

Nedim Örün, CEO of Turkish textile company Örünler, said that Turkey is exporting $500 million (TL 3.48 billion) worth of wedding gowns and tuxedos annually to around 80 countries.

He said wedding dresses are the highest value-added export in the textile industry and the extension of lockdown measures during the wedding season could mean almost zero sales for Turkish manufacturers this year.

İsmail Urhan, an owner of a wedding dress shop in Osmanbey, said shops do not expect business to pick up anytime soon as many countries, including Turkey, plan to prohibit crowded gatherings such as weddings until the end of summer.

He said other textile shops are not struggling as much as wedding boutiques as the pandemic’s impact on demand for clothing, in general, has not been as strong.

According to a survey conducted by Turkish wedding website dugun.com, 30% of couples planning to get married in 2020 have postponed their weddings and 2% have canceled their plans. The majority of postponements were for weddings to take place in March and April, while only 8% of couples who have weddings planned in May and June decided to push back the date.