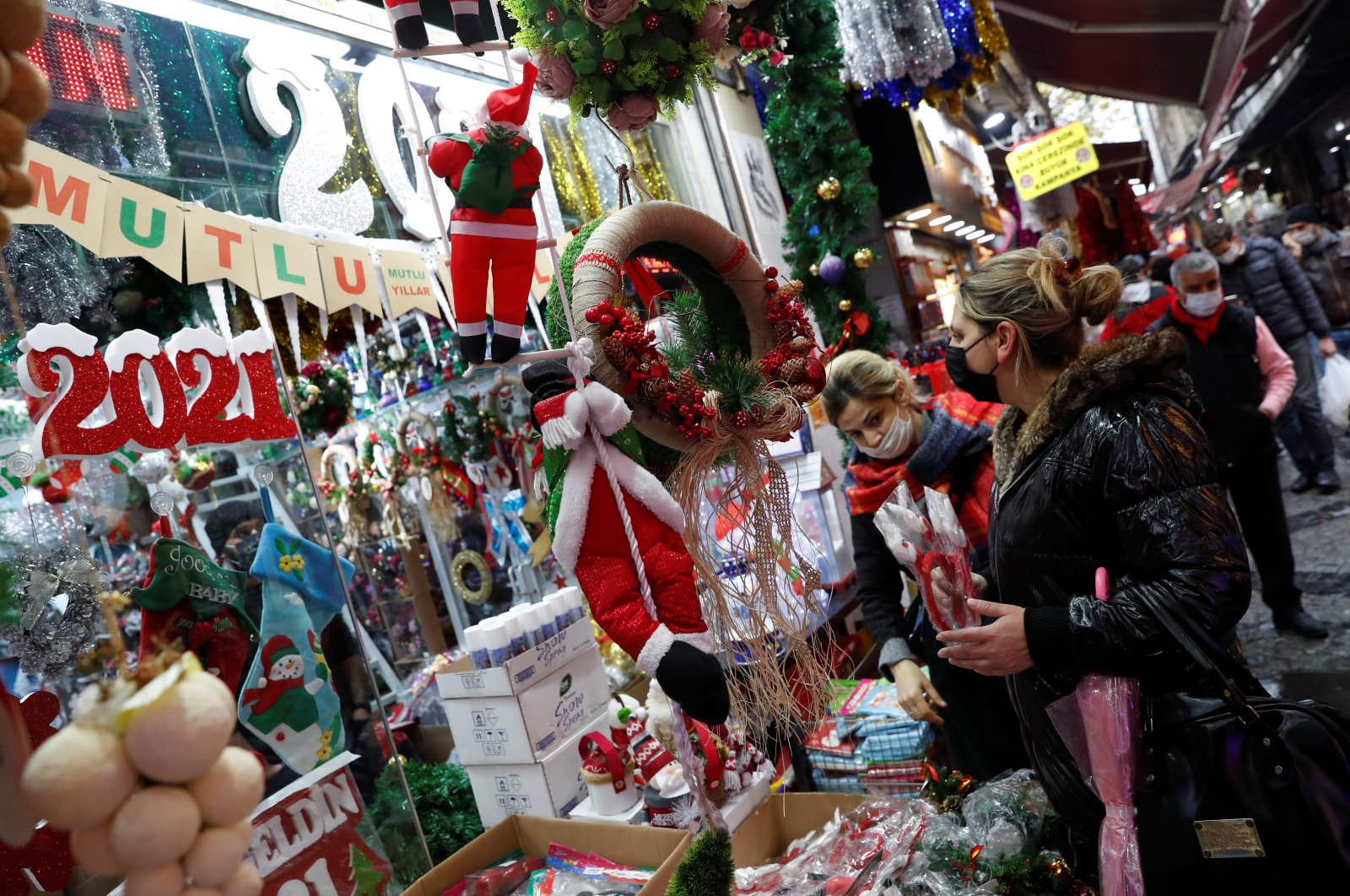 Turkish shoppers have revved up traditional holiday purchases as they prepare for a different sort of New Year's Eve this year.

They will be spending the upcoming New Year's weekend under a lockdown as the government recently announced a four-day curfew to curb the spread of the coronavirus.

The curfew will run from the evening of Dec. 31 and last until the morning of Jan. 4.

Turkish citizens have been on a mission to finish their New Year's shopping, whether it be gifts or snacks, before the lockdown, and this year the online retail sector has been extra busy.

Retailers are expected to ring in record sales. The sector is reporting a three-fold increase in sales of Christmas trees as retailers have been clocking significant digital sales.

Shopping for tableware products and gifts are also projected to see a major increase.

"There is already a serious demand for certain goods and product groups because of New Year's Eve," said Deniz Alkaç, a board member responsible for purchasing at Metro Wholesale Market Turkey.

"We are foreseeing a 57% year-on-year growth in products such as trees for New Year's eve, ornaments and decorations," Alkaç noted.

He added that they expect a 100% increase in sales of tableware, decorations and souvenirs.

"Especially in the cooking products category, we observe that there are 50% more sales than in the regular season," Alkaç said.

Retailers also expect to see a noteworthy rise in sales of goods such as drinks, sweets, snacks, meat and women's perfumes, Alkaç added.

"This New Year's Eve, we expect an average 50% year-on-year increase in chocolate, about 15% in dried nuts and fruits, appetizers, biscuit and cakes, around 30% in readymade popcorns, chips, 10% in processed meat, 17% in special cheese consumed outside breakfast and about 35% in perfume," he said.

"We anticipate that the volume of purchases will increase by 50% compared to normal."

Turkey this month reimposed weekend lockdowns as well as nighttime curfews amid a spike in infections and deaths.

It has avoided a full lockdown since the beginning of the pandemic to keep the country's economy running.

Feyza Dereli, a marketing director at one of Turkey's leading e-commerce sites, GittiGidiyor, also said they project at least a 50% year-on-year increase in overall holiday shopping this year.

Snacks are particularly expected to be a popular category this New Year's Eve.

According to Mondelez&International's annual snack report, almost nine out of every 10 adults in the world said they consumed 64% more snacks during the outbreak.

The research highlighted that 70% of Generation Y and 67% of those working from home were more likely to opt for snacks rather than traditional meals. Six out of 10 adults said snacks will be part of their "new normal" after the pandemic is over.