UK economy lags behind other G-7 countries in Q3 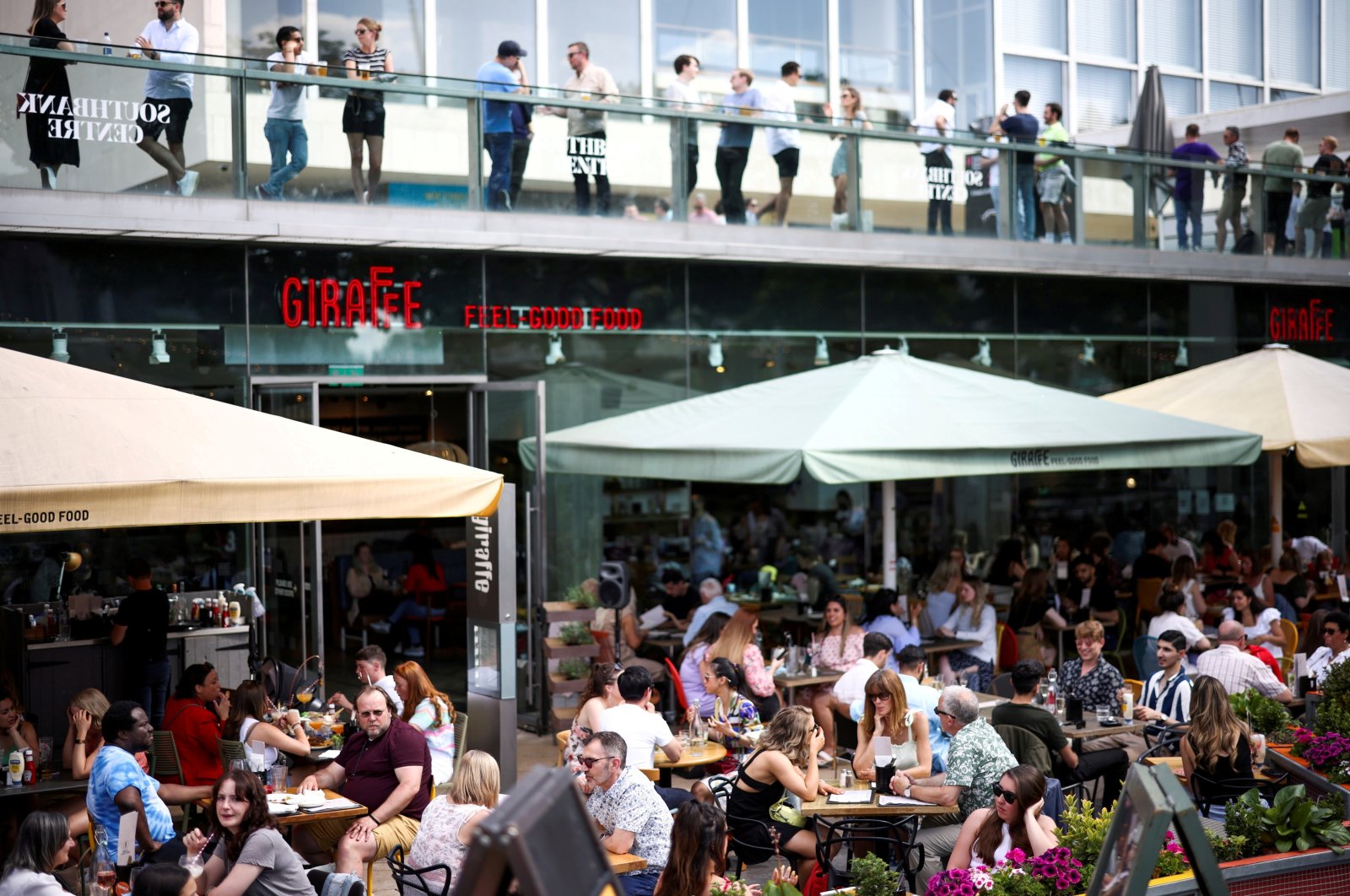 Britain's economic recovery from the coronavirus pandemic lagged behind that of other rich nations in the July-September period, according to official data Thursday, which underscored the interest rate dilemma facing the Bank of England (BoE).

Gross domestic product (GDP) grew by 1.3%, the weakest three-month growth since Britain was under lockdown in early 2021.

The BoE and a Reuters poll of economists had forecast an expansion of 1.5%.

The Office for National Statistics (ONS) said Britain's economy remained 2.1% smaller than it was at the end of 2019, a bigger shortfall than in fellow Group of Seven countries Germany, Italy and France.

The United States has already surpassed its pre-crisis size. Canada and Japan, the other G-7 members, have yet to report third quarter growth data but had already regained more ground by the second quarter than Britain had achieved by the third quarter.

Thursday's data showed British GDP grew by 0.6% in September – stronger than a forecast of 0.4% in the Reuters poll – but estimates for previous months were revised lower.

GDP in July fell by 0.2%, a bigger decline than a previously estimated fall of 0.1%, while output in August was shown rising by just 0.2%, weaker than an originally reported 0.4%.

"Although monthly output rebounded through the quarter from July's contraction this is more likely to reflect a temporary boost from restrictions easing," said Suren Thiru, head of economics at the British Chambers of Commerce.

The BoE said last week, as it kept interest rates on hold, that recent economic growth had been weaker than it had expected and it would keep a close eye on the state of the labor market after the government's job protection scheme ended on Oct. 1.

Paul Dales, an economist at Capital Markets, a consultancy, said he expected the 0.6% growth recorded in September to quickly fizzle out.

"That's one reason why we doubt the Bank of England will raise interest rates above 0.5% next year," he said.

The BoE last week shocked financial markets when it kept its benchmark rate at an all-time low of 0.1% even as it forecast inflation to hit almost 5%, more than double its 2% target.

September's GDP growth was helped by stronger output in the health sector as people got back to visiting their doctors after falling during the pandemic, leading to a 0.7% rise in the services sector from August.

But industrial output fell by 0.4% as gas distribution shrank for the fourth month in a row.

The world's fifth-biggest economy shrank by nearly 10% in 2020, more than most other big rich nations.

But the International Monetary Fund (IMF) forecast in October that it was on track to have the fastest expansion of any G-7 country in 2021 when it was expected to grow by 6.8%.

However, the quick bounce-back from lockdown seen in the spring gave way to slower growth over the summer due to a combination of rising COVID-19 cases, global supply chain problems and post-Brexit shortages of some workers.

The ONS reported a fall in underlying inventories for manufacturers in the July-September period, which it said reflected some of the recent supply chain challenges.