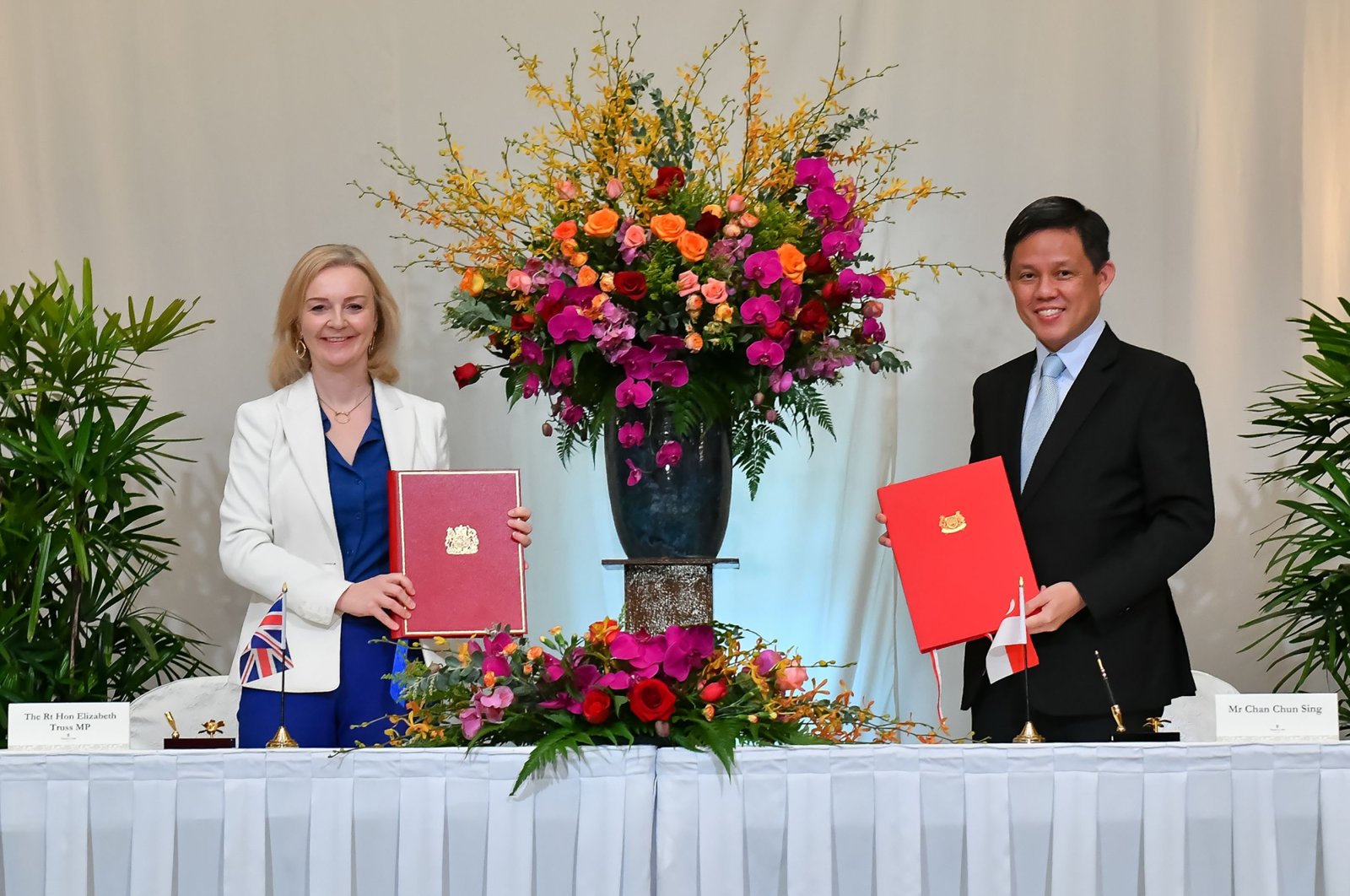 Britain on Thursday signed a free trade deal with Singapore, giving it a key foothold in Asia as it seeks to forge its own path after leaving the European Union, while talks on a post-Brexit agreement stumble.

The deal largely mirrors an existing EU-Singapore pact, with the city-state saying it will cover more than 17 billion pounds ($22 billion) in bilateral trade.

It came as negotiations between Britain and the EU on a trade relationship following the end of this year's post-Brexit transition period teeter towards failure.

The deal removes tariffs and gives both countries access to each others' markets in services, as well as cutting non-tariff barriers in sectors ranging from electronics to pharmaceutical products, Singapore's trade ministry said.

As the deal was signed in the city-state, Britain's International Trade Secretary Liz Truss praised Singapore for its leadership on free trade.

"Now the United Kingdom is back as an independent trading nation, we are free to join this campaign," she said.

"Singapore is already the U.K.'s largest trade and investment partner in ASEAN (the Association of Southeast Asian Nations), while the U.K. is Singapore's top investment destination in Europe," Truss was cited by the Agence France-Presse (AFP) as saying.

Her Singapore counterpart, Chan Chun Sing, said the deal "provides British businesses a platform to access opportunities in the region through Singapore."

Duties will be eliminated by November 2024, at the same timeline as the agreement between the EU and Singapore, a former British colony that maintains close links with London.

Truss said the agreement brings Britain a step closer to joining a massive free trade zone, the Comprehensive and Progressive Agreement for Trans-Pacific Partnership (CPTPP), of which Singapore is a member.

The pact groups 11 Pacific Rim nations, among them Australia, Canada, Chile, Japan, Mexico and Vietnam. A previous version of the deal was once championed by the U.S., but President Donald Trump abandoned it.

Britain signed its first major post-Brexit trade deal with Japan in October, but Thursday's agreement is its first with a member of ASEAN.

The 10-country bloc is home to 650 million people and – prior to the pandemic-induced downturn – had enjoyed rapid economic growth in recent years.

Singapore-based international trade expert Deborah Elms told AFP that deals which mirror the EU's free-trade agreement with its partners are faster than others as "they replicate commitments and texts."

She said the part of the deal that took the most time was coming to an agreement on financial services as both London and Singapore are major hubs for the sector.

"Singapore has concerns about allowing too many financial service operators to be present in what is ultimately a small market," she said.

Elms, executive director of the Asian Trade Centre, also said Britain's potential accession to the CPTPP was a key development: "The U.K. clearly needs to shore up trade relationships in the wake of Brexit."