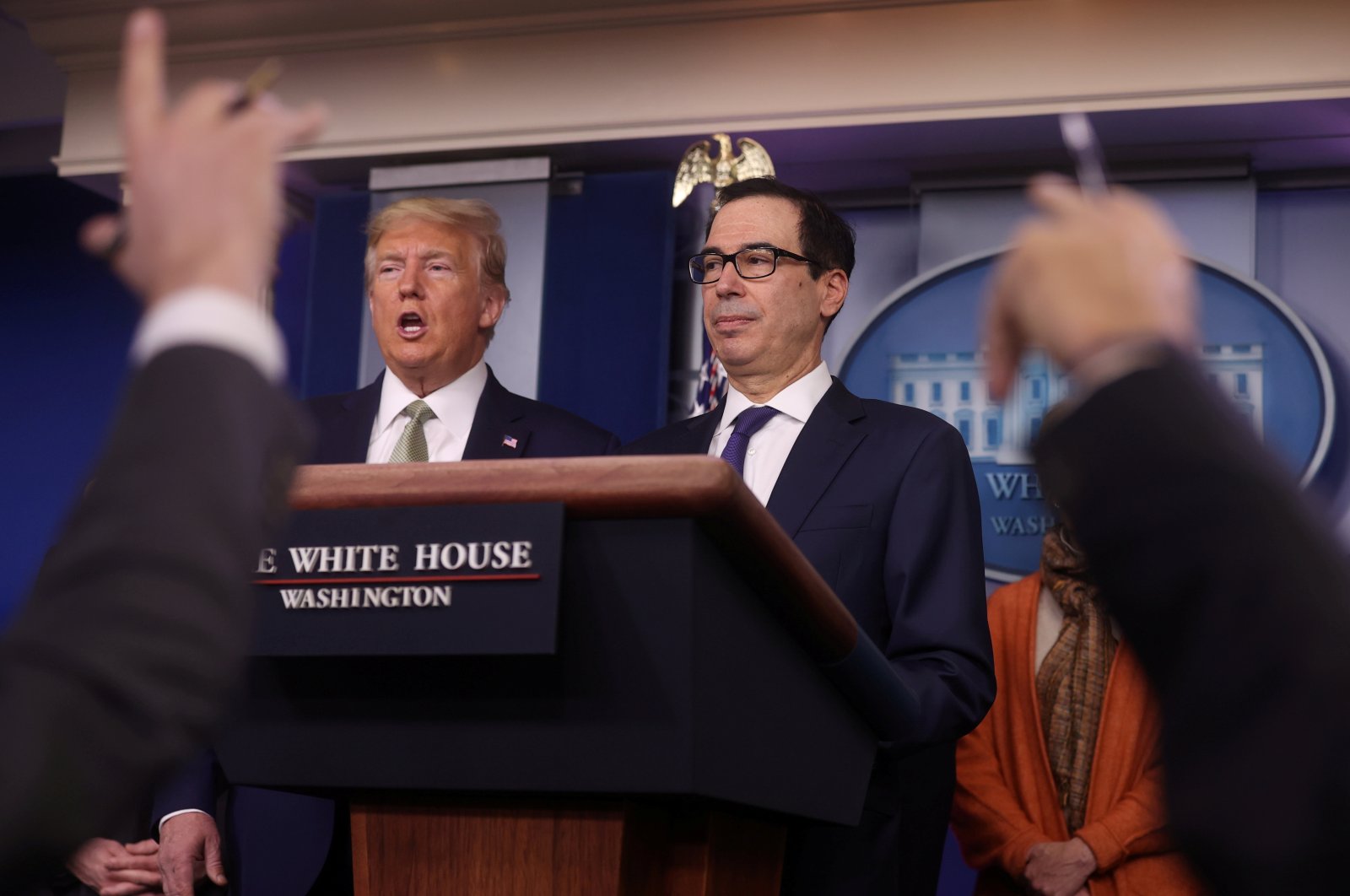 The coronavirus economic relief bill being finalized in U.S. Congress will include a one-time $3,000 payment for families and allow the Federal Reserve to leverage up to $4 trillion of liquidity to support the nation's economy, U.S. Treasury Secretary Steven Mnuchin said on Sunday.

Mnuchin, speaking in an interview on the "Fox News Sunday" television program, said the additional liquidity measures would allow the U.S. central bank to help a broad base of U.S. businesses to get through the next 90 to 120 days.

U.S. administration officials hoped to finalize the legislation on Sunday and see a vote on Monday, Mnuchin said, adding that further steps could be taken if the crisis did not abate in 10 to 12 weeks.

The virus has killed at least 325 and sickened more than 25,000 across the U.S., leading governors and mayors to shut schools, businesses and many aspects of American life.

Mnuchin said the U.S. economy would clearly take a hit from the virus but should rebound once it is contained.

"We need to get the money into the economy now. If we do that, we think we can stabilize the economy," he said.

Nearly one in four Americans, or 80 million, were under orders to close up shop and stay home as New York, California, Illinois, Connecticut and New Jersey instituted statewide lockdowns to try to contain the rapid spread of the highly contagious respiratory illness.

Mnuchin downplayed a question about a possible recession, calling it a "technical question" that was not "terribly relevant" in the current situation since the government was effectively shutting down large parts of the economy to slow the virus.

"When people focus on recessions, it's normally because of a prolonged economic environment," Mnuchin said. "This is a very unique situation that we've never had before. This is the government has self-imposed shutting down large parts of the economy. And as soon as we can get the medical situation under control, we're going to reopen it."

Combined with actions undertaken by the U.S. Federal Reserve and the administration, the prospective bill would have a $2 trillion net impact on a U.S. economy facing powerful headwinds spawned by the outbreak, according to White House officials.

Senate Minority leader Chuck Schumer, a Democrat who met twice on Saturday with Mnuchin, agreed progress was being made.

"I'm optimistic we can get a deal," the New York Democrat told reporters on Saturday.

Once approved by the Senate, any measure would need to be voted on in the Democratic-led House before President Donald Trump could sign it into law.