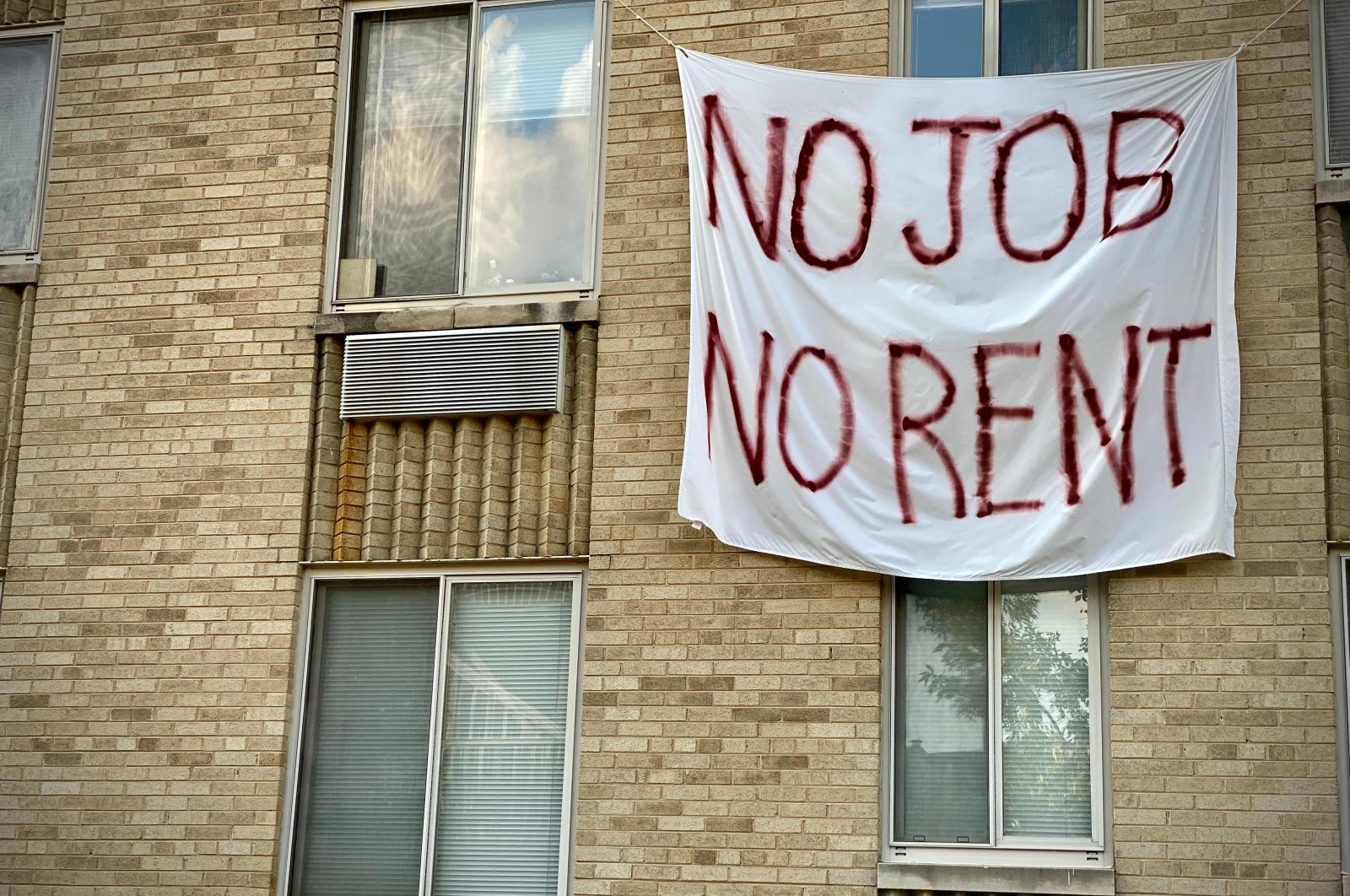 A banner against renters eviction reading “no job, no rent” is displayed on a controlled rent building in Washington, DC on August 9, 2020. (AFP Photo)
by ASSOCIATED PRESS Aug 10, 2020 6:32 pm
RECOMMENDED

The number of jobs posted on the last day of June jumped 9.6% to 5.9 million, the Labor Department said Monday, a solid gain but still below the pre-pandemic level of about 7 million. Meanwhile, employers hired 6.7 million people in June, down from 7.2 million in May, a record high.

The figures suggest that restaurants, bars, retail shops and entertainment venues – businesses that were subject to shutdown orders in April – continued to bring back workers at a healthy pace. Job openings in those industries also rose.

But outside those categories, employers remain reluctant to bring on new workers, a trend that could weigh on the economy in the coming months. Hiring slowed sharply in manufacturing, construction, and health care services in June.

The government has previously reported that the nation gained 4.8 million jobs in June. That figure, however, is a net total, while Monday's report, known as the Job Openings and Labor Turnover Survey, or JOLTS, provides gross hiring figures, without subtracting layoffs or quits.

On Friday, the government said employers added a net 1.8 million jobs, a solid gain but far below June's increase and below the 2.7 million added in May. Employers slashed 22 million positions in March and April, and so far 42% of those lost jobs have been regained.

The number of people quitting their jobs, meanwhile, rose by one-quarter to nearly 2.6 million, a huge gain that is unusual in the depths of a recession, when workers typically try to hold onto jobs. Many workers may be reluctant to remain in jobs that they believe put their health at risk. Economists also worry that many are quitting jobs to look after children, a trend that could also hold back job growth.