US officially in recession since February, ending record 128-month expansion 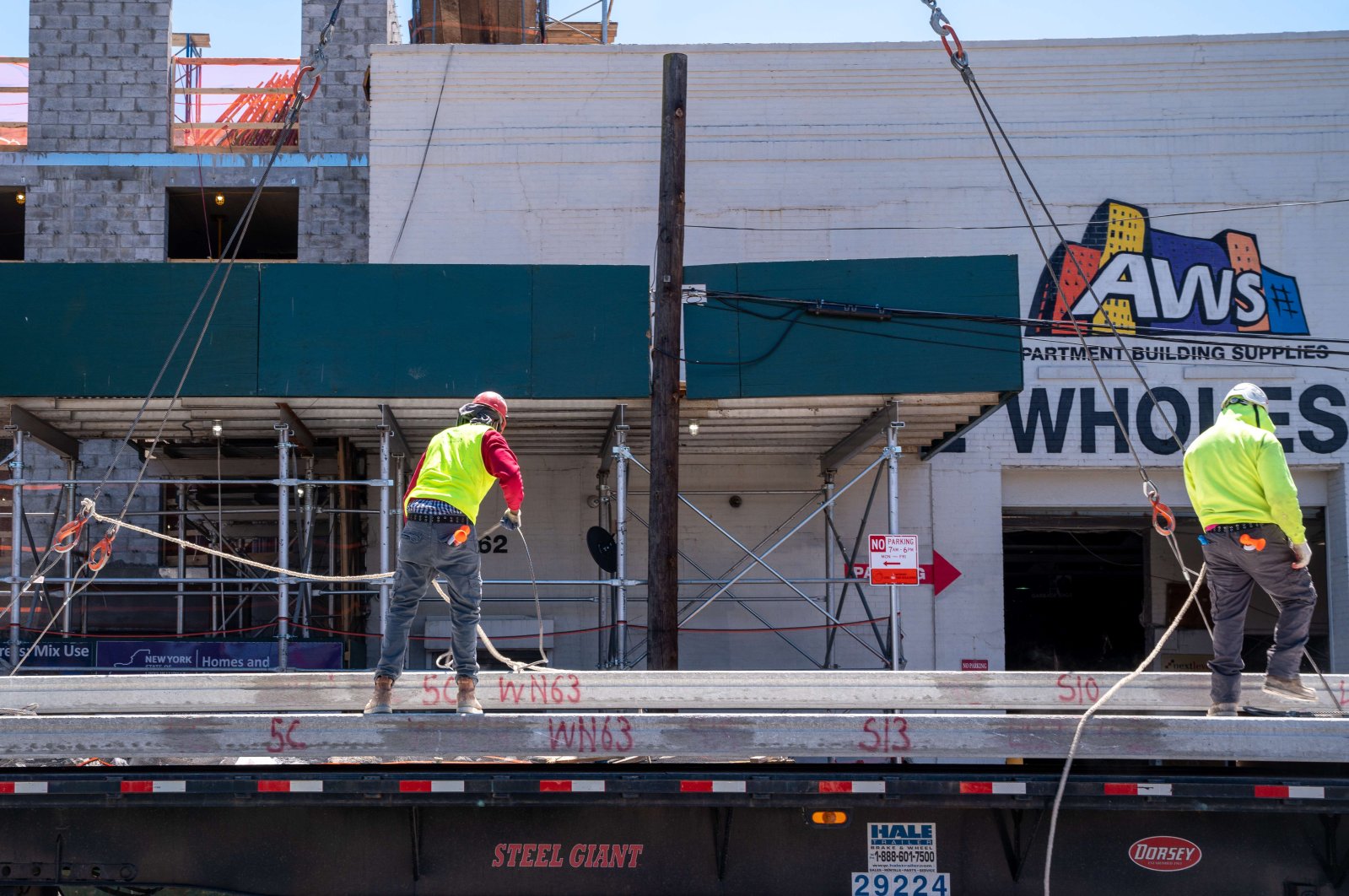 Construction workers return to the job as part of phase one of reopening the city from the coronavirus lockdown in the Bronx borough of New York City, New York, U.S., June 8, 2020. (AFP Photo)
by ASSOCIATED PRESS Jun 08, 2020 8:39 pm
RECOMMENDED

The U.S. economy entered a recession in February as the coronavirus struck the nation, a group of economists declared Monday, ending the longest expansion on record.

The economists said that employment, income and spending peaked in February and then fell sharply afterward as the viral outbreak shut down businesses across the country, marking the start of the downturn after nearly 11 full years of economic growth.

A committee within the National Bureau of Economic Research, a trade group, determines when recessions begin and end. It broadly defines a recession as “a decline in economic activity that lasts more than a few months.”

For that reason, the NBER typically waits longer before making a determination that the economy is in a downturn. In the previous recession, the committee did not declare that the economy was in recession until December 2008, a year after it had actually begun. But in this case, the NBER said the collapse in employment and incomes was so steep that it could much more quickly determine that a recession had begun.

“The unprecedented magnitude of the decline in employment and production, and its broad reach across the entire economy, warrants the designation of this episode as a recession, even if it turns out to be briefer than earlier contractions,” the NBER panel said.

The unemployment rate is officially 13.3%, down from 14.7% in April. Both figures are higher than in any other downturn since World War II. A broader measure of underemployment that includes those who have given up looking and those who have been reduced to part-time status is 21.2%.

On Friday, the government said that employers added 2.5 million jobs in May, an unexpected gain that suggested job losses may have bottomed out. A recession ends when employment and output start to pick up again, not when they reach their pre-recession levels. So it's possible that the recession could technically end soon.

Even if so, most economists expect a full recovery could take two years or more, with the unemployment rate likely still 10% or higher at the end of this year. With few Americans traveling, eating out or shopping at anywhere near their previous levels, consumer spending – the primary driver of the U.S. economy – could keep economic activity weak for many more months.