US sanctions to further devastate what remains of Syria's ailing economy 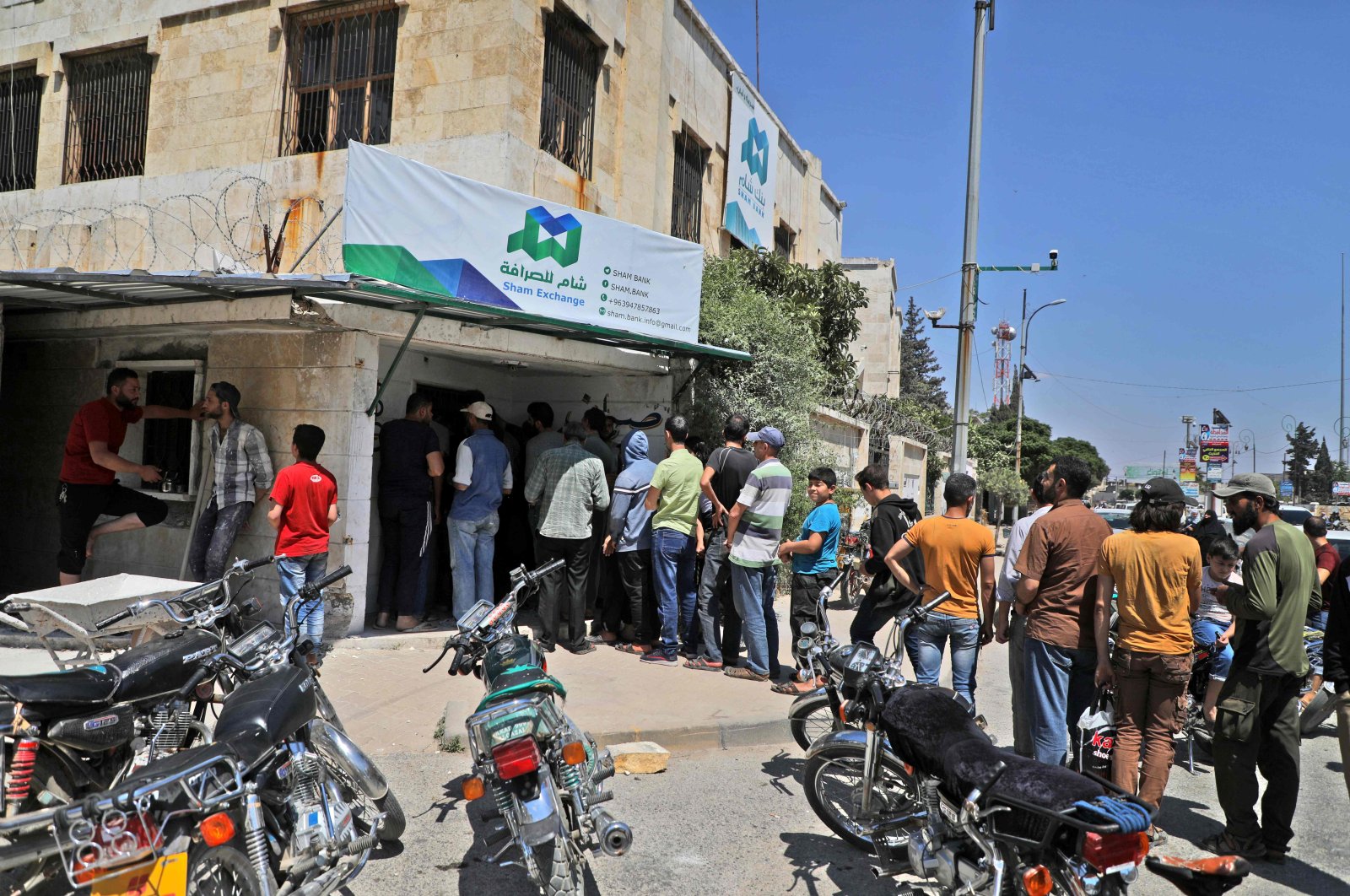 Fresh sanctions from Washington have come at a time when Syrians are wrestling with a severe currency crisis. While the U.S. aims to cripple the Bashar Assad regime, analysts say the sanctions will only hurt reconstruction and stabilization plans in the war-torn country.

Many Syrians are struggling to make ends meet after the value of the local currency plunged against the dollar, leading prices to increase in the country.

The U.S. on Wednesday imposed the new set of sanctions on Assad, his wife Asma Assad and dozens of others as it vowed a vast pressure campaign under a new law. The sanctions include 39 individuals and entities.

"We anticipate many more sanctions and we will not stop until Assad and his regime stop their needless, brutal war against the Syrian people," Secretary of State Mike Pompeo said in a statement.

Analysts, meanwhile, say the new raft of U.S. sanctions, known collectively as the Caesar Act, could further devastate what is left of the ailing economy and increase suffering in the war-torn country.

"The prices of food and basic items have skyrocketed, some of which have increased by more than 60% or 70%, exceeding the capacity of consumers," Yasser Ammar, a Damascus-based employee at a public company, said in a report published by the German Press Agency (DPA) on Wednesday.

"The markets (are now) without shoppers. Our salaries are the same, while prices are constantly rising and many items have disappeared from the shopping lists of even well-off people," Ammar added.

"Civilians already have been affected by the war," said Kheder Khaddour, a non-resident scholar at the Beirut-based Carnegie Middle East Center think tank. "But we might see society more insecure ... civilians are losing hope for the future."

"The economic situation will shatter the life of Syrians on the same level (as) the war," Khaddour said.

Last week, the value of the Syrian pound fell against foreign currencies, with the exchange rate reaching 3,500 pounds against the U.S. dollar, the lowest since the war started in 2011.

Prior to the war, the pound had traded at 50 to the dollar.

Syria devalued its currency by 44% on Wednesday, announcing a new official exchange rate for the pound amid chaos in the market, hours before the new sanctions.

The Central Bank announced a devaluation of the pound, raising the official exchange rate from 704 to 1,256 pounds to the dollar in an effort to ease the pressure on the black market and encourage the use of official channels for transactions. The price on the black market, according to unofficial social media pages, neared 2,825 pounds for a dollar.

Danielle Moylan, the spokesperson for the United Nations Office for the Coordination of Humanitarian Affairs (OCHA) in Syria, said: "the U.N. is seeing rising hunger and growing poverty across all of Syria. A record 9.3 million Syrians are now estimated to be food insecure – this is an increase of 1.4 million in just the last six months."

"Record food prices are a key contributor to this new crisis," Moylan added.

Assad now faces the most challenging period of his rule during the course of the nine-year civil war as a collapsing economy, a rift within his family and rising tensions with his key ally Russia are all threatening his already fragile regime. The hardship has triggered new protests in the regime-held areas, including some angered residents even calling for his downfall. In the past week, demonstrations took place in the regime-held areas such as the southwestern city of Sweida, where people took to the streets to protest the economic collapse.

The Caesar Act is named after the pseudonym of a Syrian military officer who in 2014 smuggled out of Syria some 55,000 pictures, many of which revealed evidence of torture inside regime jails, and these sanctions are the toughest set of measures to be imposed on Syria yet.

The bill can be used to target the Syrian regime's main backers, namely Russia, Iran and Lebanon's armed militia, Hezbollah, which have been helping the regime combat opposition groups.

The sanctions would also hit businesses anywhere seeking to do business with Syria.

Any move that supports the regime, even indirectly, could be a reason for sanctions to be imposed, analysts say, meaning that the reconstruction or development of the economy could be severely hampered.

"The Caesar (Act) will certainly have an impact. These are very severe sanctions that were explicitly designed to deepen the Syrian regime's isolation and make the country's reconstruction and stabilization impossible. That is exactly what they will do," Aron Lund, a fellow with the New York-based think tank The Century Foundation, told DPA.

Not only the military, oil and gas industries would be hit by the sanctions, but also the construction sector, Heller said, deterring investors from helping rebuild the country's war-damaged infrastructure.

The spike in the Syrian pound came not only ahead of the sanctions but also after the sudden fall from grace of tycoon and Assad's cousin Rami Makhlouf, which has left other top businessmen on edge.

Meanwhile, with the uncontrolled plummeting of the Syrian pound and price hikes that worsen the already devastated life of Syrians, the opposition-held areas of the country are switching to the Turkish lira, including Idlib, which is home to 3 million and where Turkey holds military observation posts under a deal with Russia to prevent further escalation, along with areas under the control of the Turkish-backed-Syrian National Army (SNA).

Northwestern Azaz district and several towns in northern Aleppo province, which was cleared of terrorist elements including Daesh and the YPG/PKK in Turkey’s counterterrorism operations, are also among the areas where the Turkish lira has been brought into circulation as a substitute for the utterly weakened Syrian pound.