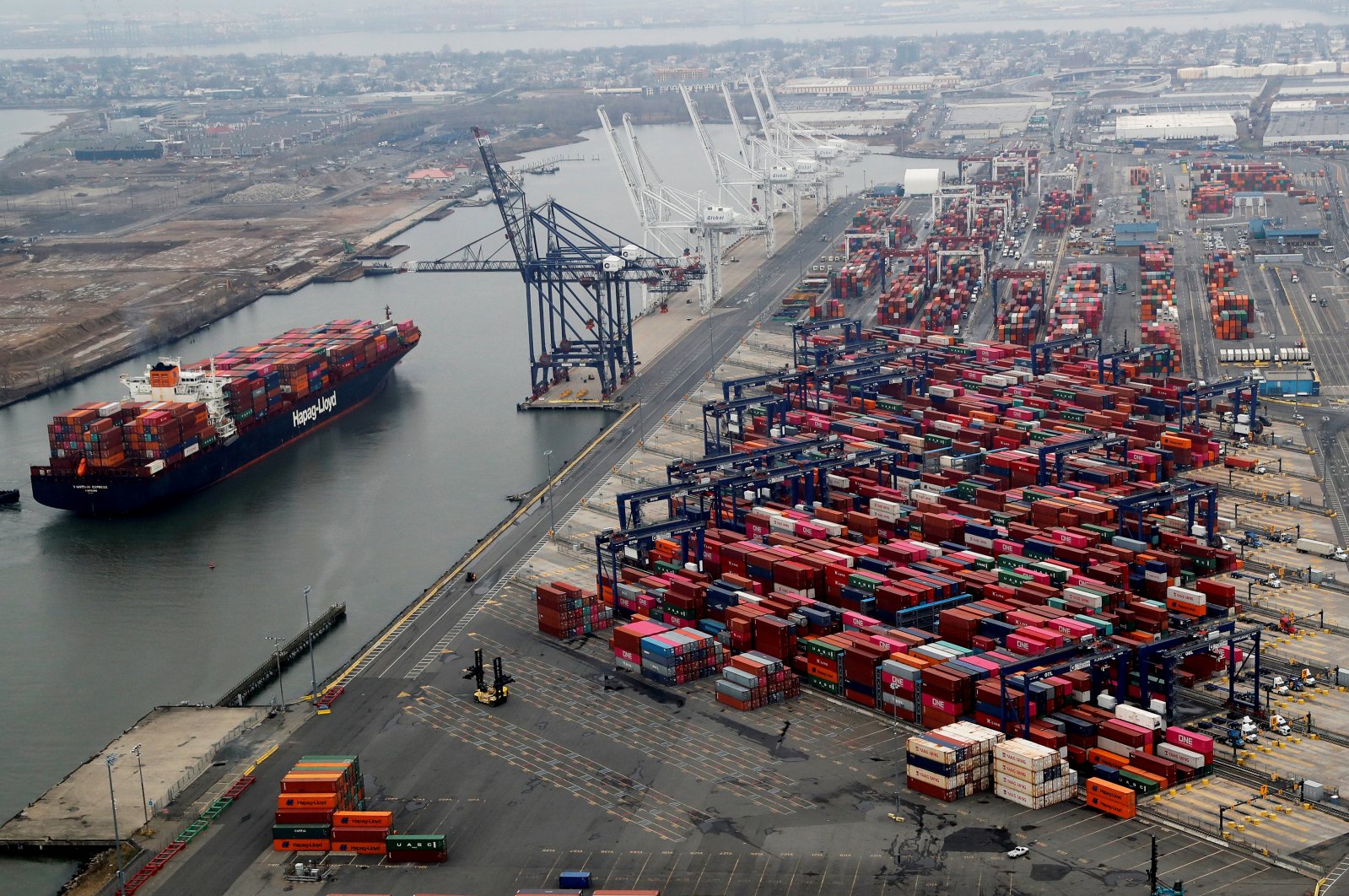 A container ship floats near hundreds of shipping containers stacked at a pier at the Port of New York and New Jersey in Elizabeth, New Jersey, U.S., March 30, 2020. (Reuters Photo)
by ASSOCIATED PRESS Oct 06, 2020 5:29 pm
RECOMMENDED

The U.S. trade deficit rose in August to the highest level in 14 years.

The Commerce Department reported Tuesday that the gap between the goods and services the United States sells and what it buys abroad climbed 5.9% in August to $67.1 billion, highest since August 2006. Exports rose 2.2% to $171.9 billion on a surge in shipments of soybeans, but imports rose more – up 3.2% to $239 billion — led by purchases of crude oil, cars and auto parts.

The U.S. deficit with the rest of the world in the trade of goods such as airplanes and appliances set a record of $83.9 billion in August. The U.S. ran a surplus of $16.8 billion in the trade of services such as banking and education, the lowest since January 2012.

The politically sensitive deficit in the trade of goods with China fell 6.7% to $26.4 billion.

Hammered by the coronavirus and its fallout on the world economy, total U.S. trade – exports plus imports – is down 15.1% so far this year to $3.2 trillion.

President Donald Trump campaigned on a pledge to bring down America’s persistent trade deficits. He imposed taxes on imports of steel, aluminum and most products from China, among other things, and renegotiated a North American trade pact in an effort to encourage more production in the United States.