US wants to boost bilateral trade with Turkey, envoy says 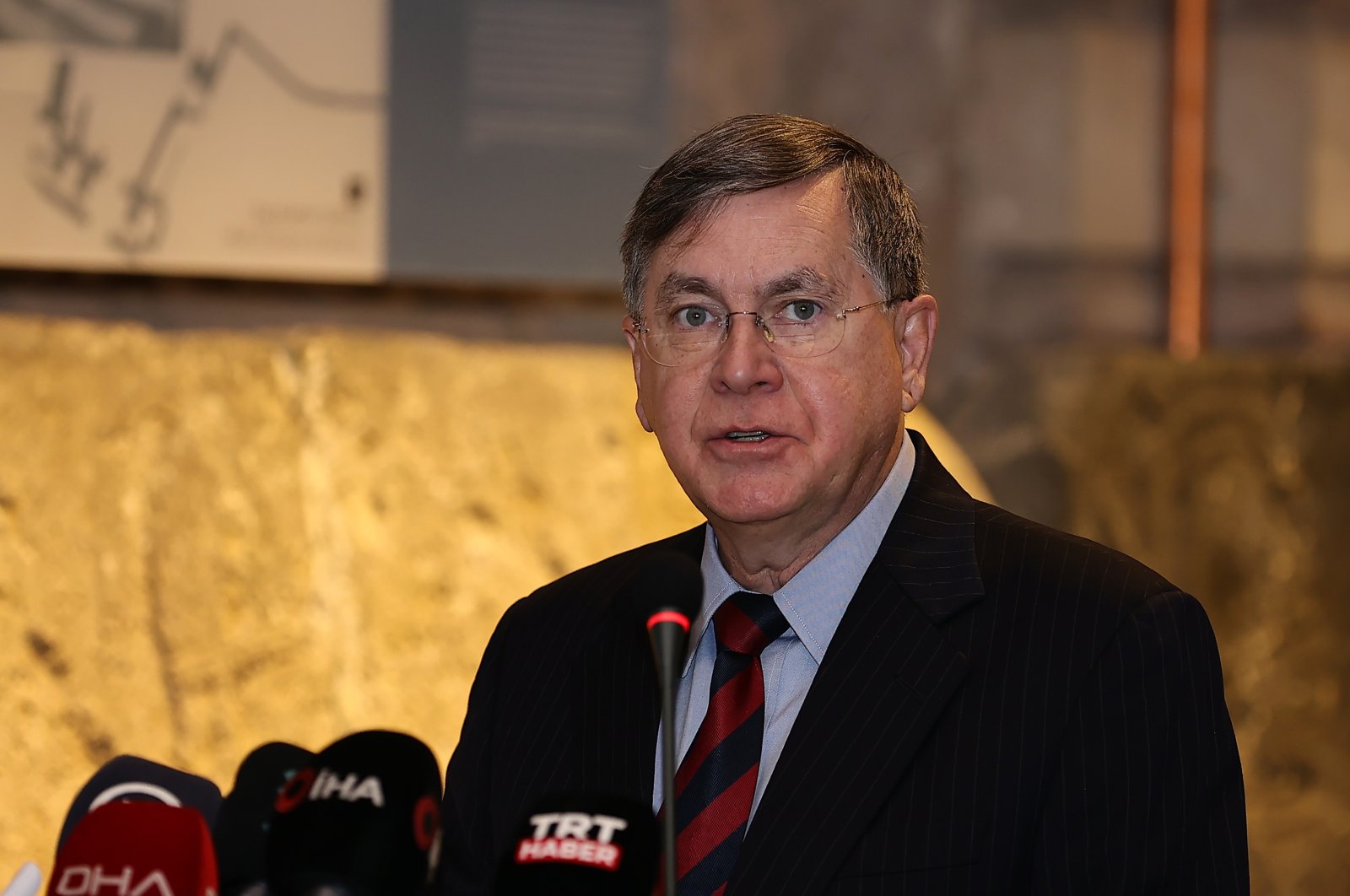 Satterfield said the existing trade ties have benefited a large number of American and Turkish partners for many years.

Trade between Turkey and the U.S. has been on a steady rise over the last several years, and even the coronavirus pandemic did not prevent the volume from exceeding $20 billion in 2020.

The bilateral commerce amounted to some $20.68 billion in 2018, before it saw a slight drop to nearly $19.3 billion in 2019, according to Turkish Statistical Institute (TurkStat) data.

The volume again increased in 2020, overshadowed by the pandemic, surging to approximately $20.1 billion, the data showed.

Satterfield emphasized that exports and imports were almost equal, with both standing at around $10 billion.

“These figures reflect our diversity-based and balanced trade relationship,” the ambassador said.

President Recep Tayyip Erdoğan had a close relationship with Trump during his term, which was also marked by disagreements on many issues.

Erdoğan and Trump in June 2019 embraced a goal to increase the bilateral trade target from $75 billion to $100 billion.

Whether Biden will embrace the goal remains to be seen but Turkish businesspeople have expressed hopes that the new administration would contribute to strengthening ties.

“This year, we wish to work together with Trade Minister (Ruhsar) Pekcan and Treasury and Finance Minister (Lütfi) Elvan on (progressing in commerce),” Satterfield said.

“While our current trade ties are already strong, the U.S. government is keen to continue to strengthen those ties and increase bilateral trade.”

Satterfield stressed that commerce goes far beyond the ups and downs experienced by the geopolitical alliance and plays an important role in the ongoing mutual commitment between the two countries.

The ambassador noted that these relations cover many sectors and stressed that the production facilities of many well-known American companies are located in Turkey.

More than 1,700 American firms with total assets of $31.2 billion operate in the country and provide employment to 78,000 people.

These companies export from Turkey to Europe, Eurasia and the Middle East, the envoy said.

“The most positive aspects of Turkey’s investment climate are the country’s favorable population and its important geographical location, which provides access to a large number of markets in its region,” Satterfield noted.

“In addition to the contribution of bilateral trade to the well-being of our countries, working together can contribute to the diversification of supply chains, the importance of which has once again been understood during the pandemic period,” he added.

Turkey has exported nearly $190 million worth of personal protective equipment to the U.S. since the pandemic began, according to the ambassador.

“This is a perfect example of how effectively the two countries’ economies can work together. This personal protective equipment has ensured that our people are safe and, no doubt, many lives have been saved,” Satterfield said.

“We are extremely grateful to Turkey for this.”