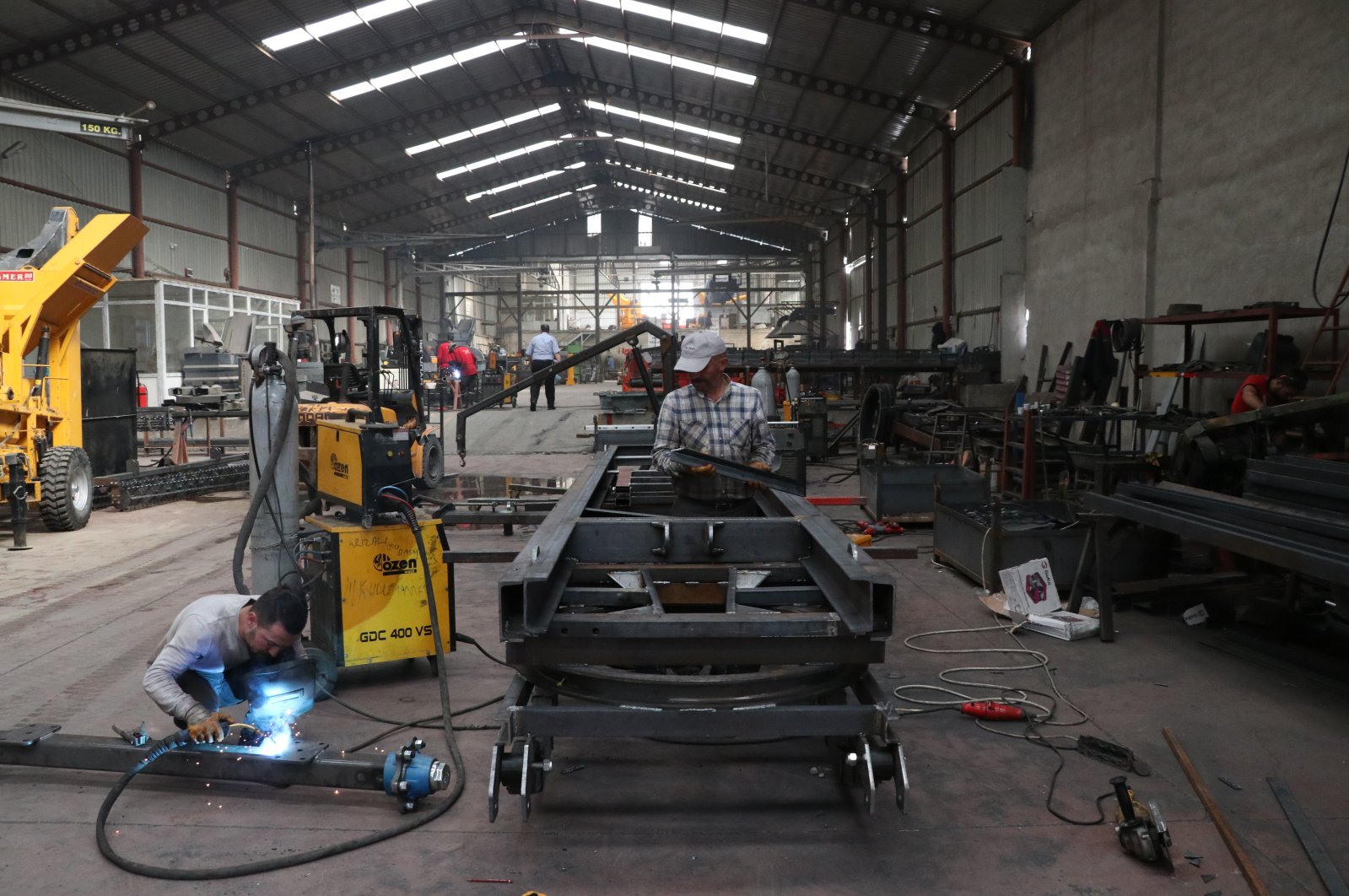 After seven months marked by the pandemic and lockdowns, Turkish markets have started to recover, lifted by a combination of low-interest loans and deferred demand, a survey showed Monday.

With a V-shaped recovery for both the nation's production and consumption, economic activity has caught up with last year, according to the “Pandemeter,” a survey by the Istanbul Chamber of Commerce (ITO).

“With the normalization process, many of our sectors have at serious rates managed to rectify the losses caused by the pandemic. The period of normalization marks a new breakthrough,” said ITO Chairman Şekib Avdagiç.

The survey examined 11 indicators such as tax collection, housing and car sales, interest rates, capacity utilization rate, bounced checks and the number of newly established firms covering the periods from January through June of 2019 with 2020.

Avdagiç told Anadolu Agency (AA) Monday that they have boosted their strength against a possible second wave of the virus. “As we enter the last two quarters of the year, we have significantly eluded the outbreak's impact. The second half of 2020 will be the year of gaining strength against the pandemic,” he added.

Citing data from relevant institutions and organizations, the survey showed that the tax payments in Turkey’s largest metropolis, Istanbul, jumped by 10% to over TL 154 billion ($22 billion) in the first half of this year, compared with some TL 139 billion in the same period a year earlier.

Among others, the number of newly established companies has been also up 10% year-on-year as some 30,509 firms were launched, compared with 27,752 companies established in the January-June period of 2019.

On the other hand, business confidence among Turkish manufacturers, which stood at 98.3 points in July last year, jumped to 100.7 points in the same month of this year, according to data by the Central Bank of the Republic of Turkey (CBRT). The figure rose 8.1 points from 92.6 points in June. A score of 100 or more denotes optimism, while a number below the 100 mark designates pessimism.

The recovery in July came after the country started to ease restrictions aimed at reviving the economy as of May and further relaxed them at the beginning of June after a sharp slowdown in the number of new cases and fatalities due to COVID-19, the respiratory disease caused by the coronavirus.

Residential property sales in Istanbul from January through June surged by 16% year-on-year to over 106,000 units.

Spending via local and foreign cards increased by 7.18% year-on-year to TL 509 billion, up from TL 475 billion from January through June last year, the data showed.

The volume of consumer loans, made up of housing, vehicles and necessities, rose to TL 622 billion in the week of July 24 this year, up 55.04% year-on-year.

While the manufacturing industry used 76.2% of its capacity in July 2019, the same rate dropped to 70.7% in the same month of this year. The capacity utilization rate has, however, increased by 4.7 percentage points compared to June this year, the CBRT data showed.

The survey also said that exports from Istanbul fell by 16% year-on-year to $36 billion from January through June this year.

Meanwhile, both export and import figures dropped by 15.1% and 3.2%, respectively, in the January-June period this year. Exports amounted to some $75.2 billion while imports stood at $98.9 billion.

They rebounded in June, however, posting a 15.7% and 8.3% year-on-year increase, respectively. Exports came in at $13.5 billion, while imports rose to $16.3 billion, the data by the Turkish Statistical Institute (TurkStat) showed.

In addition, despite the increase in the number of checks submitted to banks, the amount that bounced in Istanbul declined. It dropped by 42% year-on-year to TL 3.1 billion in the January-June period.

Actions taken by the government to cushion the fallout of the pandemic on industry have yielded positive results, ITO’s Avdagiç said. He used an example of the synchronized fight by the government, business world and citizens against the outbreak.

In its latest move, the government last week announced steep value-added tax (VAT) cuts for services and a withholding tax reduction for tradesmen to help the economy weather the pandemic.

“We cut the VAT in accommodation and catering services and cultural activities such as cinema, theater and museum entrance fees from 8% to 1%,” Treasury and Finance Minister Berat Albayrak said on Twitter.

The VAT in passenger transportation, wedding organizations, residential maintenance and repair, dry cleaning and tradesmen services, such as tailoring, was slashed from 18% to 8%, Albayrak noted. The withholding tax on office rents for tradesmen was halved from 20% to 10%.

Avdagiç went on to say that both measures and keeping the production channels open yielded positive results, adding that while many countries have accepted to go through 2020 with major contractions, Ankara would evaluate the year as a “period of restoring its economic condition.”

Indicators show that Turkey is among the countries that managed to recover early, the chairman suggested. “Now, the goal is to be in the first ring. We have the potential to do that. Our government's approach to reducing the current account deficit by supporting export products that substitute imports is very important. A determined vision was set, a support package was put in place. We must surely reduce the external deficit with the support of our government. We need to work hard on this,” he explained.

Avdagiç also pointed to the importance of the tourism industry, both in terms of employment and the foreign exchange it brings into the country.

“We hope there will be no second wave of the pandemic, and we will recover our losses in the food and drink sector through tourism and related sectors such as travel agencies, tourism transport companies, fairs, events and show organizers,” he concluded.